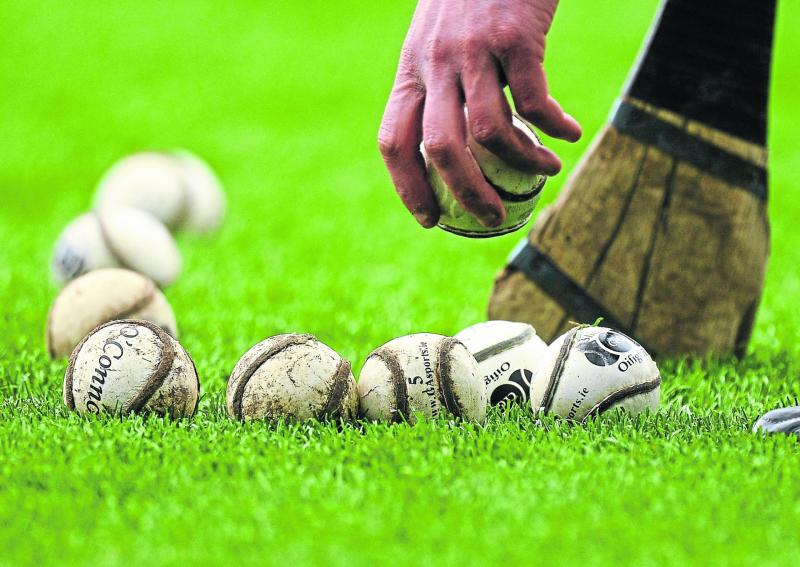 The hurling season is in full swing to use an appropriate phrase and it is not without its thrills and spills as evidenced by the match between ourselves and age-old rivals Wexford, with the prospect of better things to come perhaps even lifting the Liam MacCarthy Cup - the holy grail of our national game.
And it’s hard to believe that hurling was once banned in Kilkenny; Kilkenny the top dogs, or rather top cats, top of the pile with 36 All-Ireland senior hurling titles trailed by Cork with 30 and Tipp with 28. And I love reiterating that statistic because I come from an era when I thought Kilkenny would never catch up with Cork and Tipp; that we have left both trailing in our wake always brings a smile of satisfaction to my face.
The ban on hurling originated here in Kilkenny in 1366 when King Edward III of England wanted to prevent the Anglo-Norman settlers from becoming more Irish than the Irish themselves. And so Edward’s son, Lionel, Duke of Clarence, assembled a parliament in Kilkenny and enacted the infamous Statute of Kilkenny which consisted of 26 clauses one of which ‘forbade the King’s loyal subjects to wear Irish-style clothing, to speak Irish, to have an Irish hair-cut, or to play hurling or other Irish games’.
The ban on hurling went further than the other prohibitions as it applied to all inhabitants of Ireland - conquerors and natives.
The relevant clause of the Statute declared: “It is ordained that the commons of the said land of Ireland use not henceforth the games which men call Hurling with great clubs and ball upon the ground but that they apply themselves to other gentle games which pertain to arms”.
After the enactment of the Statute of Kilkenny, many an Irish and Anglo-Norman youth was flogged publicly or imprisoned for wielding a hurley. Folklore has it that those who were arrested for hurling and who were stretched on the rack, walked taller upon their release having added, they maintained, a few inches to their height – an advantage for plucking a sliotar out of the air, as the 6’4” Walter Walsh is testament to.
Kilkenny witnessed hundreds of floggings and convictions for the criminal offence of hurling. In 1367, a year after the enactment of the ban on hurling, a Norman gentleman by the name of Geoffrey Fitzthomas, heard this scathing comment from a magistrate of Kilkenny’s court: “You have been found guilty of the nefarious and detestable crime of striking a ball with a stick in the manner peculiar to the Irish”.
The court was told that Geoffrey Fitzthomas had fallen in with what the prosecution described as ‘bad company, a group of Kilkenny hurlers’. Today in Kilkenny, people would consider it a privilege to fall in with the company of hurlers.
Geoffrey promised not to hurl again, claiming that he couldn’t resist playing when he beheld the great skill of the young men out hurling in the meadows as he rode home in the evenings. The judge, however, was not impressed, telling the unfortunate Geoffrey: “I would, without hesitation, be sending you to the gallows. Howsoever, I can tell you now that you will be flogged to within an inch of your miserable life”.
Indeed Geoffrey did receive 40 lashes and was sentenced to two years in prison with hard labour and all for hurling with those ‘dreadful stick and ball men’.
Almost 650 years on, the view from across the water of our national game has changed radically. Consider this from an editorial in the Guardian Newspaper after the marvellous Clare and Cork final of 2013:
“Sporting combatants play for love not money…they clash with ash sticks while trying to catch a ball flying through the air at a terrifying velocity. Welcome to the ancient Irish game of hurling, arguably the fastest contact sport played on grass. As Premier League soccer is again soiled with prima donna antics….the courage and commitment of Cork and Clare were a shining example of sportsmanship.”
The Statute of Kilkenny failed to eradicate the game of hurling and perhaps the stamina, strength and skill of our hurlers come not just from tenacious training and natural ability, but because they are carrying in their genes, a memory of a time when hurling was banned in Ireland, when hurling was deemed a crime!