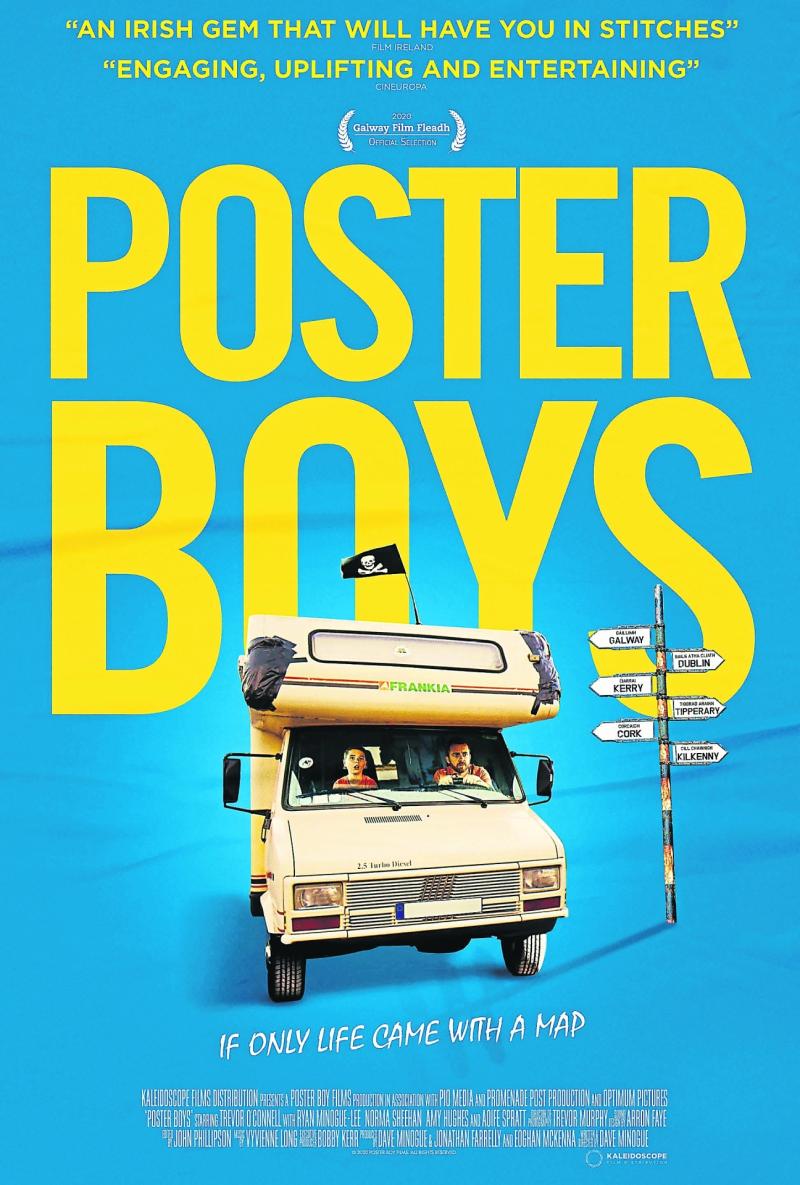 Poster Boys - the Irish comedy released in cinemas last month has been praised for its 'sunny’ mood and the fact that the filmmakers made it on a shoestring budget.
Poster Boys, made by Dave Minogue features Kilkenny and Kilkenny actors prominently. The film tells the story of Al Clancy, who goes on a cross-country road trip with his nephew Karl in an attempt to save his job as a Poster Boy.
The film came about after a bet was made at the 2018 Film Fleadh that Minogue couldn’t get Poster Boys shot before the end of the summer. Minogue had six weeks to prepare, write and shoot the film or he’d lose his star - his 10-year-old nephew Ryan. With help from businessman Bobby Kerr, Minogue had a budget of €25,000 to cover the crew’s rent, food, accommodation, travel and expenses.
The debut film from director Minogue stars Trevor O'Connell, Ryan Minogue-Lee and Aoife Spratt. The cast also includes Joe Rooney and Amy Hughes.
In a film review in The Guardian newspaper the critic praised ‘the sunny energy of this low budget comedy’.
“The mood is sunny and jocular, and it’s hard not to be a little impressed with the fact that the film-makers pulled this off on a reportedly teensy budget,” the reviewer said and scored it 3/5 stars.
Poster Boys is available on DVD and video on demand from August 23.