Pictures: From this week's Callan Notes 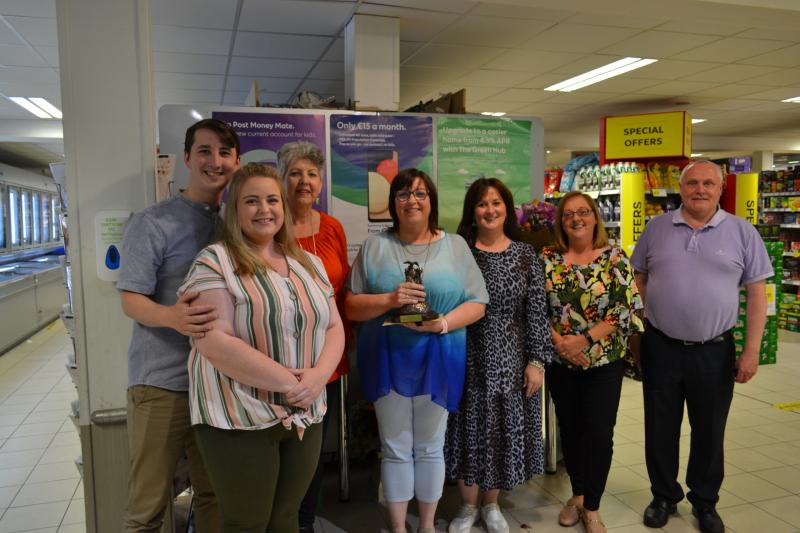 On Tuesday, August 10, Elaine Bryan bid her farewells and best wishes as postmistress for the past 29 years to the people of Callan.

It was fitting that it was the tenth day of August as it was to the day that she took over the post her late mother Nellie as postmistress. Between them both they had served for a total of 63 years at the helm of the local post office. 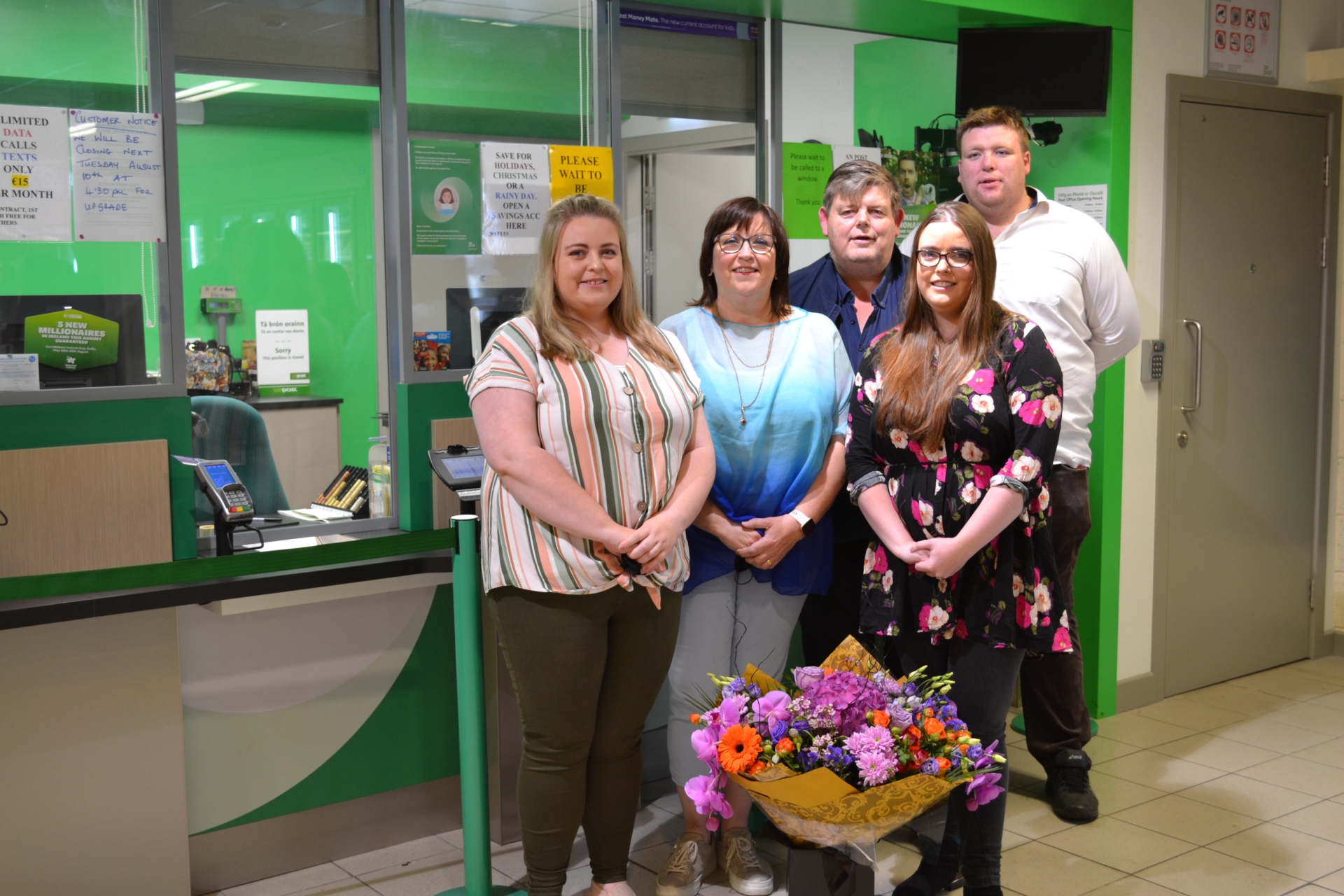 Elaine Bryan pictured on her final day as postmistress of Callan Post office with her husband Bosco along with her children Aislin, Fiona and Sean.

During that long period there has been many changes with Elaine experiencing most. The changing face of the rural post offices has seen local village closures in Windgap, Kilmoganny, Kells and Grangemockler. For the most part most people from those areas now use the Callan Post Office as a place to do their banking as well as other services such as pension and social welfare. Even when Elaine's mother retired in 1992 she still was always in the background as a guiding hand for her daughter.

Even when computerisation was introduced after she retired, Nellie kept herself up to date to make sure she was fully versed when she had to stand in for staff who were on leave of out sick.

Elaine continued those hands on traditions of her mother right up to last Tuesday and now she hands over to the very able hands of Dermot McCabe of Super Valu Callan. The new Post Office is now part of the Super Valu supermarket. 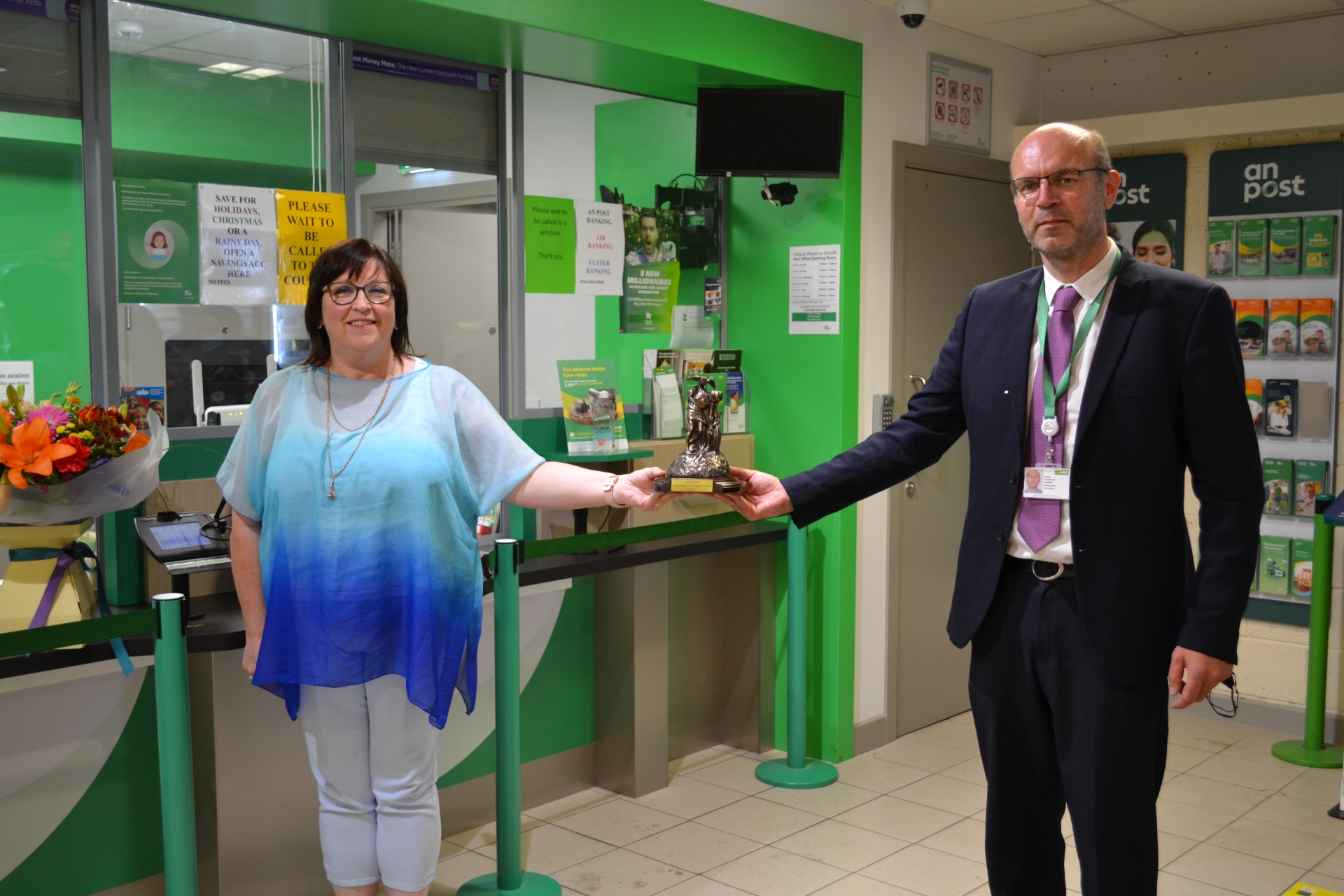 The Callan branch is typical of the changing face of our post offices as across the country the become more and more attached to local supermarkets and shopping centres as they move away from the high streets. An Post area manager Hugh O’Connor oversaw the actual handover last week as he paid a glowing tribute to Elaine and her family for the service provided to the people of Callan. He also wished Dermot McCabe and his staff the very best for the future as representatives of the company.

Hugh presented Elaine with a beautiful replica statuette of the Cuchulainn statue which sits inside of the iconic and historic General Post Office in Dublin. Dermot McCabe wished Elaine well in retirement and also thanked her for her service to the community.

Dermot presented Elaine with a beautiful Keogh's cake depicting the old post office on Upper Green Street to mark the occasion. An emotional Elaine thanked the people of Callan for all their support over the years to her family and business and she wished Dermot well in the future.

Elaine paid tribute to her staff Sinead Brennan, Kathleen Scriven, her sister Pauline O' Neill and her daughter Aisling for all their loyalty over the years and she was delighted to wish Sinead well in her new role as manager in the new office while Kathleen too will remain at the counter along with new face Darren McNulty to ensure all runs smoothly following the handover.

The end of an era for sure but we wish Elaine well in her retirement along with husband Bosco who also recently retired. It is the beginning of a new chapter in her life and knowing Elaine she is going to grasp it with all her might.