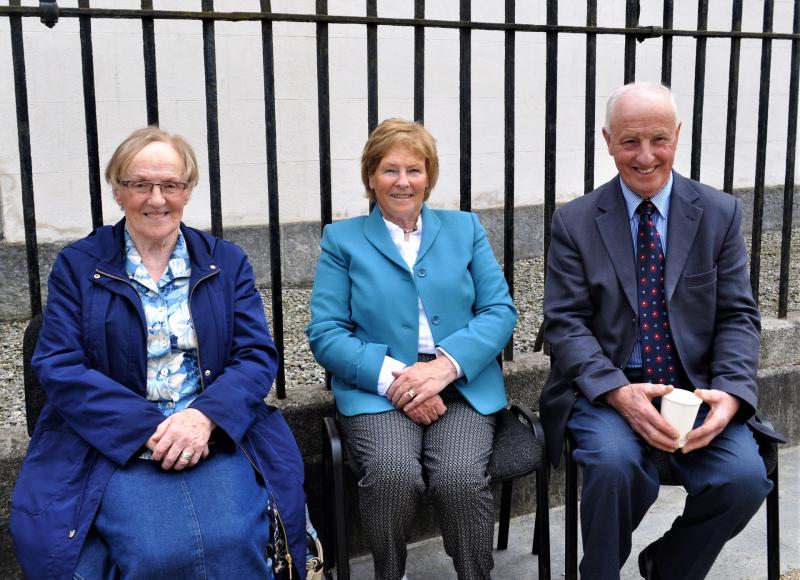 The new silver museum which recently opened its doors in Waterford would probably not have come into existence without the efforts and generosity of a Mullinavat-born businessman and his wife.

Noel and Stephanie Frisby gifted their collections of Irish silver to Waterford Treasures and financed the development of the two galleries in the Deanery thus making the Irish Silver Museum a reality.

The leadership and generosity of the Frisby family inspired others to loan and donate important collections to the museum, one such was Colman Curran and his wife Elizabeth Clooney gifted their collection of 30 grandfather clocks, over 30 important bracket and wall clocks, 30 pocket watches, all of which are Irish. 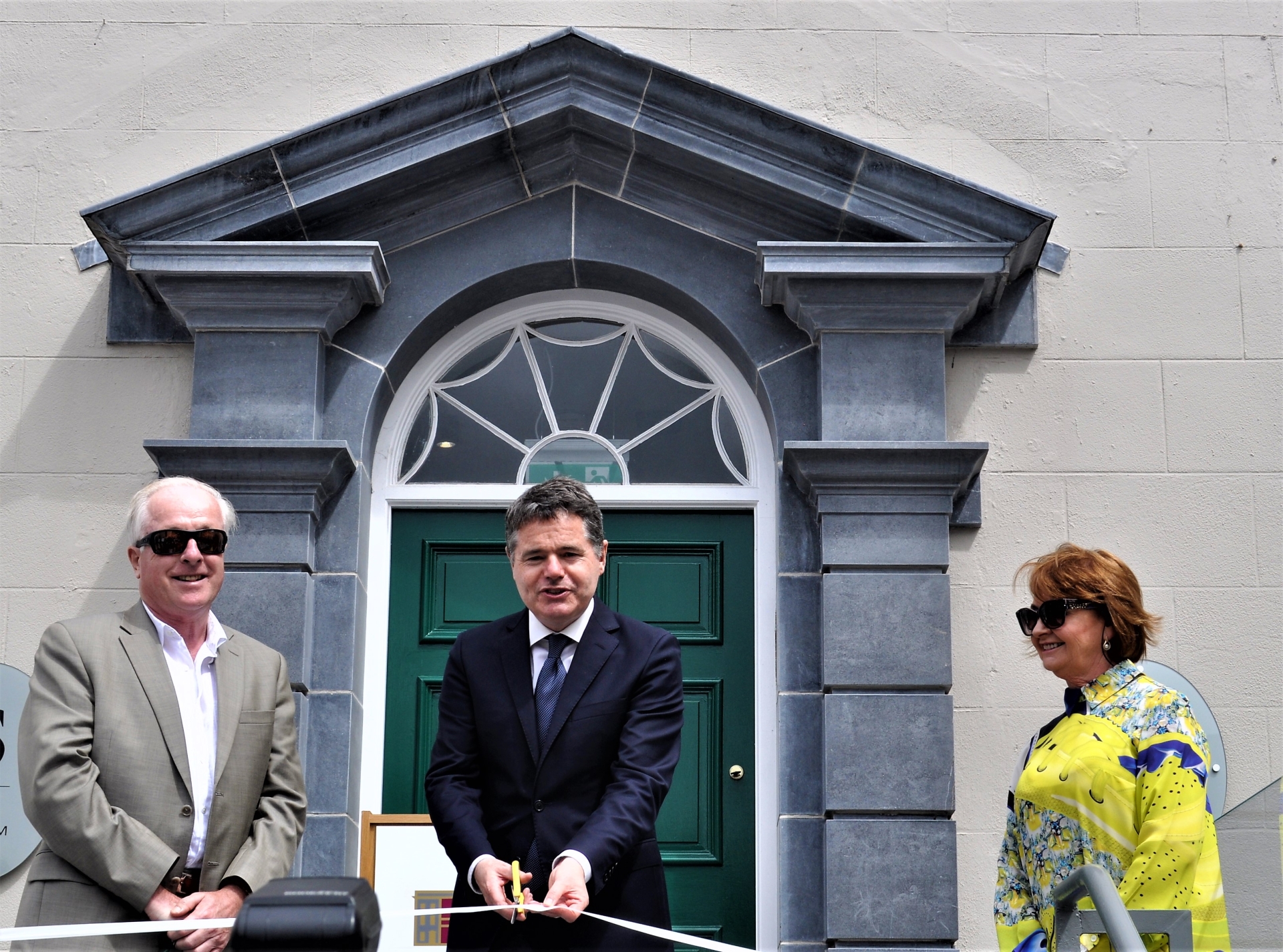 Minister Paschal Donohoe cutting the tape in the presence of Noel and Stephanie Frisby, at the recent opening of the Waterford Silver Museum

The ‘Museum of Irish Silver: Power, Politics and Piety’ is located in The Deanery, Cathedral Square, in the heart of Waterford City. Situated next to the Medieval Museum, it was officially opened by Minister for Finance Paschal Donohoe recently.
Noel Frisby, with his wife Stephanie are no strangers to South Kilkenny, as Noel’s family come from Kileen in Mullinavat. Noel was the youngest of a large family involved in farming for generations.

He has had a most successful career in the construction and property business and it is as he staed so well his and his families contribution in lasting manner to the history, culture and heritage of Waterford City. His parents were Jack and Nell (nee Aylward) Frisby.

Having gone to Mount Sion secondary, Noel completed other educational courses, and after a spell in England came home near his roots and commenced in business in Waterford City, of which he now heads Frisby Construction and Frisby Homes from their large offices in Canada Street, Waterford.

With the astounding generosity of Noel and Stephanie Frisby, as Eamon McEneaney, Director of the Waterford museums and Waterford treasurers said that the collection will stand out as a great addition to the history and heritage of Waterford and its culture.

Mr McEneaney thanked publically thanked Noel and Stephanie for their generous gift to the city and people of Waterford.
Since the Viking period in Ireland, silver has been a most prized metal and a means of exchange. Entire eras of the past are on display at the Irish Silver Museum in Waterford City. Visitors can see the story of the country told through the medium of this precious metal. One of the seven precious metals of antiquity, silver has long enthralled and fascinated humans.