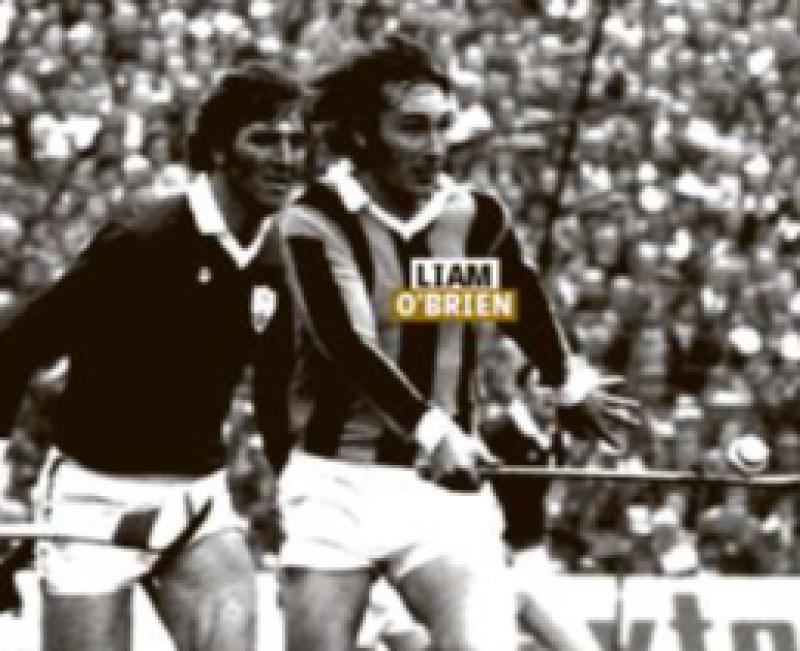 'Chunky' O'Brien at full tilt with sliothar on his hurley

"‘Chunky’ was an extraordinary talent, who could possibly have made it at a high level at a couple of different sports," wrote former 'People sports editor John Knox  in 2017. "But hurling stole his heart from an early age, and he in turn stole the heart of hurling fans. He wouldn’t have intended it to be be so, but the ordinary looked flamboyant with the ‘Chunky’ touch. He could win the hard ball with style. He could shoot points from distance and at full pace, with style.

"The vision most fans would have of Liam O’Brien is the Chunky racing up and down the field with the sliotar glued to the hurley. The weaving solo run was his distinguishing play, the one that brought the crowd to its feet. With James Stephens he won Kilkenny, Leinster and All-Ireland club honours. He was never an ordinary contributor when he pulled on that ‘stripey jersey’."

Tributes have been pouring in from all corners to the former Kilkenny hurler Liam ‘Chunky’ O’Brien who died on Monday night.
The former four-time All-Ireland winner passed away peacefully , aged 72, at St Luke’s Hospital.

We would like to give our condolences to the O'Brien family as the news breaks of Chunky's passing away. We have so many great memories of a man, a legend, an ambassador and a friend. RIP Chunky the Village will never forget you ❤️ pic.twitter.com/WSqCfHiY7C

Chunky won All-Ireland titles with the Cats in 1972, 1974, 1975 and 1979 and will go down as one of the greatest players to ever play with Kilkenny. He was also named on the All-Star team on four different occasions as well as claiming the Texaco Player of the Year in 1975.

“He had great pace and the ball practically stuck to his hurley. Obviously hurling was very different back in the ’70s and ’80s compared to what it is now, but certainly in terms of skill at the time he would have been seen as one of the best of his generation. He was a sight to behold.

“Funnily enough he never really had a huge underage career from a Kilkenny perspective as he also played a bit of soccer but once he got on to the Kilkenny senior team he blossomed into an incredible hurler,” said Brennan. “He had all the rewards for it now with his four All-Irelands with Kilkenny as well as his individual accolade of Texaco Player of the Year in 1975.

RIP Chunky. Condolences to all the O’Brien family. #truelegend https://t.co/Tc4OXcXeye

“I have to say he was a quiet guy overall, but he let his hurling do the talking. He was someone that was adored by the Kilkenny supporters, mainly for his style in the way he played the game. Even when I was on the pitch you knew when he had the ball that there was a possibility of a score.”

One of my very first Kilkenny hurling heroes and one of the all time greats of the game.
Rest in Peace Chunky. You were and will remain a Cats legend. #chunkyobrien @KilkennyCLG @kclr96fm @KKPeopleNews @RTENewsNow @RTEsport @RTEgaa pic.twitter.com/jMoBc6BPix

The former President of the GAA also highlighted the role Chunky played for his club James Stephens, acknowledging the talent he had and how there is nobody like him in today’s game.

A star
“Chunky was a star on so many of the good Kilkenny sides during the 70s,” he said. “The period between 1974 and 1979 was probably his peak for Kilkenny.

“Not only was he a success with the county, he also did great things with James Stephens in helping them to a couple of All-Ireland titles so he did it all on the field really.

“When you look at the current top teams - and they don’t come any bigger than the All-Ireland champions Limerick - you don’t see many lads on that team going on solo runs as they always give the ball to the man in a better position. Back when Chunky was playing it was a different game altogether and in fairness maybe previous Kilkenny or Cork teams may have had a similar type of player but even when you look at the current Kilkenny side there aren’t many players like that so it just shows you how much the game of hurling has changed over the years.

“The styles are much different now than they were then and there was much more ground hurling when Chunky played. However, he was the real architect of grabbing possession and powering into space before scoring on the run.
“A tremendous hurler and it was an honour to share the field with him.”
club pride

Chunky’s own club James Stephens were one of the first to pay tribute in a statement.
“We would like to give our condolences to the O’Brien family as the news breaks of Chunky’s passing away,” they said. “We have so many great memories of a man, a legend, an ambassador and a friend. RIP Chunky the Village will never forget you.”
Among the others to pay tribute to the former Kilkenny great was recently retired inter-county star Paul Murphy who said on

Twitter
“I had the privilege of travelling to London in 2012 with Chunky to a Kilkenny supporters club event. When we arrived, supporters were more excited about meeting Chunky than getting a picture with the cup. A legend of the game and a great man to tell a story!”

The Fenians Club would to offer our sincere condolences to the Family and Club of Liam "Chunky" O'Brien. A James Stephens and Kilkenny legend, "Chunky" featured in many battles vs our Fenian legends and they then soldiered together with the famous Kilkenny teams of the '70s. https://t.co/3wYDvyU6gm

A private funeral will take place tomorrow (Thursday) at St Patrick’s Church, Kilkenny.  For those unable to attend due to restrictions, the Mass can be viewed online at https://www.stpatricksparishkilkenny.com/

House private please. There will be an opportunity for the community to support the family and remember Liam by being present, socially distanced, on Thursday morning, en route from Johnston's Funeral Home to the church (walking via John Street and Patrick Street).