When you walk through a storm... 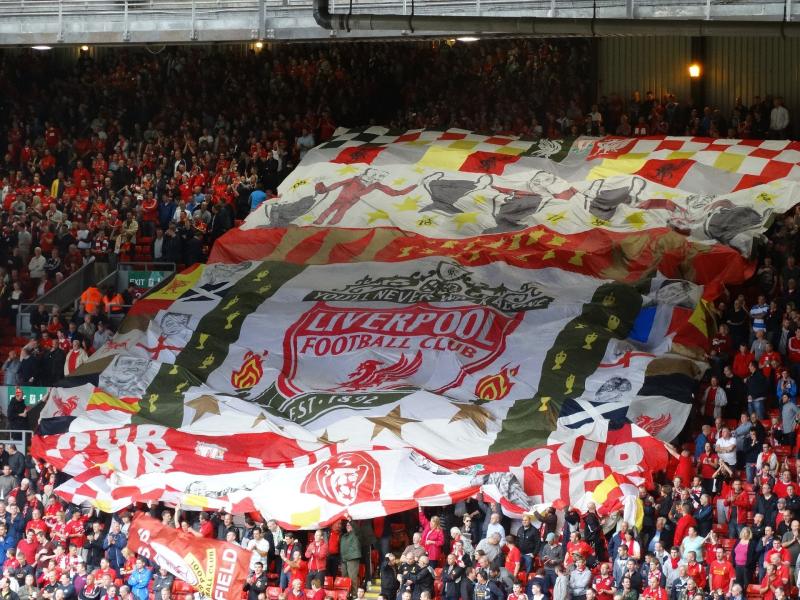 The song has become an anthem at Anfield, home of Liverpool FC PICTURE: anwo00/Pixabay

Are you familiar with the name Ferenc Molnár? Didn’t think so. Me neither.
And yet, we are more familiar with him, or rather his work, than we think.
In fact, a great many of us are very familiar with the man’s legacy.
Ferenc Molnár was a playwright and in 1909 he staged his new play ‘Liliom’ in Budapest. Liliom is a troubled and violent young man who touts for business (a poorly paid job) at a fairground carousel. Liliom falls in love with a woman named Julie; when Julie falls pregnant Liliom attempts a robbery to support his family but gets killed. He ends up in Purgatory (remember that place?) for 16 years after which he is allowed one single day to visit his now teenage daughter, Louise.
Are you familiar with the story?
Didn’t think so. Me neither.
Anyway the play was a flop but Molnár never gave up and staged productions around Europe and in the US, where a 1921 translation of the play received good reviews and was a moderate box-office success.
On the back of this Molnár sold the rights to the play to the musical theatre duo Richard Rodgers and Oscar Hammerstein who’d had a recent success with the musical Oklahoma. In so doing Molnár ensured that Liliom would be remembered not so much as a play but as a musical by Rodgers & Hammerstein which they retitled Carousel and which premiered in 1945.
In the musical Carousel one Rodgers & Hammerstein song is sung twice – firstly to encourage and console a newly widowed woman (Julie) after her husband’s death and secondly by the classmates of a teenager (Louise) at her graduation ceremony. The first few lines of that song go as follows:
When you walk through a storm
Hold your head up high
And don’t be afraid of the dark
Are you familiar with those lyrics?
Of course you are. As am I. As is every man, woman and child who supports the Liverpool Football Club.
The song is You’ll Never Walk Alone, made famous by Gerry and the Pacemakers, from Liverpool, back in 1963.
The Pacemakers changed the metre of the song (as performed in Carousel), increased the tempo and gave it a bit more pep. It became a number one hit in the UK and Liverpool fans almost immediately began to sing it during games.
That summer Liverpool’s legendary manager Bill Shankly told the Pacemakers’ lead singer, Gerry Marsden: “Gerry, my son, I have given you a football team and you have given us a song.”
When Bill Shankly died in 1981, Gerry Marsden sang ‘You’ll Never Walk Alone’ at the memorial service. It has also been played at the funerals of numerous Liverpool supporters.
In March 2020 a group of British paramedics sang ‘You’ll Never Walk Alone’ through a glass wall to encourage their fellow workers on the other side who were working in an intensive care unit battling with Covid.
How ironic that a play, by an unknown playwright, that flopped in Budapest in 1909 helped create the most famous football anthem in the world.
You’ll Never Walk Alone is not just an anthem for Liverpool football club but an apt anthem for our time, this extraordinary, unprecedented Covid time and all thanks to the little known playwright Ferenc Molnár who ‘walked on’ through the storm of rejection with his head held high and hope in his heart.
OTHER ANTHEMS
Liverpool are not the only team with an anthem, their great rivals Manchester United hijacked the US Civil War anthem Battle Hymn of the Republic, turning it into Glory, Glory, Man United while their neighbours, Manchester City (the blue side of Manchester) belt out Blue Moon, a 1934 Rodgers and Hart song. The anthem of West Ham United is I’m Forever Blowing Bubbles and thousands of bubbles are blown at the start of their games.
Here at home Johnny Logan’s Hold Me Now, the 1987 Eurovision Song Contest winner, is the rather unusual anthem of Bohemian FC.
The story goes that the fans sang it during a European game in Norway in 2003 after one of them sang it in the pub the night before. In 2008 Johnny, fully decked out in Bohs gear, sang it for a crowd of 3,000 at Kevin Hunt’s testimonial. One mighty sporting moment!
The best sporting anthem of them all, of course, is our own The Rose of Mooncoin, a poignant true love story — more of which anon!