"It’s the second year that we’ve missed the Electric Picnic. I try not to dwell on things but really my heart is broken." 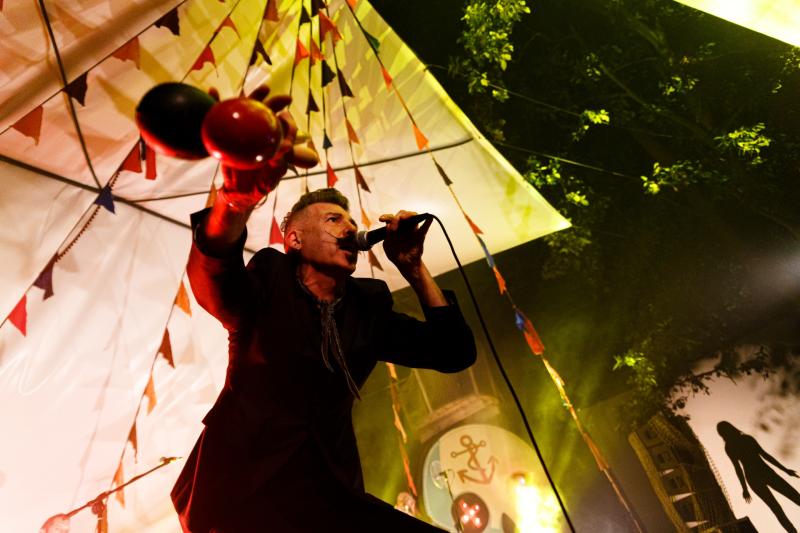 An indie legend and ringmaster of exceptional renown, Jerry Fish has evolved into a showman extraordinaire, capturing the hearts and minds of audiences all over with his legendary live shows. 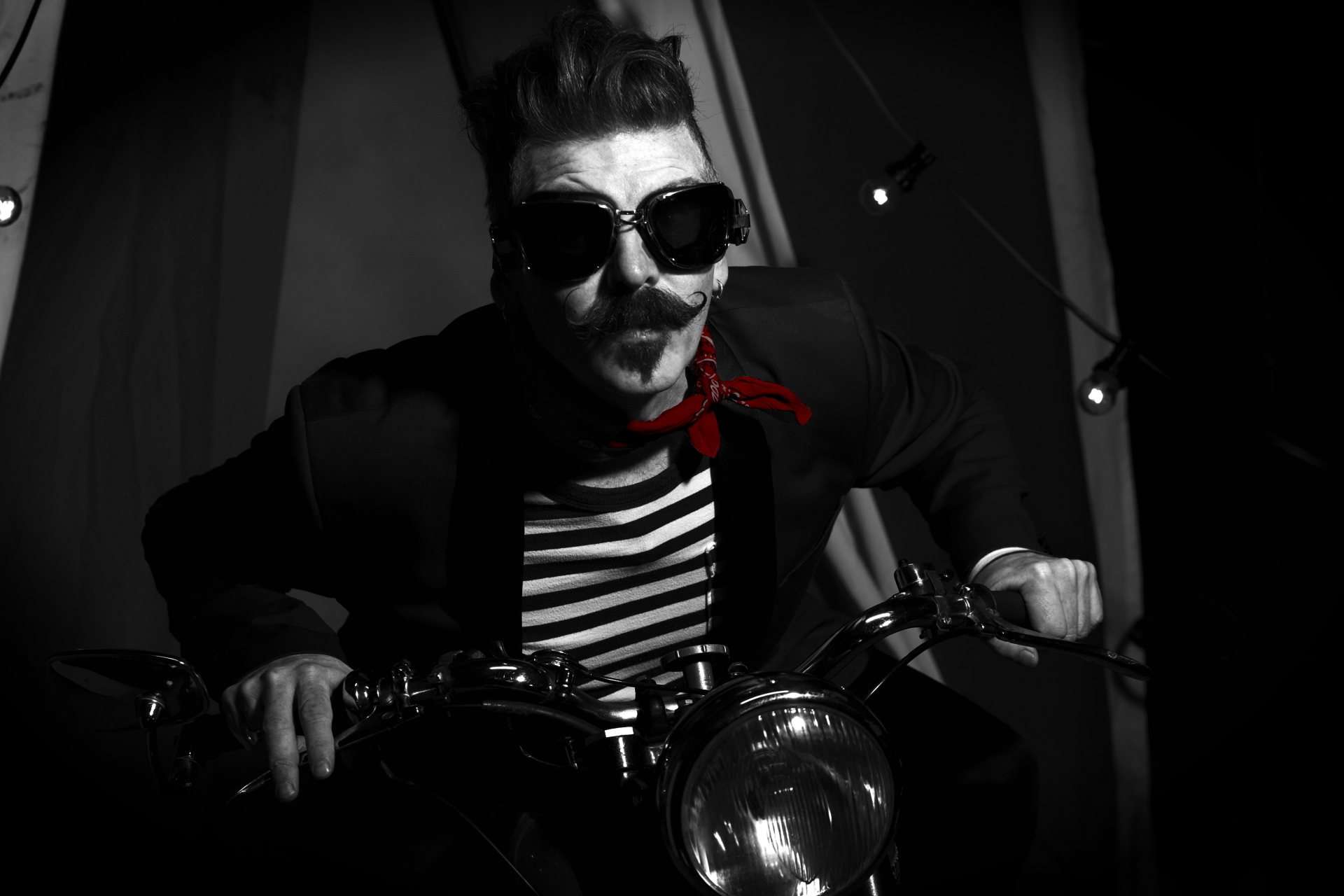 For those who don’t know the back story, Jerry Fish blasted onto the music scene in the 1990s. touring the globe as front-man of alternative rock outfit An Emotional Fish, the band who gave us the indie rock anthem ‘Celebrate. This party’s over, I’m going home’.

These days the name Jerry Fish is synonymous with festivals, carnival sideshow, circus and theatre. Ireland’s biggest music and arts festival Electric Picnic has also afforded him his very own stage.

He has two Platinum selling solo albums, an MTV award and IRMA Music Award. Jerry describes himself as an exile from Dublin who now lives in County Carlow on the mountains. Here is a glimpse into his world… 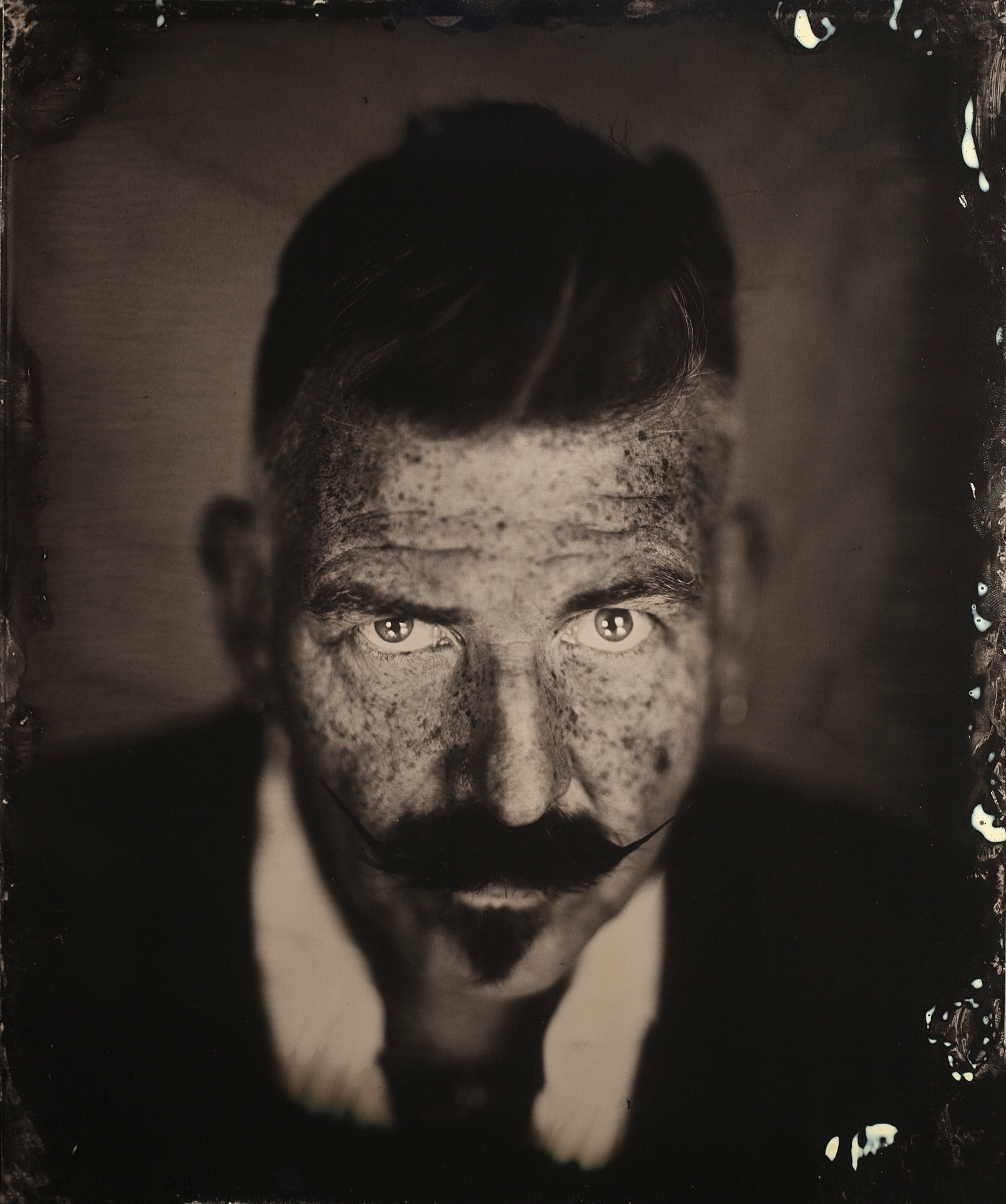 Jerry, you’ve been on stage since you were 17 years old. How much have you missed the audience these past 18 months?
I love being on stage with an audience and yes I’ve been doing it for a very long time! It’s a very addictive thing to perform. The more I do it, the more I realise that I am lifting people’s spirits, making them feel better and that makes me feel better.
A lot of my songs are quite philosophical, so people leave my show like they’ve watched a movie. They have gone through every emotion from laughing, crying, as well as dancing and swaying.

Jerry I know you want to be positive but you are also a very honest man. In a recent post you expressed how you found it hard to see a crowd of 40,000 people gathered in Croke Park, celebrating the thing they love.
Yes I did. While musicians and their fans can only gather in groups of 50 indoors and 200 outdoors, socially distanced and NO DANCING. I also heard that they played ‘Celebrate’ at Croke Park and aired it on TV. I was honoured, but we still have to make a living and feed our families.

Your song ‘A Hole In The Boat’ was written during the recession but with lyrics that are so perfect for what’s going on in the world right now.
The lyrics are ‘Everyone knows the ship is sinking, there’s a hole in the boat, but still we row’.
I wrote that in 2009 on The Beautiful Untrue album. I think it’s the human condition that we will survive and here in Ireland we have survived so much worse than this.

How have you survived as a musician during the pandemic? You were the first to go and I hate to say it but will probably be the last back.
It is pretty awful, we have had some support but not enough to live on. I think if you are a musician, a troubadour or a vagabond you have to look after your mental health. It’s a gypsy trade, there’s no security in being a musician, there never has been.
We do have survival instincts and survival techniques and mine is to just drop out. So I took the time off and painted my house, like the whole world did and I put seven tonne of concrete into an old granite barn and made a little stage with a theatre.
The longer this goes on, people are going to get more afraid. I cannot get my head around why dancing is now illegal. It also offends me, I am not a religious person but I do believe song and dance was the original prayer, because that’s how we communicate with nature and our inner feelings. We need to express ourselves, to give and receive joy. 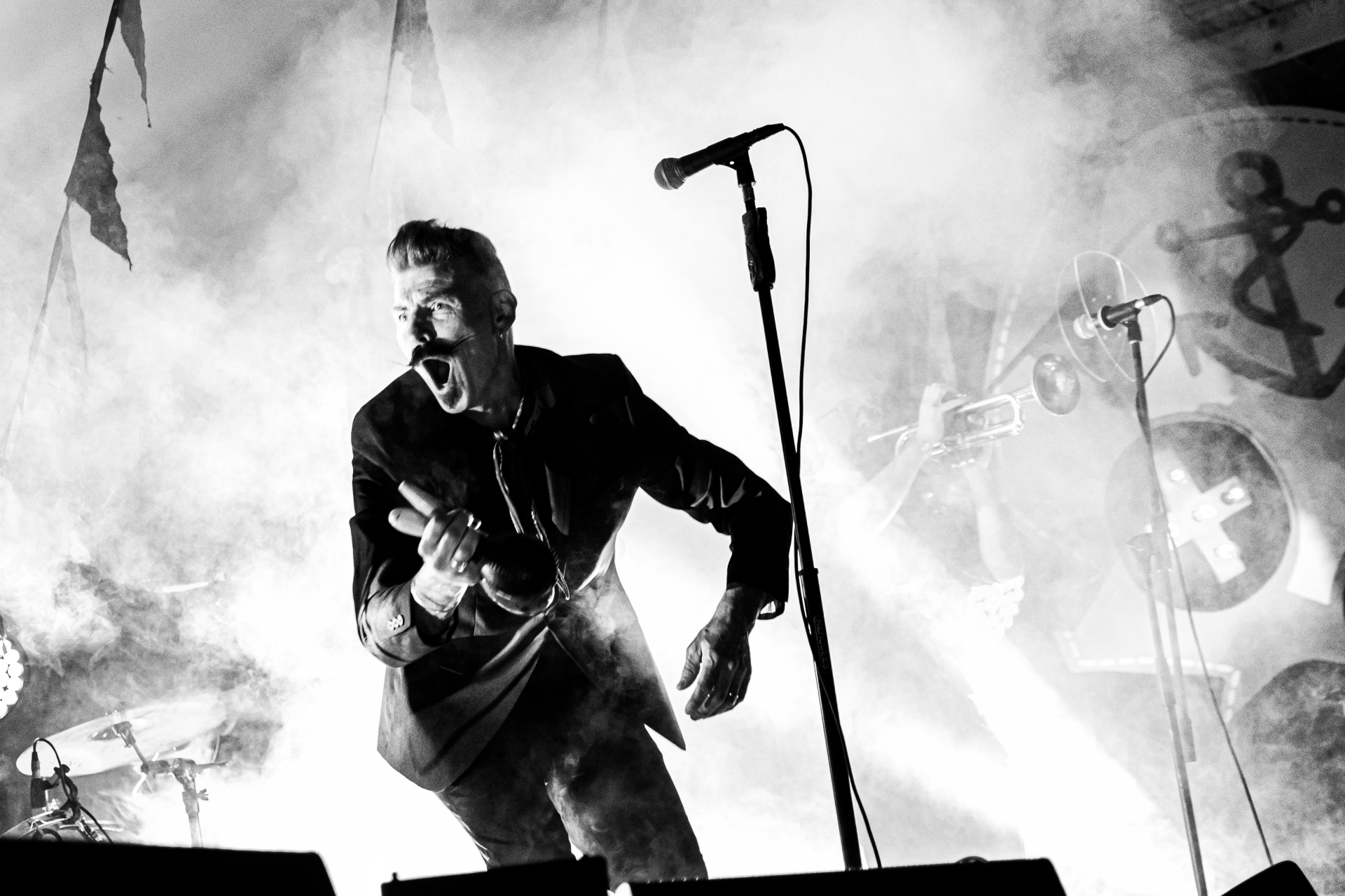 Giving that joy is what you do best. Fame was never big on your agenda?
Back with Emotional Fish when I was thrust into stardom as a rock star with a big record deal, I was a little uncomfortable. I didn’t really know where to put myself.
I realised quickly that fame wasn’t what I was interested in, I just loved the music and being part of that rock ‘n’ roll fraternity.

It must have been a great time in the ’80s and ’90s to be in a rock band.
Absolutely it was a fabulous time in the ’90s. We had the grunge thing happening in America and dance thing happening in the UK. Obviously from Ireland we were in the middle of these two worlds where there was a lot of great music being made.
Also all your idols were still around, Iggy Pop, the Ramones, the Cramps were all still touring, and we had the Pogues in their heyday.

When you started out, were you ever star-struck?
Not really. My mother brought me up with the attitude that “no one is better than you, and you’re not better than anyone else”. Consequently I did struggle with the whole band - crew hierarchy.
In Dublin, like all over Ireland, you are not allowed to get too big for your boots. Those who suffer with fame anxiety, can be found with four bouncers around them, which only draws attention to them at the end of the day.
Where I live now near Borris, I can be found going around in my wellies. The locals might have thought a rock star was moving in but they can’t ever seem to find him!

You dropped out of love with music post Emotional Fish.
I dropped out of the industry for a number of years, I just lost interest. I was damaged by the industry - I ended up in court with a record label and it just got ridiculous.
The thrill had gone and I didn’t want to be coming home from a job I hated. So I thought go back into normal life and I took time away to restore vintage motorbikes.
Then I got back into music when I met Niki and our first daughter was born. I had a real grá for making music again, I felt I hadn’t finished.
It was quite peculiar because Emotional Fish didn’t break up as such, we just dissolved. The industry around us swallowed us up.

You’ve also played with Kilkenny’s talented Jeremy Hickey over the years.
Yes I am a massive fan of Jeremy, even before I ever moved down here.
There isn’t another like Jeremy and what he does with RSAG. He is so unique for one guy on a drum kit, singing with so much energy.
We’ve become good friends, starting out when we played together at Electric Picnic. 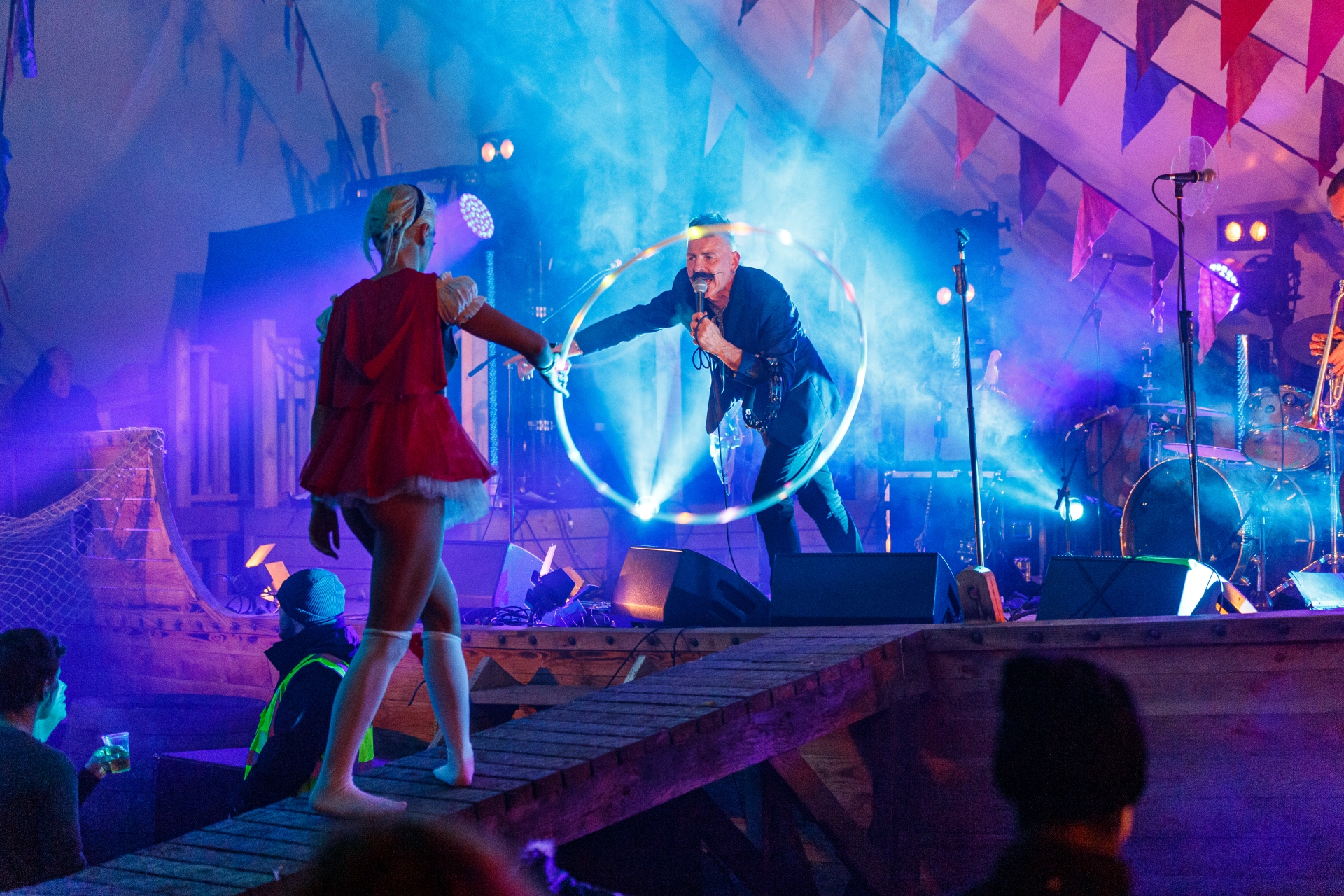 How much do you miss Electric Picnic and your own stage there with all the circus theatrics?
Now it’s the second year that we’ve missed the Picnic. I try not to dwell on things but really my heart is broken.
I guess you have to put it into perspective, my parents have survived the pandemic and I’ve friends whose parents haven’t.
Everyone is a little shook so it is one step at the time, but I do think it’s time to open up things again. It’s your fan base and people who like your music that are the important ones and they have been outstanding throughout all this.

When can we expect to see you performing in Kilkenny?
You might have to wait a little while!
I am playing small shows all over Ireland, and I will be coming to the Set Theatre in Kilkenny soon, hopefully before the winter to a full house.

Watch the full interview with Jerry Fish on the Pink Couch on www.kilkennypeople.ie