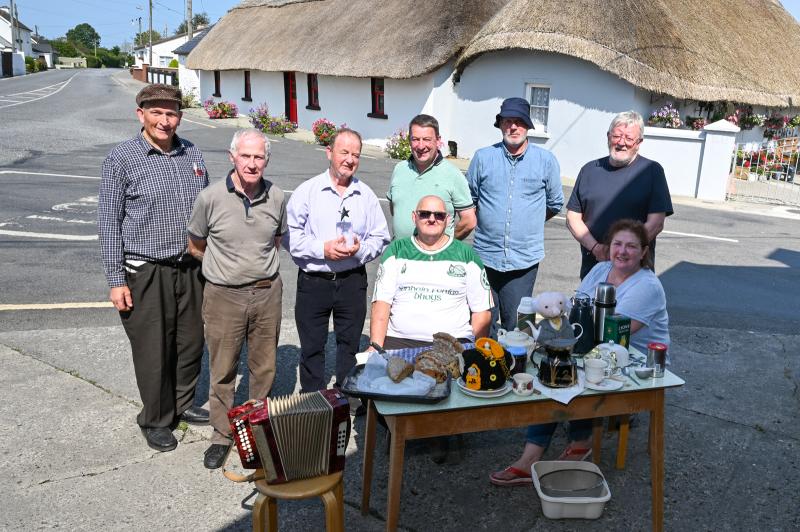 Members of the Clogh Heritage Group

The local community in Clogh have been busy of late and have completed a number of projects that have enhanced the area’s rich heritage.
Cllr John Brennan explained that in recent years the local community has come together and restored two thatched cottages in the village with work ongoing at a third cottage.
“We applied for grant funding and there has being a great effort to bring these cottages back to their former glory. There has been a huge amount of work done locally both by the local heritage group and the tidy towns committee,” he added.
Clogh were runners up in the Pride of Place awards last year and this has motivated the community to do even more to preserve the area’s rich heritage.
“The 1901 census recorded 69 thatched cottages in Clogh and now we only have three remaining. It is fantastic to see them being restored and their history preserved. In the 1940’s and 1950’s there were 600 people employed in the coal mines in the area and when they closed in 1969, there were 169 workers.
“It would be great to develop tourism in the area and maybe set up a small heritage centre. This was all about the community coming together and great credit is due to all involved. We either lose our heritage or preserve it. This is an ongoing process to realise the potential that exists in our village,” added Cllr Brennan.