Concerns over new tax, Kilkenny in All-Ireland ticket row and a festival to look forward to 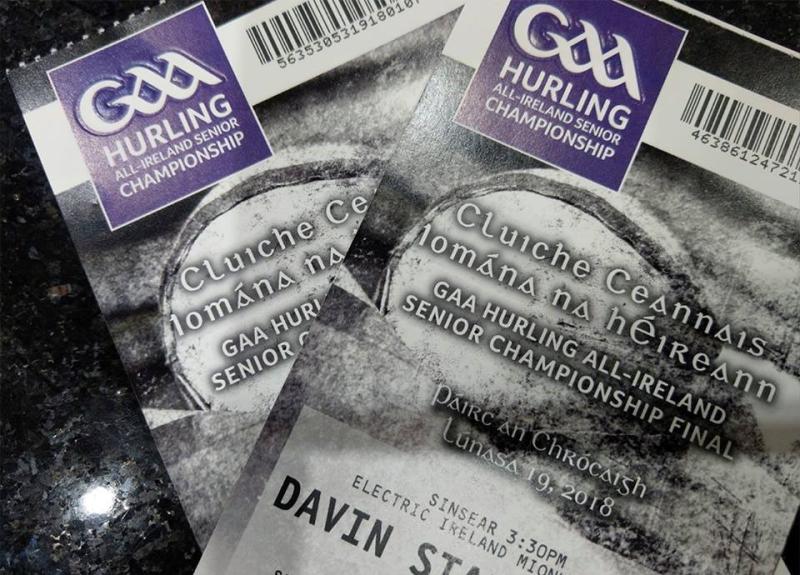 Here's what was making the news in the Kilkenny People on September 3, 1971 - 50 years ago this week

The Government moves to introduce a new tax - value added tax - in March 1972 may have a very serious effect on the cost of living and will almost certainly inhibit press freedom.
This was the consensus opinion of a specially convened meeting in Kilkenny at which managements of 10 regional newspapers, representatives of the National Union of Journalists and the National Graphical Association (the printers’ union) got together to discuss the probable effects of the new tax.
The journalists, printers and newspaper managers feel that not only will the cost of living be effected by the tax, known as VAT, but they also feel that employment in the newspaper, magazine and printing industry will be severely jeopardised.
There was bitter criticism of the tax proposals which were described as a very serious threat indeed to the freedom and scope of the press.
As the chairman of the meeting Mr LD Bergin (Carlow Nationalist), who represented the president of the PNA, put it:
“Since knowledge is the basic ingredient of a democratic state, it is in principle as well as practise, a most retrograde step to tax the sources of information.
“Ultimately, wholesale and turnover taxes have to be collected from the public. In other words taxes make it much more expensive for people to buy a newspaper.
“It could be the thin edge of a wedge by which governments could inhibit and even control the sale of newspapers and this is another reason why we object to it.”
ALL-IRELAND FEVER
After wishing the Kilkenny senior and minor hurlers best wishes for Sunday, Mayor Kieran Crotty listened to Corporation members arguing over the allocation of tickets at the quarterly meeting of the Corporation.
The Mayor had just announced that he would give a civic reception to the teams, win, lose or draw, when Mr John Holohan called on him to send the Corporation’s allocation of four tickets back to the Co Board.
“It’s a disgrace when every Tom, Dick and Harry and all the pals of the Co Board members can get tickets. Why not the Corporation? There are 12 members and officials and only four tickets.”
He added that officials and public representatives in other counties get as many tickets as they wanted.
It was decided to draw for the tickets after the meeting.
Corporation members who will have stand tickets are Ald PJ Henderson, Mr T Delaney, Ald M McGuinness and wait for it - Mr John Holohan.
CALLAN FESTIVAL
One of the most exciting events in Callan is the annual Autumn Carnival which attracts thousands of visitors to the attractive town and birthplace of Br Edmund Ignatius Rice, the founder of the Irish Christian Brothers.
This year the Carnival, which runs from September 3 to 19, sports a special fun packed programme which is sure to surpass all previous achievements.
The reason for having a Carnival is to help pay off the debts on Callan Parish Hall which is under reconstruction at present.
Although the hall will be transformed into a modern centre with up to date facilities, the history of the site will be retained.
The present hall was built to replace the original parish meeting centre which was demolished by the British in the early twenties.
The reason was that the British were continually harassed by IRA snipers along the Clonmel road, just at the entrance to Callan, so they decided to knock down the hall in order to have a better view of the snipers. The present hall was built as a replacement around 1930.