Glow Up Ireland, presented by Maura Higgins, airs on RTÉ2 from 9.35pm every Thursday 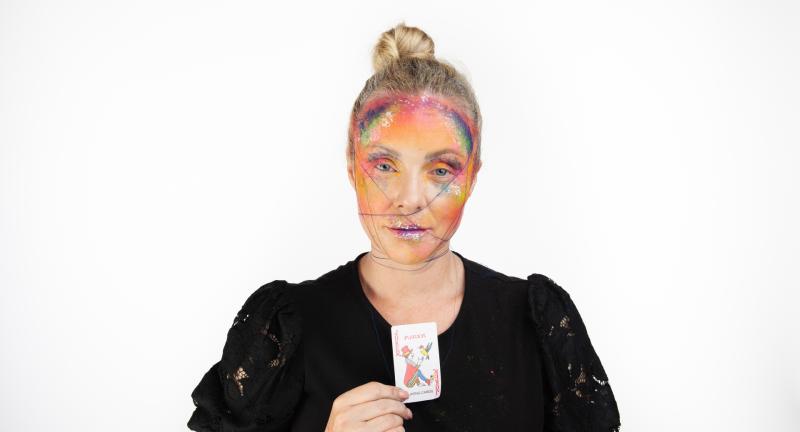 Our two Kilkenny contestants are still in the competition with the chance to be crowned Ireland’s top makeup artist as part of RTÉ2 new series Glow UP Ireland.

Michael Ryan
Michael spoke to us after last Thursday’s show and we got the lowdown on how he felt about Episode’s 2 challenge.

“Going into the competition I was really dreading a social media challenge as it’s not really my thing. When I saw Keilidh our guest judge walk in, I instantly knew it was Tik Tok chalenge as she is a Tik Tok star. So I was terrified, but the fear worked out in my favour and I won. Getting to work with Keilidh was such an incredible prize and I've learned so much from her."

He added "as you may have seen from the preview of next week's episode it's not going to be an easy week for me. Challenges are getting harder and our emotions are really starting to get the better of us.  This competition is really about opening up and telling stories through our makeup which can make you feel very vulnerable. It's definitely going to be an interesting episode.”

Carol Knox
Carol was unfortunate again this week as she sat in the red chair but she turned the time that was taken from her to really consider every aspect of her next challenge.

"Last Thursday’s episode was another very challenging one for me, I think I died a little bit inside when we were told it was a Tik Tok challenge. On top of that we had to use recyclable items," she says.

"I never thought for a second that we had to incorporate them into my look, I used them instead to apply the make-up! I’m not as familiar as the others about Tik Toks and I focused too much on trying to getting the moves right as opposed to doing the actual make up. When you are home doing a Tik Tok you have all the time in the world, that's not the case on set.”

So what did she have to say about been in the dreaded red chair again this week. “I knew I would be because I didn’t perform well in the challenge. Some people might panic because of the red chair but I didn’t, instead I took advantage of it and sat there and used the 15 minutes time out to collect my thoughts, figure out a plan and get the shake out of my hands. I used it to my advantage instead of the usual rushing in to a challenge. I am happy my final look turned out so well and I beat the seat and onto episode 3.”

Michèle is the winner of two Oscars for “Best Makeup” for Bram Stoker’s Dracula and Quest for Fire and has been nominated a total of six times. Michèle’s credits include Dracula, Mission Impossible 3 and 4, Jerry Maguire, As Good As It Gets and Minority Report among many others. Her leading ladies include Penelope Cruz, Helen Hunt, Jessica Chastain, and Cameron Diaz and her leading men include Tom Cruise, Brad Pitt, Orlando Bloom and Morgan Freeman.

Michèle believes that character work shows the “true mettle of a make-up artist” in a film. For Thursday night’s challenge it is no surprise the remaining 8 make-up artists (MUAs) will be asked to create modern day versions of some of Michele’s most memorable film characters.

Thinking outside the box
Whether Francis Ford Coppola asked for a unique take on Dracula or Tom Cruise sought a never seen before vampire in Interview With A Vampire, Michele had to think outside the box, and this is what she is looking for here. The eight MUAs will also be paired up to test their team playing skills, as being asked to 'double team on sets happens all the time' and is part of the challenge of a real working environment. The prize for the challenge this week is to win a life changing all access mentorship by this incredible award winning makeup artist.

Creative Challenge
The creative challenge this week is entitled ‘Primal Fear.’ The remaining 8 MUAs are tasked with creating a look that embodies their worst fear or phobia.

Don't miss Glow Up Ireland, presented by TV star, model and influencer Maura Higgins which airs on RTÉ2 from 9.35pm every Thursday.