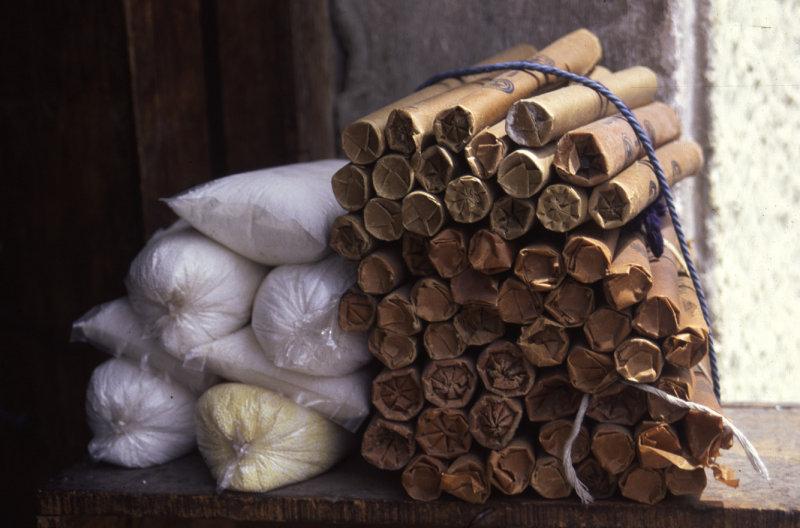 Raiders gambled with death to steal a large quantity of gelignite

Here's what made front page news in the Kilkenny People on September 17, 1971 - 50 years ago this week

Raiders, believed to be members of the IRA, gambled with death at the weekend to steal a large quantity of gelignite and accessories from a South Kilkenny limeworks.
They used oxy-acetylene welders to cut through steel doors into the quarry magazine and sparks could easily have set off the explosives.
The raid on Kilmacow Limeworks, about a mile from Lower Kilmacow, occurred on either Saturday or Sunday night and was not discovered until foreman, Mr Pat Murphy, arrived for work on Monday morning.
Taken were approximately 70lbs of gelignite, about 50 detonators and a quantity of safety fuses.
The explosives, which are used for quarry blasting, were stored in a reinforced concrete magazine built to Army specifications, which has two heavy steel doors.
The raiders first broke into a repair shed at the quarry and removed the oxy-acetylene equipment. They then cut the hinges off both steel doors to get into the magazine.
While the second door was being cut through, sparks must have been showered into the magazine room and these could well have detonated the gelignite.
The explosion would almost certainly have meant death for the raiders or anyone near the magazine.
However, it is believed the raid was carried out by “experts” who appeared to be very familiar with the use of oxyacetylene equipment.
Following the discovery of the raid there was intense Garda and Special Branch activity in South Kilkenny and Waterford but, up to the time of going to press, the whereabouts of the stolen explosive had not been discovered and no arrests had been made.
However, widespread garda investigations were continuing under Supt J Murphy, Inspector Murtagh and Detective-Sergeant PJ Hayes, Waterford.
ROAD SAGA CONTINUES
The saga of the 12 miles of roadway from Kilkenny to Ballyhale continues.
In the latest episode the Minister for Local Government has outlined the qualifications necessary for designating a roadway a national primary.
And he has pointed out that Kilkenny is already well served with national roads - with the most miles of secondary roadway per square mile of county in the country and the fifth highest number of miles of primary roads per square mile of county in the country.
In the circumstances he has refused once again to designate the road from Kilkenny to Ballyhale a primary road under the new reclassification scheme.
However, when the Minister’s letter was read at Monday’s Corporation meeting it was written off as so much ‘hogwash’.
“We asked for reasons for the Minister’s decision on the road,” observed Mr J Holohan, “and I haven’t heard one in that letter. What I heard was a stupid attempt to justify the decision. I wouldn’t accept that letter at all.”
TRIBUTES TO CEO
One of the most popular and most efficient public servants Kilkenny has known has bowed out on Monday.
He is Mr JA O’Donovan, CEO here since 1952.
His resignation was accepted by Kilkenny Co Committee of Agriculture at their meeting on Monday when glowing tributes were paid to his great service to the farmers of Kilkenny over the past 19 years.
Mr O’Donovan said that during his 40 years service, first as teacher then as instructor and later as CAO he had seen many changes in the agricultural scene. When he started work in the early thirties agriculture was undergoing a period of world depression.