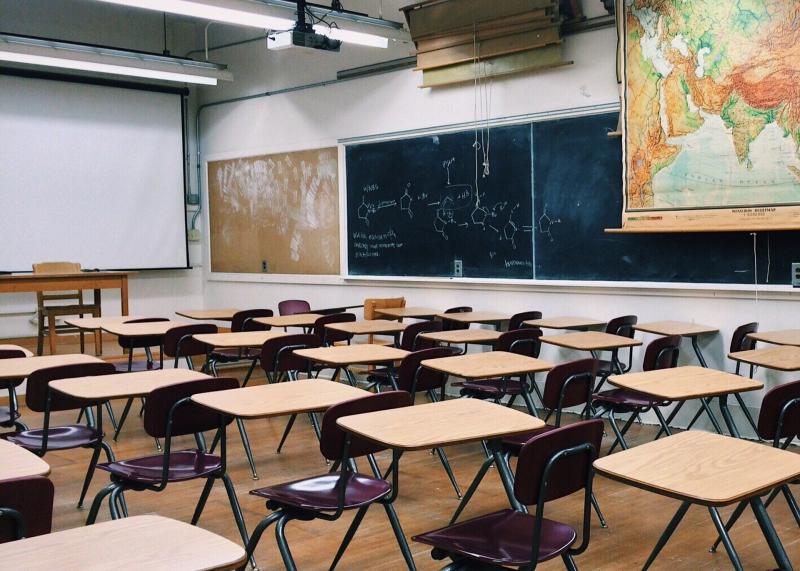 The call went out for greater consideration for the education needs of Kilkenny[s population PICTURE: Wokandapix/Pixabay

An urgent call for serious and immediate consideration of Kilkenny’s post primary educational needs - particularly in view of the city’s unfair treatment with regard to the siting of the regional technical colleges for the South-East - was made on the Department of Education this week.
The call came from Brother MF O Cathain, Superior of Kilkenny CBS, at the opening of the school’s impressive new extension at James’s Street, which cost approximately £90,000 to build and equip.
Having mentioned that about one-third of a million people live within a 40-mile radius of Kilkenny, Br O Cathain said that the city would have been an ideal centre for a regional technical college.
The fact that the two colleges for the region had gone to Carlow and Waterford was very unfair on Kilkenny, which was always badly treated with regard to industry.
“However, there is no use crying over spilt milk,” he said. “But I think we now have a right to expect that the Department of Education would give very serious and immediate consideration to Kilkenny’s needs with regard to post-primary facilities and to assist in every possible way those of us who are trying to give the youth of the area the education that will fit them for the eighties, the nineties and even the next century.
“There is already a great measure of co-operation and an abundance of goodwill between the five post-primary schools in the city.
“Surely it is not too much to expect that the Department would encourage this natural growth by all possible assistance.”
Br O Cathain, who said he was giving his honest opinion of recent educational developments in this area, saw Kilkenny as a beautiful and historic city, but one which unfortunately had no great wealth of industry to absorb its young student body as they left school.
Br O Cathain appealed to the Department of Education to give every consideration to future educational developments in Kilkenny.
The new extension, which consists of a library, two science laboratories (one for biology and another for general science), an artroom, a woodwork room and a gymnasium which will also serve as an assembly hall, was opened by the Minister for Agriculture, Mr Jim Gibbons TD, and blessed by His Lordship, Most Rev Dr Birch.
Dr Birch outlined the history of the ground, now in the shadow of St Mary’s Cathedral. It was very significant that on the same site Edmund Ignatius Rice, founder of the Christian Brothers, went to school as a boy.
“It is quite possible,” said Dr Birch, “that it was the ideas and ideals he got on this site that enabled him to plant the seed which has grown into the proud tree of the Christian Brothers throughout the world.”
ROAD DEPUTATION
The Minister for Local Government, Mr R Molloy, has at last consented to receive a deputation from Kilkenny about having the road from the city to Ballyhale given primary status.
And the man responsible for getting the Minister to change his mind is Brendan McKenna.
Mr McKenna, who was one of Kilkenny Corporation’s two representatives at the Municipal Authorities Conference in Kinsale, met the Minister at the Conference dinner.
“I told him many people in Kilkenny had strong views about the road and that it met all the qualifications for inclusion in the primary road system.
“I kept pressing him to receive a deputation and eventually he consented.”
Kilkenny Corporation have written to the Minister to arrange a date for the meeting.