Day in the Life Kilkenny 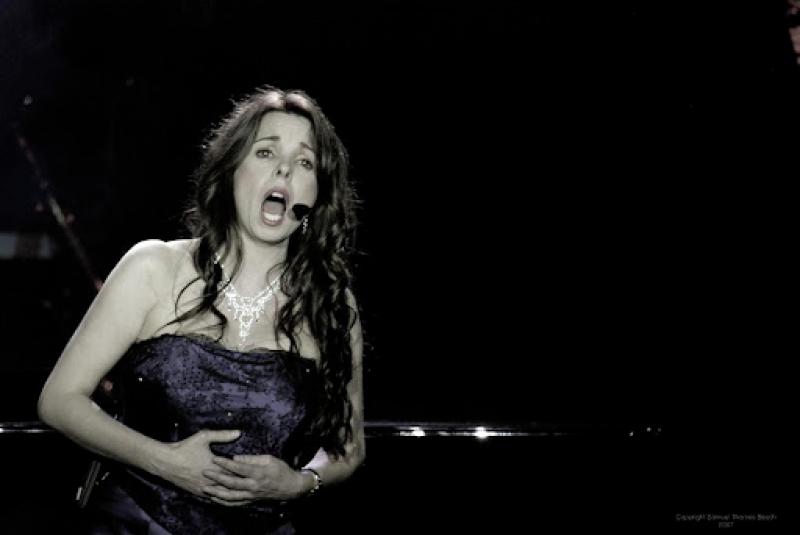 International soprano Sinéad Blanchfield has been wowing audiences around the globe for years.
Performing to packed venues where audiences range from hundreds to several thousand, Sinéad has performed in concert, opera and at corporate events all over the world.

A true performer, with a versatility beloved by audiences around the globe, Sinéad Blanchfield is a diva with difference. She is also from Larchfield in Kilkenny City - a true Village woman! - who knew from a very young age that she wanted to be a professional singer. She credits both the Presentation Primary and Secondary school where she attended for its influence in developing her as a musician.

For her UK performances, Sinéad has collaborated with the best directors and musicians on the London session scene creating a stunningly original classical crossover/Celtic sound.

In 2019 Sinéad decided to move from London back home to Kilkenny with her son Sydney, who is now seven years old. Sinéad felt it was time for a career change, but she did not stray too from the world of music, as she took up the role as the Music Development Officer of Music Generation Kilkenny.

Music Generation was set up by U2’s Bono and the Edge. The band members vowed that every child, whatever their background, would get access to music tuition.

Sinéad is making sure this vision happens in Kilkenny with over 30 musical educators involved in teaching over 6,000 children.
Here is a glimpse into Sinéad’s world….

Classical Crossover is very popular. It has opened many doors for you being so versatile in different vocal genres from Classical to Celtic and Jazz
Yes is became a very popular genre of music with the likes of Andrea Bocelli, Katherine Jenkins and Russell Watson coming on the scene.
Before that classical music was very pigeonholed and you didn’t cross over, but as a child I didn’t have that mindset. I would go from singing a pop song of the time, to the Fields of Athenry and onto an opera aria or something by Mozart! Whatever inspired me, I just wanted to sing it, and I didn’t care where it came from.
Having had so many different and varied musical influences did open doors for me and I embarked on producing my own dynamic and highly creative classical crossover show.
This led to much success on the concert platform and resulted in performances of the show all over the world – from New York to Naples, Sydney to Shanghai - for corporate events and on the world’s luxury cruise liners.

You left the life of opera and performing on the worldwide stage to come back home and work for Kilkenny’s Music Generation. We are very lucky to have you, but why the move?
I was doing a massive amount of travelling, nearly 150 flights a year for 10 years! I didn’t want to be doing that level of travel anymore.
It was time for a new chapter and to rail it back in. For family reasons I decided to move back home to Kilkenny.
I had been following Music Generation and saw that they were looking for a Music Development Officer around the time I was looking to move back home. So it all fitted well together and I was very lucky that they offered me the position.

What is Music Generation about?
Music Generation began in Ireland 2010. It was an idea that Bono and the Edge had where they wanted every single child to have access to music or singing.
It is now a national partnership programme whose mission is to create inspiring experiences for children and young people through music.
It operates through partnerships; by building partnerships through schools, youth settings, early year’s settings and developing music from age nought to 18.

How is it funded?
On a national level, the philanthropic funds are provided for by U2 with funding also from the Ireland Funds and the Department of Education.
Here in Kilkenny, our funding stream comes from our lead partner Kilkenny and Carlow Education and Training Board in partnership with Kilkenny County Council.

Have you ever met Bono or the Edge?
Not through this job, but I did once while on holidays in the South of France.
My friend and I were out for dinner and word got around the restaurant that we were singers. As you do, we stood up and gave them a few bars of Danny Boy!
When the song finished, the table in the corner stood up to give us a massive round of applause, it was Bono, the Edge and friends!

You’ve worn many hats in the past as a performer - this job also requires you to wear as many hats.
There are 30 musical educators on our team here in Kilkenny. Basically I build partnerships with schools and in the Community, I design and implement the music programmes for Schools and in the Community here in Kilkenny.
For example we currently have four strands in the primary school programme at the moment, one being the ukulele. So a musician goes into the school and teaches a full class how to play the ukulele.
The programme is progressive and developmental and runs for the whole academic year in the school. We also have a string and vocal programmes and a new percussion programme this year.
In the community we have developed after-school music hubs, so we have a hub in the city The Creative Music Space opens on September 30.
This is our after-school music hub run in partnership with Foróige at the DRUM, MacDonagh Shopping Centre.
Our Trad hub in Castlecomer will run every Monday after school in Castlecomer from September 27.
Next up is our Uilleann Pipe Hub which will be run this Autumn as a blended mix of online and in-person tuition. We are very proud of our 12 dedicated young Uilleann Pipers who performed in ‘Uilleann Pipe Dreams’ as part of this year’s St Patrick’s Day virtual parade.
More than 6,000 children and young people have participated in our music programmes so far this year across a diverse range of programmes in schools and in the community including workshops, camps and our weekly delivery of instrumental and vocal performance music education in our schools and after-school music hubs.

How has Music Generation helped the kids of Kilkenny during the pandemic?
I was very aware when children were being home schooled that there was very limited access to creativity-led programmes like drama, dance or music after school. So I had to reorganise things for an online platform as opposed to going into schools organising events in person.
I devised a well-being music programme for primary school and the children really reached out and engaged with it.
Before Christmas we had just under 1,200 students - now we have over 6,000 Kilkenny students.

Kilkenny Day is happening for real this year, not just virtually. You are also involved in it, so what are the plans for October 10?
We are delighted to be part of Kilkenny Day this year. We will have a range of musical instrument taster sessions from 11am to 5pm. The event is open to children and young people of all ages to come and try out an instrument they may never have tried before.
Instruments will be provided on the day and our fantastic Educators will demonstrate how to play each one.
We will also have a ’house band’ and students from our programmes will perform. From Ukulele, Acoustic Guitar, Electric Guitar, Bass Guitar, Violin, Drums, Percussion, Bodhrán, Banjo, Fiddle and more. We really hope that lots of children will come along and have a go!

Anyone interested or who wants to know more about the musical programmes can get in touch by emailing musicgenerationkilkenny@kcetb.ie or phone 087-1765493.