'Over next three to five years, approximately 1,000 housing units will be built in this area' 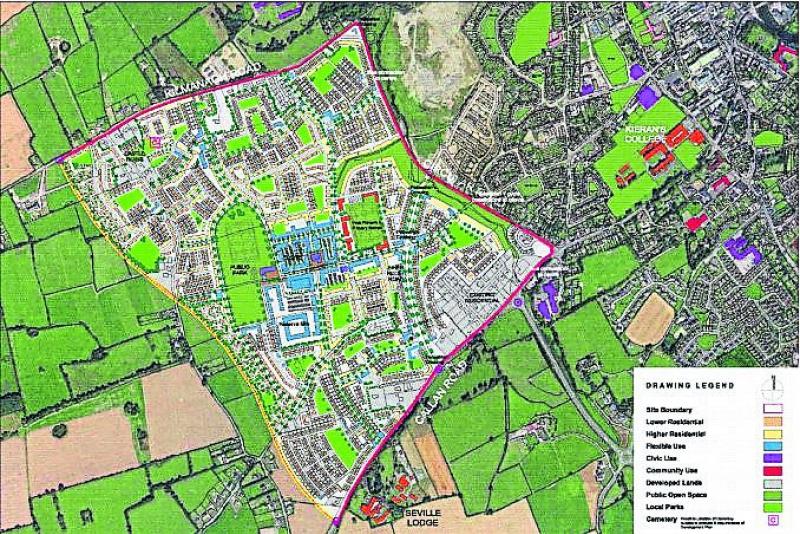 The dawn has arrived for a new era of Kilkenny City, with the development of a new neighbourhood to be known as Breagagh Valley.

It follows the official opening of the new Kilkenny Western Environs Phase 1 Infrastructure Road scheme by the Minister for Housing Darragh O’Brien, who visited Kilkenny on Thursday.

It’s all part of a grand plan to meet Kilkenny’s housing need now and into the future.

“Resulting from the investment in this project, it is expected that over the next three to five years, approximately 1,000 housing units will be built in this area,” she said.

“In addition to the already 280 houses that have planning permission, a further 850 are in the process of planning,” he said.

Mr Butler said that St Kieran’s College, who owned much of the land in the area will be facilitated carrying out their own improvements on the College Road once the new ETB site relocates.

The Breagagh Valley project’s roots go back many years, with a local area plan which identified a deficit in infrastructure to facilitate future developments.

“The term neighbourhood is being used for this development because housing does not stand alone — nor does it build communities,” said Mr Butler.

It follows the development previously of the Loughboy area and Newpark areas. The western environs will be the third. After, it will be the turn of the Loughmacask area to the north of the city.