Gerry Moran: Knock, knock who’s there - and who started that malarky? 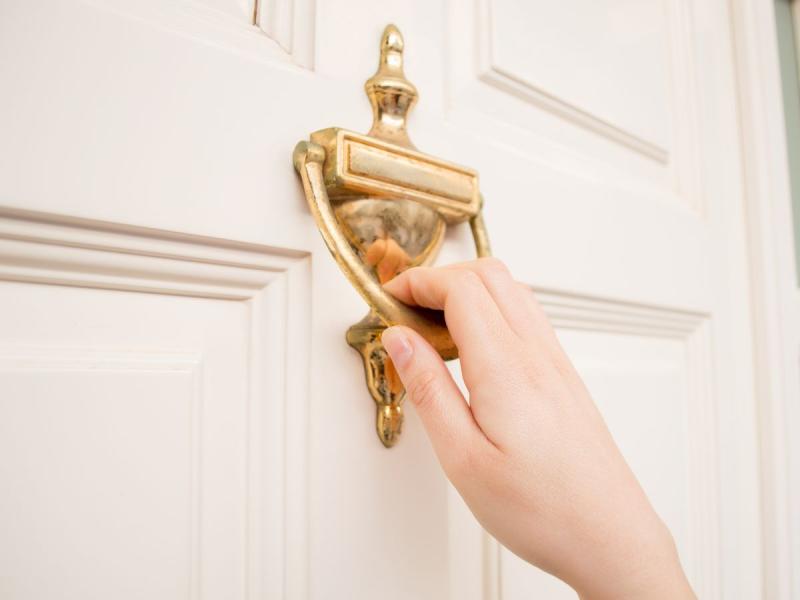 Knock, knock, who's there? - Who gave us the following well-known used, and often abused, saying? Read on...

So, where did that famous, or rather infamous, line 'Knock, Knock' come from? And who started it?
And while you’re pondering that who gave us the following well-known used, and often abused, sayings? And here’s a clue, they came from one person, and one person, only. Answer at the end of the column.
In a pickle. Brave new world. A sorry sight. For goodness sake. Vanish into thin air. Dead as a doornail. Love is blind. Seen better days. Fair play, foul play. The world is my oyster. Be all, end all. Wild goose chase. Naked truth. Makes your hair stand on end. Heart of hearts. Breathed his last. Not slept one wink. Full circle. Too much of a good thing. Break the ice. What’s done is done. Laughing stock. Off with his head. Green eyed monster. Wear your heart on your sleeve. Knock, knock who’s there. Set your teeth on edge. Lie low. The game is up. Faint hearted, So, so. Baited breath. Send him packing. Come what may. Heart of gold. Fight fire with fire. Good riddance.
As you can see it’s all about words this week and following are some words whose meaning has changed, changed utterly, over the years.
Let’s start with awful, which originally meant ‘full of awe’ and ‘inspiring wonder’; a word that’s very much in circulation these days is bully which, believe it or not, originally meant ‘darling’ or ‘sweetheart’.
And how awful that what was once a term of endearment has changed into something mean and menacing.
The word nice originally meant ‘silly’ or ‘foolish’ while bimbo came from the Italian ‘bambino’ meaning ‘little child’, ‘fellow’ or ‘one of the boys’. Wouldn’t care to call ‘one of the boys’ below in the pub a bimbo especially after a few pints – the consequences could be ‘awful’.
Chocolate, to which I’m partial, comes from ‘choc-alt’ an Aztec word that meant ‘bitter water’. Artificial, quite unlike its present day meaning, originally meant ‘full of artistic skill’.
And here’s a strange one, the original meaning of the word girl was, and wait for it, ‘a young person of either sex’.
As I think about that perhaps ‘girl’ is coming back into its own in the strange and fluid times in which we live.
And then there’s plonk – and we all know what plonk is (it’s what we all drank in the early days of wine drinking in Ireland because we knew no better , there was better, of course, but we couldn’t afford it).
Plonk has its origins in World War I. As part of their rations, British troops in France received a measure of white wine – vin blanc which, in true Cockney accent became plonk and if you speed up the pronunciation of vin blanc, you can hear, how it became plonk. I’ll finish with this one which I love: snob.
And we all know what a snob it and we all know what a pain in the butt they can be, however, the original meaning of snob was quite the opposite. Snob came from the Latin – sine nobilitate (without nobility) which was abbreviated to s.nob. Oh dear!
Whistle a happy tune!
Veering somewhat off on a tangent, the origin of not one word but five words that became the title actually of a very famous music programme on BBC television: ‘The Old Grey Whistle Test’ hosted by ’whispering’ Bob Harris and which aired from 1971 – 1988 and whose name always puzzled me.
‘Top of the Pops’ featured middle of the road, Top Twenty hits, ‘The Old Grey Whistle Test’ featured, among others, raucous rock bands many of them famous or on the way to fame (U2 featured on the show).
So, where did the name ‘The Old Grey Whistle Test’ come from and did it have any meaning? It did.
In a recent two hour show, celebrating its 50th anniversary, I learned that the name came from the Brill Building, an office complex, in New York where, back in the 60s, song writers such as Neil Diamond, Carole King and Burt Bacharach, to name but a few, worked from nine to five composing music.
At the end of the day they’d play their compositions to the doormen of the Brill Building, elderly gentlemen dressed in grey suits. If the ‘greys’ could whistle a few bars of the songs after one or two hearings the songwriters reckoned they had a potential hit on their hands. Mystery solved.
Finally, the person who gave us all those everyday sayings, above, including ‘Knock, knock, who’s there?’ was none other than William Shakespeare.
And you thought you didn’t know your Shakespeare? Well, think again.