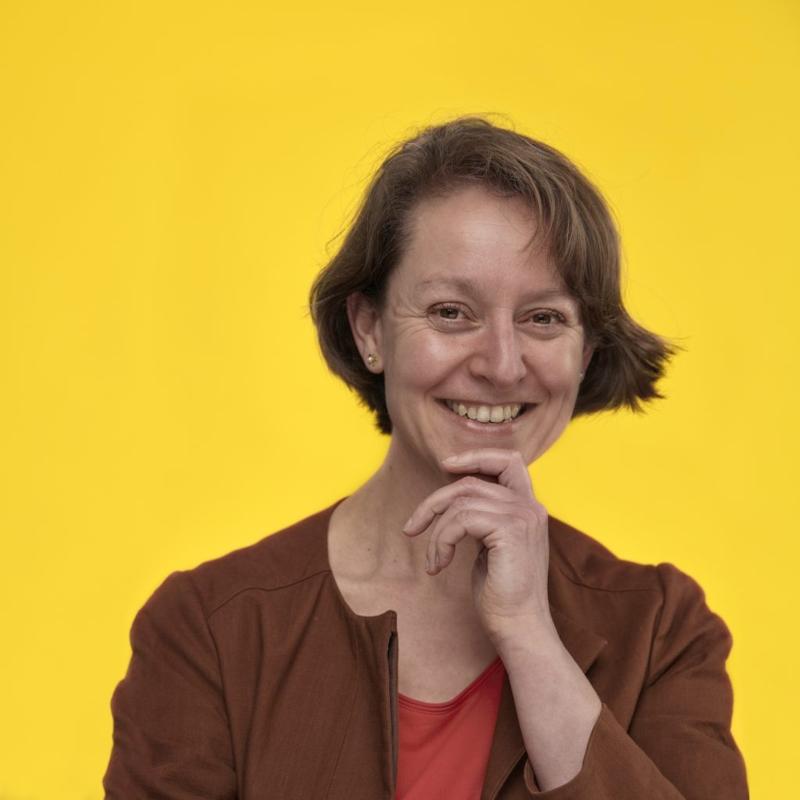 Gilly Fogg has been annonuced as head creative

The announcement was made by Lighthouse’s managing director Claire Finn. Fogg joined Lighthouse when the company first launched in 2017 as studio series director and then became showrunner in February 2021. Now as head creative and series showrunner, she will be the ‘creative guardian’ of every project, managing the creative teams and overseeing the development of all studio content.

Fogg has been involved in the creative process at Lighthouse since inception, directing the Amazon Prime original, Bug Diaries, and creatively overseeing the tests that won the projects currently in production, including The Cuphead Show for Netflix. She is currently directing an as yet to be announced mini-series for one of the global streamers and is serving as showrunner on another series, currently in development, which Fogg successfully pitched alongside Finn in Sept 2019.

Fogg will work closely with the showrunner of the studio’s first own adult IP, a gritty animated crime drama loosely based on real events at the turn of the millennium in Ireland. She is also overseeing the company’s 'short film project' - an initiative that offers Lighthouse employees the opportunity to flex their creative muscle and submit an original concept, with the top pick to be developed and produced by the studio. A creator herself, Fogg is also currently writing an original work, which explores inter-generational relationships in a changing world.

“Since taking the reins of the studio in 2018, I am quite proud of the level of talent we have attracted and the culture we have created that gives our team the environment to thrive, and Gilly has played a huge role in taking Lighthouse to the next level," said Ms Finn.

"We have a robust slate of service work with big launches happening in spring ‘22 and are gaining strength as we grow our original IP projects.

“I love Gilly’s passion and together with Head of Production Cormac Slevin, we want to continue to find, create and produce content that delivers the exceptional standards we have become known for."

“What I enjoy most in the creative process is working closely with people and building long-lasting creative relationships. It’s also a privilege to mentor upcoming directors in our own team. I love working with Claire whose vision inspires the entire team to bring to life projects that entertain audiences across the globe," she said.

Prior to joining Lighthouse, Fogg worked as a Series Director for DHX Media, Wishenpoof for Amazon Prime with Angela Santemero and Wendy Harris; Space Ranger Roger; and three seasons of Animal Mechanicals for Canada’s CBC. Previously, she worked for HIT Entertainment for eight years, starting as a stop-motion animator and then serving for four years as an episodic director for the hit series, Bob the Builder. Fogg began her entertainment career during university as a puppeteer, touring Scotland with the Perfect Chaos theatre company. Following university, she received an internship at Studio Jiri Trnka in Prague, studying all aspects of traditional animation under Vlasta Pospislova. Fogg received a degree in Film & Theatre Studies and English Literature at the University of Glasgow, Scotland, and also studied film at Queen’s University in Canada.

To date, the studio has created 2D animation for a slate of content, including Amazon’s Bug Diaries and Emmy-Award nominated series, Give A Mouse A Cookie; Little Ellen for Warner Bros. Animation, which premiered in September 2021 on Cartoonito; and Netflix’s hugely anticipated The Cuphead Show. The Kilkenny-based studio is currently developing its own original IP - details of which are soon to be announced. For more information, visit https://www.lighthousestudios.ie/