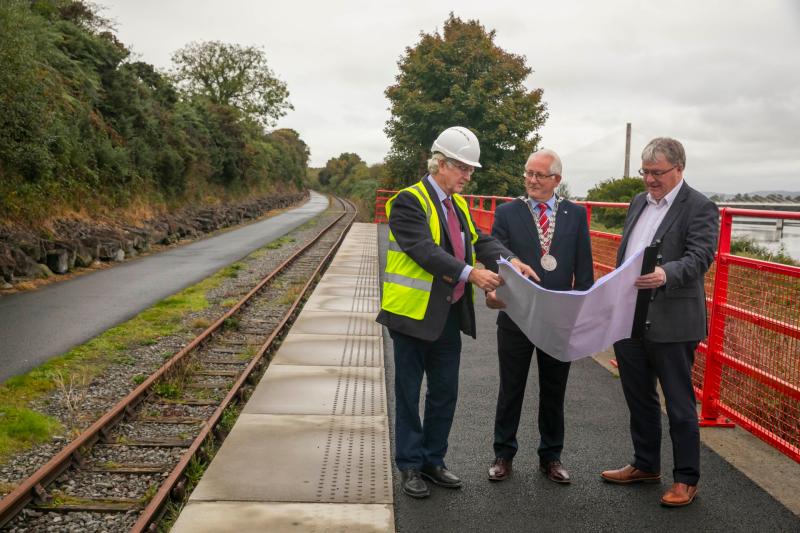 Works have begun on the extension of the Waterford Greenway from Bilberry to the city centre and are expected to be completed within 18 months.

The project will help augment the user numbers along this section of the Greenway and, in addition, provide users with a safer and more comfortable cycling and walking experience as they approach the city centre.

The enhancement and improvement of the 2.1km stretch of the Greenway will also provide for the future Greenway links to New Ross, currently at construction phase, and Rosslare and Tramore.

The Mayor of Waterford City and County, Cllr. Joe Kelly welcomed the commencement of the project and the continuing commitment to enhance the Waterford Greenway.

“The Greenway has breathed new life into the city and county and the fact that this extension will give users a more comfortable cycling and walking experience is to be welcomed.”

“Having recently being recognised as the second best Greenway in Europe, at the 10th European Greenway Awards, just reinforces what we already know.  The Waterford Greenway is an amazing amenity and the envy of many cities and countries in Europe.”

“The extension from Bilberry to the City Centre will enable users to extend their journey from Dungarvan right into the heart of Waterford city, and eventually onto Tramore and New Ross.”

“The collaboration and cooperation of the regions’ local authorities in consolidating the Greenway network is testament to the significance in which the Greenway is held as a valuable tourist attraction and a means to promote leisure and encourage active movement.”