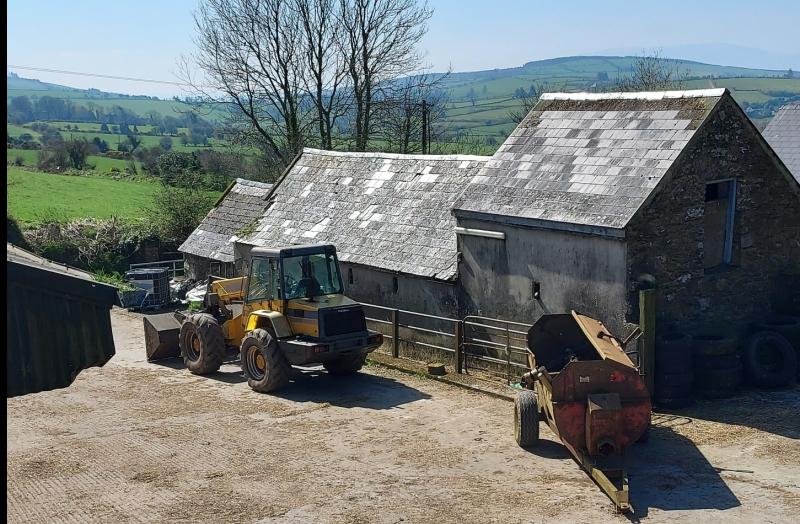 A South Kilkenny farm building is in the process of being lovingly restored with the hope that the wildlife that left there over the years can one day return.

In March 2021, a grant scheme was opened online by the Heritage Council and the Department of Agriculture to conserve old farm buildings in Ireland.  Vincent Phelan, Kilmoganny, Kilkenny applied for the grant and following assessment he was offered a grant for his project.

Wildlife expert Gerard Tobin came to inspect and it was discovered that there used to be bats roosting in the shed. Once the renovations were under way it is hopeful that the bats will return after non-toxic timber treatment was used and bat boxes were put in place.  Felt wasn’t installed as the breathable version is considered to be deathly harmful to bats.

The shed was built in the early 1900s and was used as a cow house for milking Dexter cows up until the early 80s. It was then used for cows calving. In the early 90’s there was a water pump drilled into place inside the shed and then the shed was used to store cattle feed.

Once the holes in the roof appeared it could no longer be used to store the feed. More recently it has been used for storage of
wood and tractor parts. The reason for the repair was due to slates slipping and the roof in danger of caving in towards the back.

Once renovation is complete it is hoped that the shed will be used once again to store cattle feed and continue to be a useful asset to the farm.

“The restoration of this building would mean an awful lot to us as the landscape would improve the overall look of the house and farm beside it,” says Vincent.

Vincent would like to thank the Heritage Council and the Department of Agriculture for the opportunity to repair this old farm building.