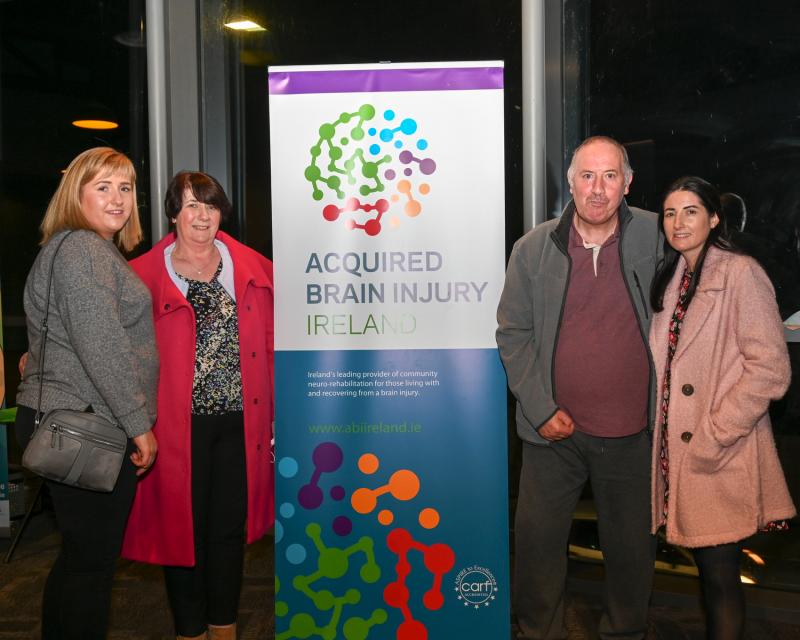 Kilkenny Carlow Acquired Brain Injury Group has been hard at work over the eighteen months and their documentary film, ‘Kilkenny Brain Works’, will screen at the IMC cinema on Barracks Street at 7.30pm last night.

The focus of the film is the camaraderie of the group and members of the group worked with writer Gillian Grattan and Kilkenny and Carlow ETB to make this documentary happen. Through a series of interviews, the audience will get a real insight into the world of people who are living with a brain injury and how this dramatically affects the lives of those people. The positivity that comes from being involved in the Kilkenny Acquired Brain Injury Group shines through.

An acquired brain injury (ABI) is an injury to the brain that occurs after birth. Brain injury commonly results in life-long challenges, including changes to behaviour, emotions, and physical function. ABIs may be traumatic, caused by a sudden blow or jolt to the brain. These injuries are usually serious and often occur because of falls, assaults, and road traffic accidents.  ABIs may also be non-traumatic, brought about because something happens within the body like stroke, brain
hemorrhages or a viral infection.

Every brain is different, so every brain injury is unique to each individual affected. Brain injury is often described as an ‘invisible disability’ because its effects are often hidden, even though 19,000 people in Ireland acquire a brain injury every year – that is 52 people every day.

The documentary includes Mick Gaule, Darina O Mahony, Richie Reynolds, Fergus Witherow, Nigel Brander, Barney Moore, Alan Phelan, Shane O Hara who are all members of the group, as well as Marie Costigan and Sharon O’ Neill of Acquired Brain Injury Ireland. The group has been working with Gillian Grattan, over the last eighteen months, which has been funded by
Community Education, Kilkenny and Carlow ETB, and what started out as a project on storytelling through photography has turned into a highly informative film.

The documentary was filmed and edited by Gillian Grattan and funded by Kilkenny and Carlow ETB. This documentary is a true insight into what goes on with the group.

"We learn something every week when we come in – nothing can teach you what we learn from this group,” says Marie Costigan. Anyone who watches this documentary will gain a real understanding of the Kilkenny Acquired Brain Injury group and its unique positivity.

For more pictures from the evening, see next week's Kilkenny People.