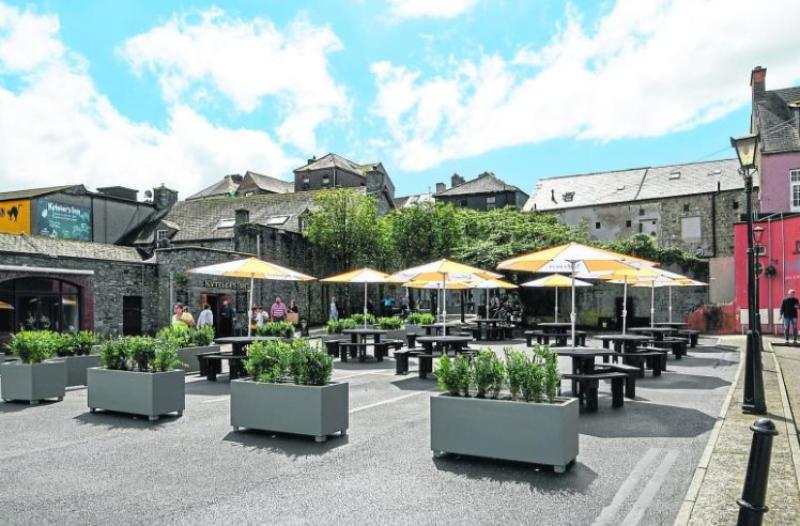 Anti-social behaviour is continuing to blight certain parts of the city and is having an impact on the local tourism industry according to a city-based councillor.
Cllr Eugene McGuinness raised the issue of anti-social behaviour at St Canice’s Steps at Friday’s meeting of the Kilkenny Municipal District.
“I know a tour operator who does a walking tour and he has had to change his route to avoid St Canice’s Steps because of anti-social behaviour,” he said adding that the local authority needed ‘to redouble their efforts’ to address the ongoing problem.
“I know the gardaí are doing their best but at the moment when you drive past all you can see is people drinking cans,” he added.
Cllr David Fitzgerald also spoke out on anti-social behaviour in the city and said that there is a problem with some of the public seating as it is available 24/7 and is being used to engage in anti-social behaviour late at night.
“We can’t create all night outdoor drinking spaces,” he said.
City engineer, Ian Gardner said that he thought that the anti-social behaviour at St Canice’s Steps had improved a lot.
“‘The gardaí are doing a lot of good work,” he said but added that it was ‘terrible’ to see anti-social behaviour on the Medieval Mile.
Mr Gardner also told the meeting that there was ‘a bit of anti-social behaviour’ at some of the public seating spaces.
“I think a lot of that is because of the tables. We are moving away from the provision of tables and going back to benches,” he said.
Meanwhile Director of Services at Kilkenny County Council, Tim Butler told the meeting that there were byelaws in place prohibiting drinking in outside spaces but acknowledged that because of Covid-19 and it’s ‘outside summer’ there had been some incidents.
“There is a clampdown on public order and gardaí have been looking for fine books. I think that it will be enforced and largely eliminated by gardaí,” he added.
Drinking bylaws prohibiting the consumption of alcohol on the streets and in public places within the county are in place unless certain exemptions have been granted for specific events. Anyone found to be in breach of the bye-laws could face a fine of up to €2,500 if they are convicted in the District Court.