Special edition sculpture has been specially created for Yulefest 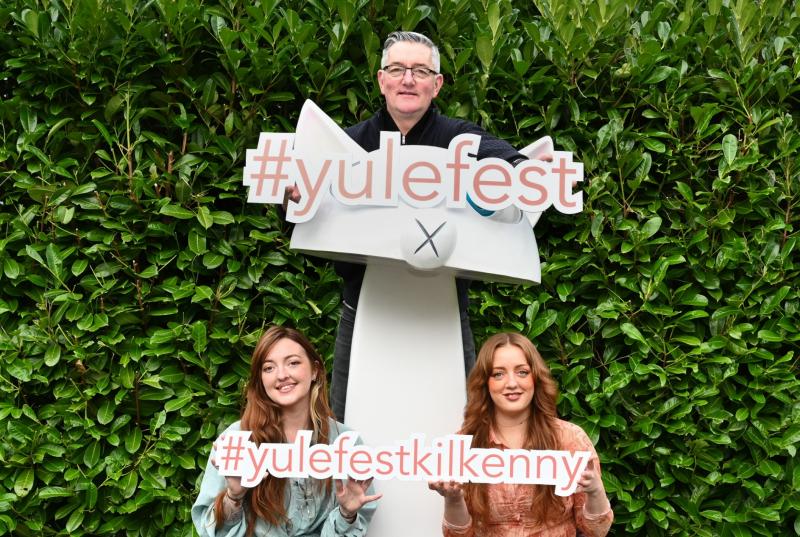 A new cat is about to join the trail for the hugely successful Kilkenny Cat Walk as part of Yulefest.

The special edition sculpture has been specially created for the Kilkenny festival and will be unveiled at The Parade on Saturday December 4. It will be on display in the window of the Kilkenny Art Gallery at 25 Patrick Street.

The new addition is a truly family affair, designed and painted by a Kilkenny father-and-daughters team, each bringing their different styles of painting to the project.

Brock Butler has been exhibiting in Kilkenny for many years and has also shown in Dublin, Galway, Belfast, Edinburgh and London as well as at various arts festivals and international art fairs. He has three times been awarded Government Percent For Art commissions. Collectors of his work include financier Dermot Desmond and Senator David Norris, and he is also included in numerous hotel collections around the country.

Jade Butler has been emerging in recent years as a name to watch in the art world. Graduating from West Wales School of the Arts in 2010, her current work is primarily contemporary still life in oils. Her work has been selected for the prestigious annual exhibition of The Royal Hibernian Academy , as well as The Royal Ulster Academy and The Royal Scottish Academy.

Her paintings are held in private collections in Europe and America and several public collections including the Office of Public Works NI.

Both Brock and Jade have paintings included in the forthcoming Butler Gallery fundraising auction at Lyrath Estate on November 26.

Blaise Butler is an illustrator and sculptor. Using her middle name Pandora, her work can be seen on Instagram as blaisepandoraart. She most recently exhibited her sculptures at The Secret Garden Exhibition during Kilkenny Arts Festival 2021.

Having lived for several years in  Australia, where she expanded her artistic range, working for some time with a studio of tattoo artists — she has now returned to Kilkenny and has also returned to Art School to extend her skills even further, studying ceramics at Grennan Mill.

ON DISPLAY
The Yulefest cat promises to be a glamorous feline appropriate to the season.
After its launch on December 4 it will be on display at the gallery in Patrick Street until Easter.