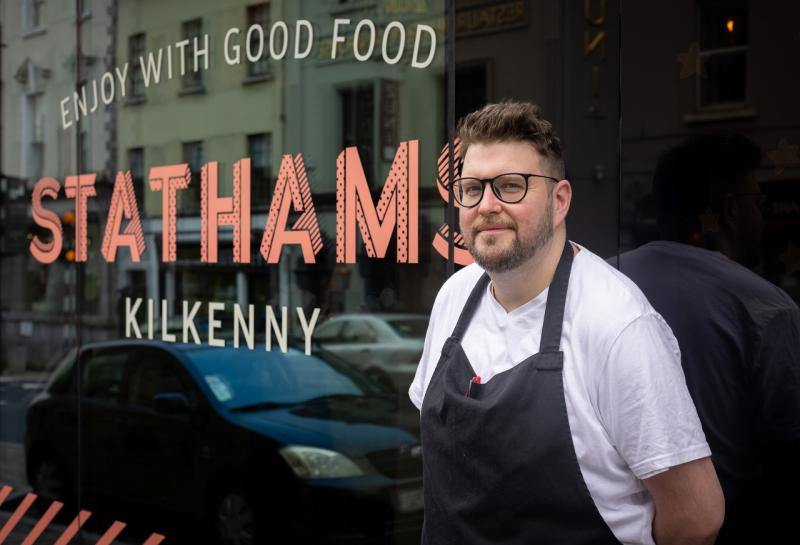 After 10 years as Head Chef and promotion to Executive Chef of the Michelin starred Lady Helen restaurant at Mount Juliet, Ken took up the position in June as Executive Chef at the Pembroke Hotel, where he says he is serving 'real, honest food' with elevated flavours at Statham’s. 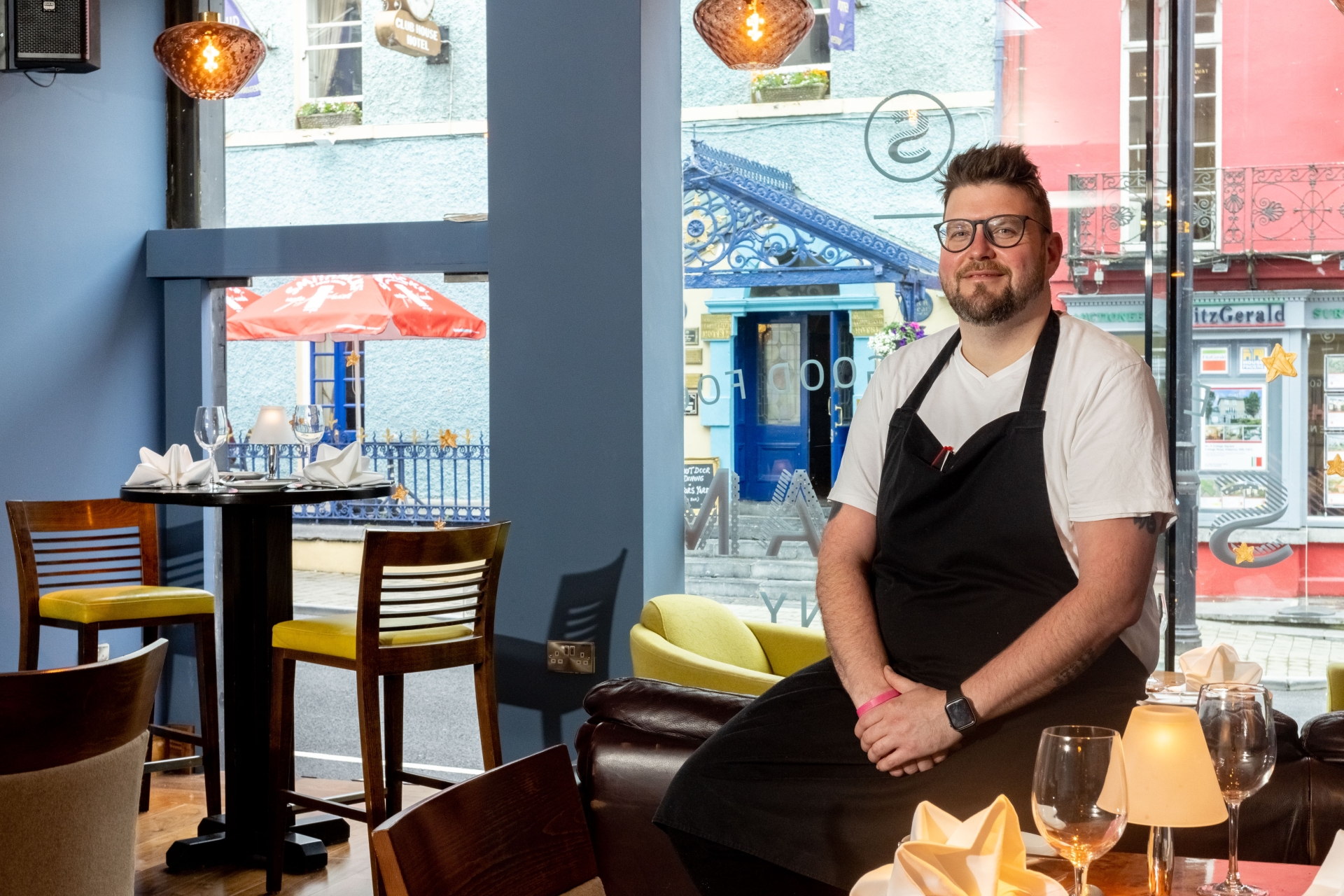 Originally from Sunderland in the North-East of England, Ken’s career began as at the age of 16 when he was captivated by the intensity of the Kitchen. Ken, who lives in Thomastown with his wife and little girl and has two dogs, loves running, slow and steady, in his spare time.

Since joining the Pembroke Hotel, Ken Harker has taken a more rustic, accessible approach to his cooking. He has helped the hotel to elevate the menu with some subtle tweaks and brought in his own crack-team of chefs.

Here is a glimpse into Ken’s world….

We are very lucky to have retained you here in Kilkenny. The Pembroke Hotel knew a good thing when they hired you!

I am very lucky to be here. When I met Paul Broderick, (General Manager) and John Ryan, (owner), for the first time, it was very clear that they had a vision. They wanted to build something that wasn’t about turning rooms quickly, like the generic city centre hotel.

How are you catering for the locals?

We are doing something a little bit different; we are doing small and large plates. A small group can sit and share a grazing menu with some cocktails or wine (of course, when Covid restrictions allow).

There’s also a new outdoor eating area, which is finished just in time for winter! There’s a lot of plans for next year, as outdoor eating is here to stay.

They have automatic doors, so you don’t have to touch them, contactless lifts. Residents can get to their room now without touching anything. 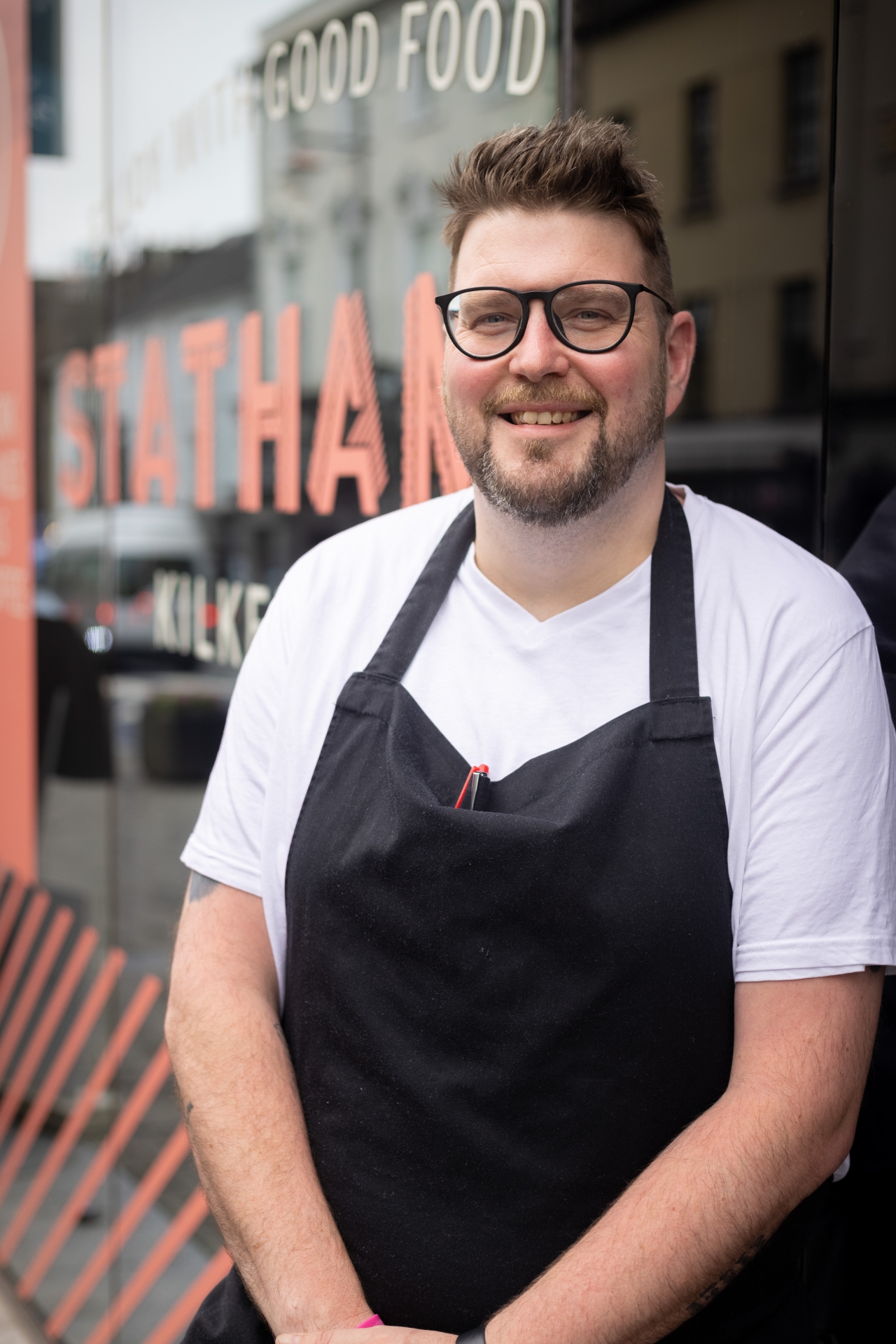 The Pembroke Hotel is really becoming an ‘anti-covid friendly’ hotel. It probably     helps that the owner – John Ryan comes from a building background?

Even if there isn’t an element of restrictions, there will always be an element of   consciousness in the public going forward. So, most of the new measures will be here to stay.

It certainly helps that John is from a builder’s background, he is a real logical, strategic,   thinking man. He sees a problem; he thinks about it, and he acts.

He is a chef’s dream, as a lot of thought and precision went into the kitchen that I inherited.   It’s a gift as it’s a very efficient kitchen, with everything is a few seconds away from you.

Why move from a Michelin star restaurant that you help create to a smaller       operation?

It was a massive change; I think that as part of the attraction. For me, I was looking for a   little bit of change in direction and maybe a change for myself.

It’s a very different menu at Statham’s. I love it, it’s quite health conscious.

We stripped it back a little bit. I was also conscious when we reopened what the staffing level was going to be like. As you know in hospitality now, it’s hard-to-get staff and chefs are moving around right, left and centre. It’s even harder to get really good staff.

I could go out tomorrow and write an amazing blow your mind menu, but if we can’t deliver it consistently, what is the point? Now we are at a good solid place and at the foundation of where we want to go.

We also have a great team and next year will be all about building, improving, and getting better. Hence laying the foundation of serving good, honest to God level of food.

It’s seasonal, it’s tasty, its fresh and it’s local and Irish where possible. It’s totally dictated by the seasons and the produce.

You are a keen runner and even did your first marathon during lockdown. Staying healthy is very important to you.

I wouldn’t say I am healthy, but I try to run. I enjoy it and I try to get our twice a week. It’s more for my head than anything. I run ten kilometres, with the last couple of kilometres more of a stumble than a run!

I listen to some cheesy eighties disco music and get out on my own for an hour. At the end of day, you are only competing with yourself. I wouldn’t be able to compete with those proper runners (as I call them!).

So, is the new menu at Statham’s a reflection of your healthy lifestyle?

That’s a lot down to Paul Broderick, our General Manager. He is very much into a healthy lifestyle and is especially conscious when it comes to staff meals.

He is very keen to have a good balanced staff meal and of good standard to keep the staff happy, as well as giving them energy. He has noticed if it’s an unhealthy or large staff meal, its reflected in the team by the afternoon, and they are tired.

I know you can’t run a hotel solely on healthy food, there must be a balance because people are here to get away and let go. I think a little bit of luxury and a nod to the healthy lifestyle is what people are looking for.

We also cater for those who want to let go too! Those who want a little bit of a blow out and have something naughty.

People are rethinking about being in this sector as a career choice.

Yes, and being off over the lockdowns opened our eyes too. I had Christmas off for the first time in 17 years, I have an eight-year-old girl, so it was unbelievable to have it off. Now I did get stuck doing all the cooking!

I genuinely thought about not going back to hospitality. I really played with the idea long and hard.

I was going to take a job just to pay the bills -but you must be true to yourself. If you have invested so much in something that you are so passionate about, then I think you would be wrong not to do it.

Even if it is hard work, tiring and stressful, you would be lying to yourself if you didn’t do it.

You work to satisfy guests and there’s nothing better when you get great feedback. We are starting to see new faces in the hotel, that’s always a good sign. Regulars have noticed a change and keep coming back. We are in a good place.

The number of school-leavers entering hospitality and catering are lower than ever. What can the industry do to change this?

People are always saying that the hospitality industry has to change, because it’s a lot of hard work. It’s perceived to be ok to be overworked, with long hours in a tough kitchen.

Personally, I don’t know if it’s the industry that is the issue. It’s the chefs and the managers, who ultimately are the industry, that need to change. We can’t blame the industry; we can only blame ourselves.

Everyone is quick to point the blame at the industry and I used to be like that. I started work at the crack of dawn, like a mad workaholic, pushing and dragging everybody with me. We have to all change, if we change our mentality, the industry will follow.

Here at the Pembroke Hotel, they are very conscious of that and want people to have a work life balance. They want to build a team and the only way to do that is to make sure people are happy in their jobs.

Statham’s were finalists for Best Casual Dining Leinster, whilst Ken Harker is shortlisted for the Best Chef award at the Food & Wine Restaurant of the Year Awards 2021.