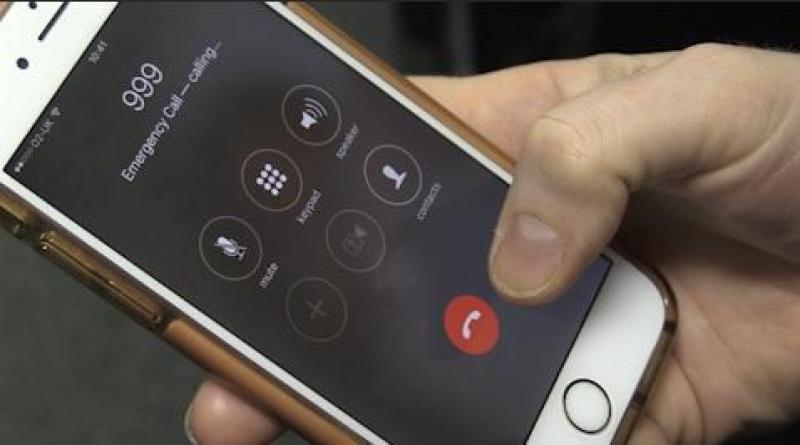 A jury has listened to recordings of 999 calls from a man who said that he had stabbed a woman in the head and sliced her throat and that if gardai did not take his call seriously, he would commit another 'murder'.

Giving evidence this afternoon, Padraic McInerney told prosecution counsel John O'Kelly SC that he was working as a control room operator for the Eastern region at Waterford Garda Station on March 25, 2020, when he received a call on the 999 line from an anonymous phone number at 5.10pm.

"The first thing the caller said to me was 'call me God'," he said, adding that it was a bit difficult to hear what the caller had said.

Mr McInerney told the jury that the caller repeated 'call me God' and asked if he was onto Kilkenny Garda Station. The witness told the caller that it was the control room for that area and when he asked him what his emergency was, the caller said: "I wish to inform An Garda Siochana that I killed a woman".

Mr McInerney asked the caller where the body was and the caller told him that it was in the second house at the back of Langtons 'behind the cathedral'. The caller then repeated 'call me God'.

The caller hung up the phone when the witness asked him for his name. "It was at that point I spoke to the Sergeant in the control room. I said I think this is serious and explained the situation to him," said Mr McInerney.

The witness said he stayed on the phone after the call ended to get the unique ID number for the call and he received a location.

Mr McInerney said he then overheard one of his colleagues Fiona Dunphy on a call saying: "Did I hear you say that you killed a woman?". "I went over to her and said I think this is the same call I got a short while ago. That call came through with an actual mobile number as opposed to a unique ID which I got when the call came through," he explained.

Mr McInerney said he got another person to search Pulse for the mobile number and found "a match or a name with that number".

The prosecution then played the first 999 call made by the caller to the jury.

The next witness Fiona Dunphy told Mr O'Kelly that she received a 999 call on the emergency line at 6.30pm on the same day. "The male came through and said he murdered someone and told me that the location of the body was at the back of Langtons on Maudlin Street in Kilkenny," she said.

Ms Dunphy said the caller told her that he had committed the murder five days previously. "He said he stabbed the lady in the head and sliced her throat," she said. The witness said her colleague Mr McInerney was trying to get her attention when she was on the call as he had already taken a call from the same man.

The witness told the jury that the caller seemed to be frustrated and said he would commit another murder if they did not take the calls seriously.

Ms Dunphy said she checked the phone number on Pulse and the name Noel Pierce of Cathedral Square in Kilkenny came up. The line was cleared at that stage and she went to her Sergeant and showed him the call that she had taken.

The next witness Kaley Roche said she received a 999 call from another number at 6.25pm on March 25. When she asked the caller what was the emergency, Ms Roche said he demanded to be called 'God'. "Then he said you are not taking me seriously and if you don't take me seriously I'll murder another woman, something along those lines at the start," she explained.

Ms Roche said the caller said he had murdered a woman and the body was near Langtons Pub but could not give her an address. "I was obviously aware of the other two calls as I heard my colleagues on the line. Fiona got an 086 number and I got an 085 number so I entered that number in the system," she continued.

Noel Pierce told Garrett McCormack BL, prosecuting, that he was living at Cathedral Square in Kilkenny on March 25, 2020 when Mr Rowe called to his house after 5.45pm without any notice. The witness said that he had previously been in a relationship with Mr Rowe's mother and that the accused seemed to be in a hurry that day. Mr Rowe asked him if he could use his phone and said the accused stayed in his house for about ten minutes.

Mr Pierce said the accused did not say why he wanted his phone.

Under cross-examination, Mr Pierce agreed with defence counsel Kathleen Leader SC that he had told gardai in his statement that the accused's 'head was not right'.

Opening the prosecution’s case this morning, Mr O'Kelly said that Ms Butler's body was found at her home on Maudlin Street five days after her death on March 25. This discovery, counsel said, resulted from a number of anonymous phone calls received by gardai on March 25.

"There were three anonymous 999 calls stating he had killed a woman and she was in Maudlin Street behind Langton's Hotel. These calls were traced back by gardai to Trevor Rowe," he said.

Mr O'Kelly said these calls were made from other people's phones but gardai were able to "check back" to the owner of one of those phones and received information from them that Mr Rowe had made a call using their phone. "The timing of those calls tie in with calls to the garda command and control centre and as a result of that gardai went to Mr Rowe's home," he continued.

The trial continues tomorrow before Ms Justice Karen O'Connor and a jury of seven men and five women. It is expected to last ten days.