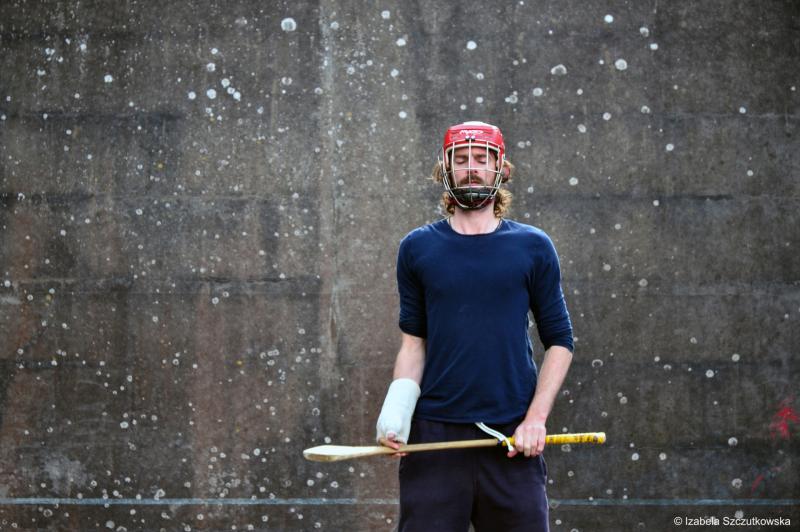 Spliced will be performed at the Watergate on April 8

A raw and real one-man show, Spliced comes to The Watergate Theatre in Kilkenny this Friday (April 8).
Hard-hitting, witty and brave, this powerful performance written and performed by Timmy Creed, and directed by Gina Moxley, shines a light on the fragility of the sportsman behind the mask.
Hurling is more than just a national pastime — it’s an ancient sport of Irish warriors that’s history pre-dates the recorded history of Ireland itself.
Skilful, pressurised, occasionally violent, it turns young men into local celebrities on the pitch and in the pub, with time for little else. But how do you find yourself, and challenge yourself, when your role is to uphold physical peak fitness, a high social status and unrivalled masculine identity?
Timmy Creed plays hurling. He loves it, he hates it, but for better or worse, it’s a part of him. Written with sportspeople in mind, this one man show uses everything Timmy’s experience in the GAA has to offer - he is physically and mentally stepping on and off the grass, to portray exactly the toll the expectations of the game took on him, and what an overriding single focus does to a young mind?
Spliced is a visceral account of Timmy’s personal struggle from local hero and pack mentality to individual responsibility outside of the sporting institution that raised him. This show displays thrilling music and video that deals with identity, masculinity, and mental health, in the surroundings of a sports club.
The show will be followed by an open discussion between sports personalities and the audience about the topics that are raised.
For more or to book see www.watergatetheatre.com