End of an era for Kilkenny's St Brigid's College

Weaving in the Years - Sr Assumpta 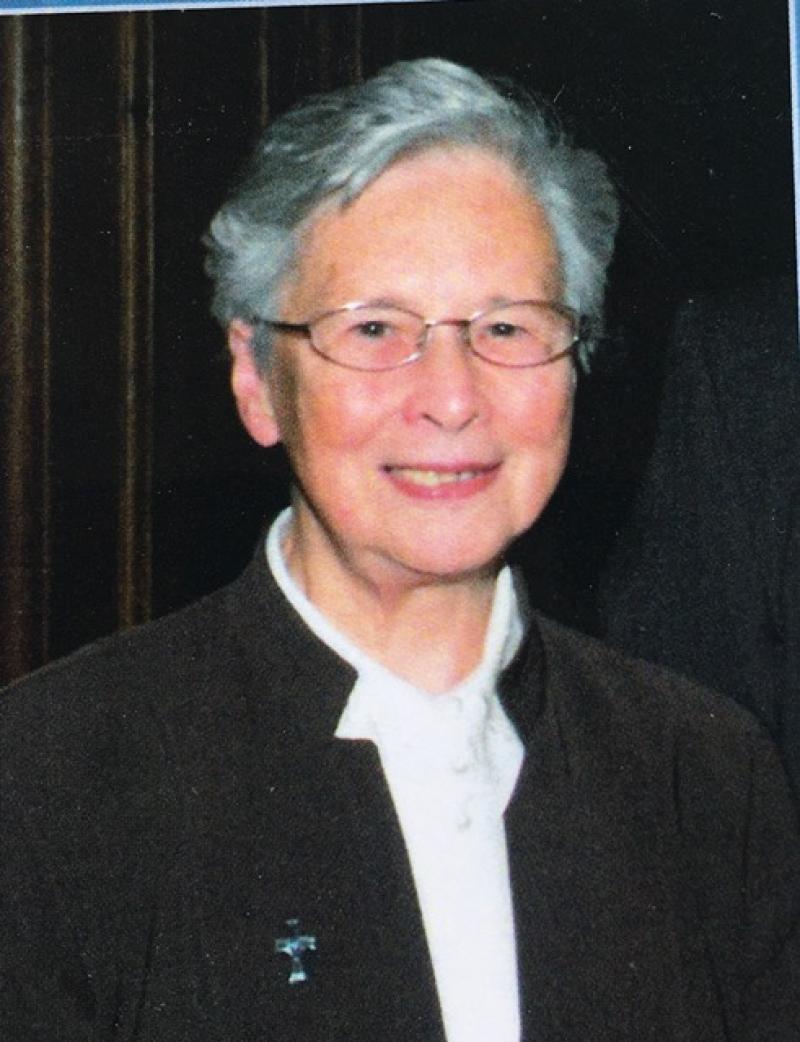 Sr Assumpta helped shape St Brigid's College, making it one of Ireland's most respected boarding schools. She wrote a book on the history of the Sisters of Ossory, Weaving A Thread (1872-1922)

Are we in the habit of forgetting what great work the Nuns did for us? I knew I was, until I sat down with 96-year-old Sr Assumpta Saunders to hear about her life’s story.

I wanted to talk to her about the 70 years she had given to my former school of St Brigid’s College in Callan, and how she helped in shaping it to become one Ireland’s most respectable boarding secondary school for girls.

This June will mark the end of an era as St Brigid’s closes its doors as a secondary school for girls and joins forces with Coláiste Éamann to become a new school Coláiste Abhainn Rí, on the same grounds.

Yes, times are changing and as a former pupil of St Brigid’s I never thought I’d see the day. When my old school asked me to write about it, I knew I needed to speak to Sr Assumpta, the lady who founded St. Brigid’s Boarding School and sister to the founder of the secondary school, the late Sr Marie Therese. 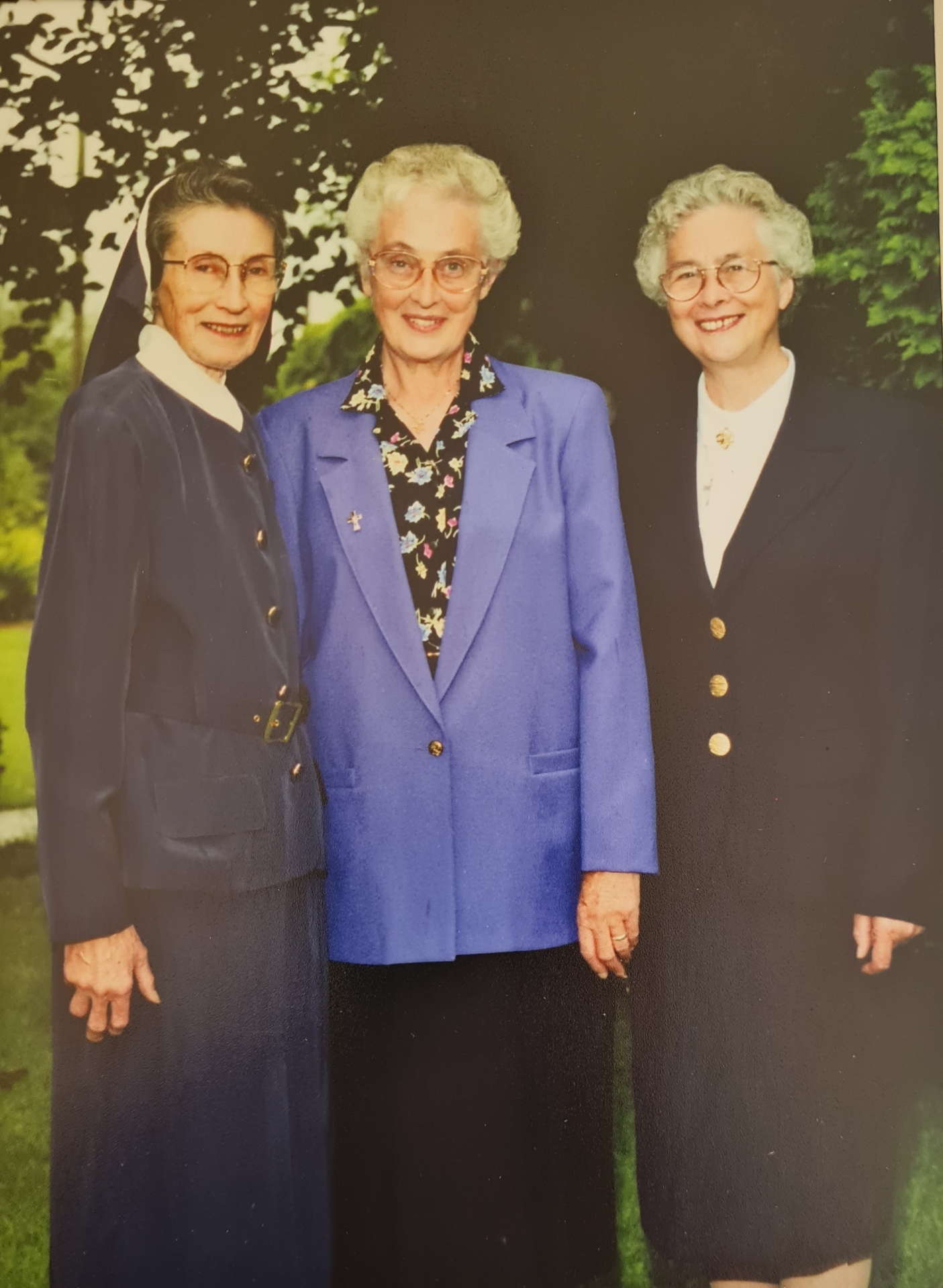 It was under inspired direction of the two sisters from Co Clare that St Brigid’s College, as a convent, became one of the most successful second level schools in Ireland.

Sr Assumpta was my English teacher, and she was also head of the boarding school where I spent six fun memorable years and made friends for life.

Sr Assumpta left her home in Mullagh, Co Clare at the age of 18 to join the Mercy Sisters in Callan in 1944. She received her calling from God to become a nun when she was just 14 years of age.

“I was in the chapel, I felt the Lord speaking to me,"she said. "I didn’t hear anything, I just felt that he was calling me. I really fell in love with God, and I would have done anything that he would have asked me to do. I felt he wanted me to give my life to him."

"I waited until I had my leaving cert done, as I thought I wouldn’t be of any use to anyone without it. After my leaving cert, I was qualified to teach in a primary school.”

Sr Assumpta’s two birth sisters also joined the convent. The eldest sister, Sr Marie Therese had just finished her degree in UCD and was offered a lecturing job in Dublin, but she decided to follow God and put her teaching to good use in founding the secondary school as we know it today.

The third sister, Sr Mona moved to the convent in Callan after 40 years in the Missions. All three of them worked tirelessly for their faith.

“Every family had a nun in it back then" recalled Sr. Assumpta.. In our village we had one family with five girls, and they all became nuns. You became either a teacher, a nurse, a social worker or worked in the Civil Service, because there weren’t many things open to women those days.”

When Sr Assumpta first taught in Callan, it was a secondary top school, which meant it was a primary school that could take students as far as the Inter Cert.

“Secondary schools were very rare in the country, especially for girls," she said. "We were all anxious to see girls getting a better education. The demand was there, so I was sent to college to do my degree in 1948 to 1952 in UCC, where I studied Irish, English, and Latin, even though I had no great love for Latin!”

Sr Assumpta did not stop there in her desire to teach the girls more. She completed a Masters in 1972 and a Ph. D in 1977. She went on to teach for 40 years while opening the Boarding School for girls in 1959.

“I was over the boarding school for over 30 years for my sins!" she joked. "I loved it, despite being up at night, don’t you know Siobhan what went on at night sometimes?!

"I had to pretend I didn’t know what you girls were up to, because I’d have to get too cross, and I loved every single one of you.”

“It still gives me joy because so many of you girls come back to visit me" she added. "The boarders brought new life and interests into the school, as some were from outside Kilkenny. You were always so united, there was no going between you. You wouldn’t ‘squeal’ on another, I learnt that word from you girls!”

“It was tough too," she continued. "Sr Imelda and I spent our summers painting the boarding school and making up beds. Initially the boarders stayed for a month at the time, so there was never a day off.”

The Nuns in St Brigid’s did work tirelessly, and they did not receive a pay packet like the lay teachers. Instead, it went into a Common Fund for the Convent and was put back into building the fine school that St Brigid’s became.

Sr Assumpta believes her late sister Sr Marie Therese would be so proud of the new amalgamation with the boys’ schools, “I would say she would be delighted," Sr Assumpta said. "She considered it herself in the early days and she spoke to the Brothers about it, but at that time the Brothers weren’t allowed to teach girls, so that put a halt to it”

The friends and past pupils of St. Brigid’s College are invited to a celebration of the school on Sunday. May 1, 2022, from 2pm-5pm. Mass will commence at 2pm, followed by lots of fun activities.