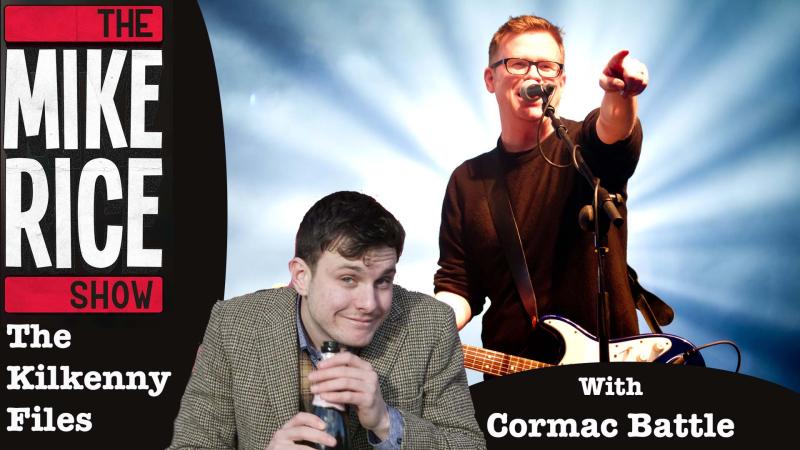 The series will be an initial three episode run

Popular Irish comedian Mike Rice has launched a new off-shoot of his popular podcast The Mike Rice Show, by switching his focus to the Kilkenny arts scene.

The Mike Rice Show: the Kilkenny files, sees Mike interviewing talented and influential Kilkenny artists, authors and musicians about their careers, their connection to Kilkenny and how it shaped (or didn’t shape for that matter!) their outlook on life and decisions they’ve made both professionally and personally.

The series will be an initial three episode run. Mike's first guests include RTÉ DJ Cormac Battle of Kerbdog & Wilt fame (Listen here), award-winning author and journalist Tim MacGabhann whose debut novel Call Him Mine was a Daily Telegraph ‘Thriller of the Year’ in 2019 & four-time Academy Award-nominated filmmaker Tomm Moore whose company Cartoon Saloon has produced the brilliant Secret of Kells and Wolfwalkers.

Mike Rice is a popular comedian and podcaster who has headlined in Chicago, Amsterdam, Hamburg, Zurich, Dublin, Cork, Barcelona, Berlin and is currently in London where he has secured a regular slot at the UK's highest rated comedy club, TOP SECRET.

Michael has featured on The Ray D’Arcy Show on RTÉ as a finalist in Stand Up and Be Funny.

He also won the prestigious King Gong at the Comedy Store in London in 2019.

He's originally from Greenridge in Kilkenny where he grew up on his family's dairy farm.

In episode one, Cormac Battle speaks to Mike about his journey from growing up in his parents pub in Kilkenny to recording Kerbdog's much-loved second album On The Turn in LA in the mid 90s. Creative expression, artist anxiety and growing up 'different' are just some of the themes touched on during this one hour conversation.

The aim of this series is to shine a light on Kilkenny's creative and artistic tradition in an entertaining, funny and often emotional way.