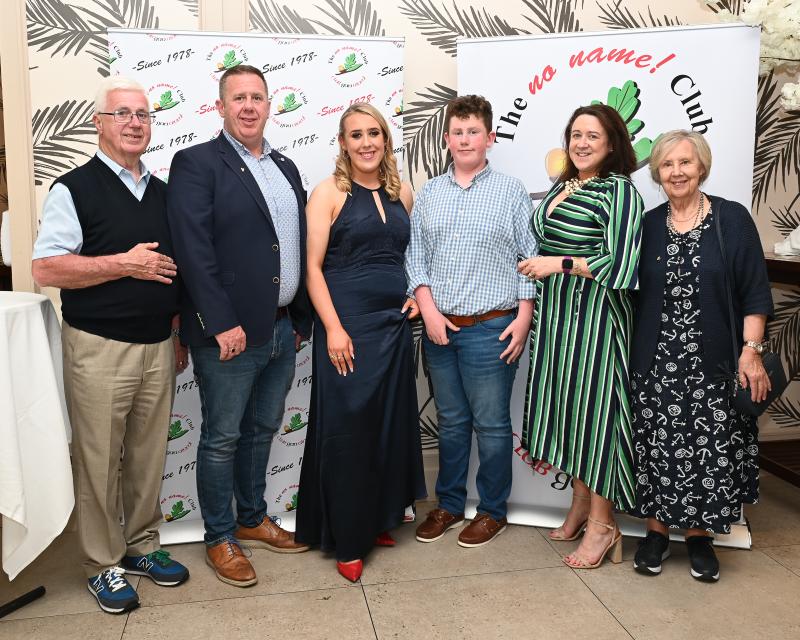 The No Name! Club held the 36th annual National Youth awards in the Killeshin Hotel Portlaoise last Sunday.
The No Name! Club National Host and Hostess of the Year 2022 were announced as Elbhira Jordan, Claremorris No Name! Club, and Colm Kelly, Headford No Name! Club. Elbhira and Jordan were among six teenagers from our network of clubs across Ireland who made it to the final of the national competition. Also participating in the final were Clara Whelan Foxe of Kilkenny, Jess Donohue of Headford, Andrew Quirke of Mayfield and Colm Kingdon of Killarney.
All the finalists spoke of their work in volunteering, community, club and school and their involvement in everything from student councils, to music and sport. Guests were treated to a three-course meal and a disco that allowed club members from communities across Ireland celebrate their involvement with the No Name! Club and party in a safe, alcohol free, supervised setting.