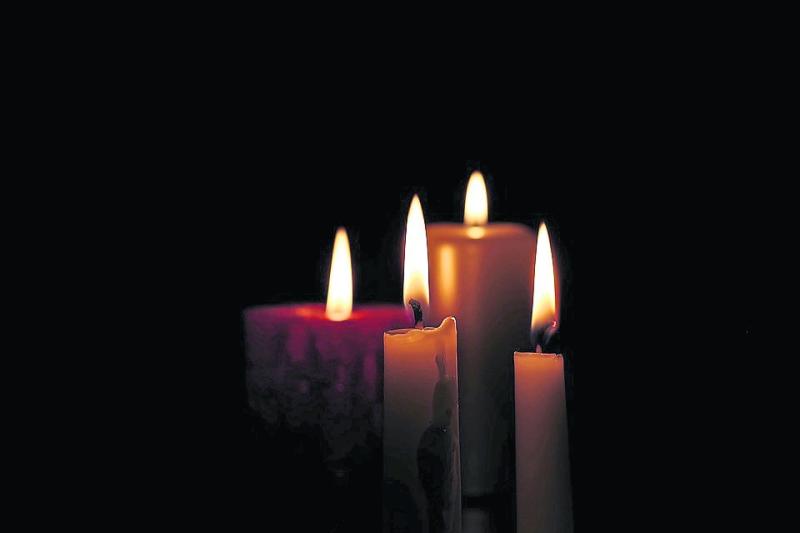 Last Monday afternoon saw the burial of the ashes of the last three members of the fifteen strong Griffin family in Tullahought.

Agnes Griffin
Agnes was born on May 3, 1934 and left Ireland in the late 1950s to train and qualified as nurse in England.
Agnes met and fell in love with Wilf Beswick, a patient at the Northern Hospital in Manchester. They were married on October 31, 1959 and went on to have four children, Margaret, Timothy, Raymond and Bernadette. They have eight grandchildren and six great-grandchildren.

Agnes and Wilf had a long and happy marriage before Wilf sadly passed away in July 2008 with Agnes dying aged 84 on May 26, 2018. Agnes was happy living in England and also longed to and returned almost annually to her beloved Tullahought.
Out early for the sunrise and fresh air, to see the local sights, to meet, greet and reminisce, the visits to Carrick, to her sisters and to sup the best water in the world from Crokes free running roadside well were amongst her highlights.

William Griffin
Known as Bill, he was born on the 18th September 1937.
In 1955 Bill made the decision to buy a ticket and board a boat to England where he found work in the building trade. In 1960 he met his wife Angela, they married in 1961 and lived in Teddington Middlesex.

Bill had two children Maria and Stephen and in 1977 the family moved to Worthing, West Sussex to be close to the sea.
Bill and Angela had four grandchildren Stephanie, Jennifer, Daniel and Michael and two great grandchildren Austin and Cole. He sadly passed away aged 83 on 11th April 2021.

Gerald Griffin
Known as Gerry, he was born on April 5, 1939 and followed his brother Bill to England where he started off living with his sister Ellen in Kingston upon Thames.

In 1961 Gerry got his first job as a labourer, learned bricklaying on the job and worked in that trade for the rest of his life. In 1962 he met Janice, they married in 1966 and settled in Walton on Thames in Surrey and raised five children, Debbie, Sharon, Tracey, Daniel and Kieran.

In 1982 he moved to Streatham, London before moving back to Guildford in Surrey in 2003. Gerry has seven grandchildren Christopher, Samantha, Matthew, Sean, Leanna, Kaden and Isla and was blessed to have seen his first great grandchild, Jaiden-Lee.
Gerry, aged 81, died on September 20, 2020; his second great-grandson was named Tommy-Lee Gerald in tribute to his great-granddad.

In 2018, Gerry and his family and sister Agnes were the last Griffins to return home as they celebrated his eightieth birthday.

On Monday afternoon Gerry, Bill and Agnes, who are missed by their families and friends, were accompanied home by relations from England and Australia. They included Agnes's son Ray and Debbie, Williams’s son Stephen, Gerald’s daughters Debbie, Sharon, Tracey and son Daniel and their extended family members Leanna, Harry, Jaiden, Tommy, Eric and Matthew, Fiona, Kaden and Isla.