Day in the Life of Stephen Rea, Actor

will perform at Kilkenny Arts Festival 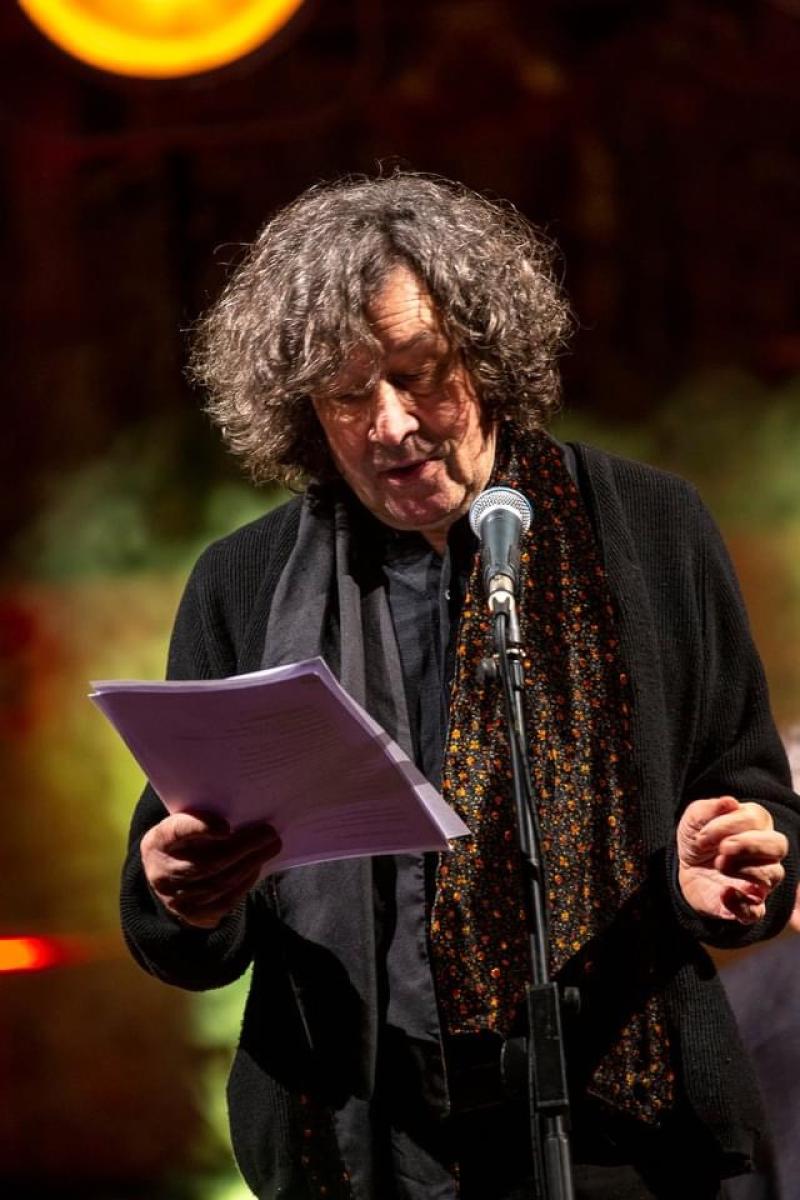 "I’ve always liked reading aloud. It was the only thing I was any good at! Especially in school, when all the other guys hated it, they couldn’t wait for their turn to be over."

An internationally acclaimed actor, Belfast born Stephen Rea has appeared in films such as V for Vendetta, Michael Collins, Interview with the Vampire, Breakfast On Pluto and Neil Jordan’s The Crying Game – for which he was nominated for an Academy Award.

This August, Stephen returns to Kilkenny Arts Festival to host Saíocht, a beautiful evening of music and poetry in St. John’s Priory on Monday, August 8. Proceeds from tickets will go to Kilkenny Civil Defence Ukraine Appeal.

Together they will celebrate our rich Irish legacy with Stephen Rea reading works from Heaney, Kinsella and the more Irish established poets. We’ve just learned that two Kilkenny poets - Robert McLoughlin and Emily Murtagh will have their works read too by the famous actor on the night.

Stephen is really looking forward to his visit to Kilkenny and throughout our discussion he praised the young Irish talent of today, who are taking the tradition of Irish music and poetry to keep us lifted in these uncertain times.

Stephen, Saíocht had its debut performance in January for Dublin’s Temple Bar Tradfest, which you hosted, and I believe you had a very special guest in the audience that night.

We always have special guests in the audience, we had Uachtarán na hÉireann Michael D. Higgins and John Boorman, the great film director too. Michael D loves culture and in particular Irish poetry and music.

You really admire the youth of today and what they are doing for Irish culture.

Well, the thing is, the younger poets in Ireland are doing fantastically well. The show is going so well, combining the poetry and the music is inspiring because the young musicians are so inspiring.

The Mulcahy sisters, Louise and Michelle, who will perform on the night are sensational. Not forgetting the older people too, like Neil Martin who is truly a great musician and whom I’m always with for my visits to Kilkenny Arts Festival.

I've never seen such commitment and sensitivity to the work that the Mulcahy’s bring. It’s not that they shed the past, instead they have taken the past on board, and they are moving on and playing the music in their own way. They are freeing the music.

We live in a country that has changed in so many ways, in attitudes etc., and these kids lift us. They have serious intellect as well; they are phenomenal people. Their understanding of music requires these qualities. 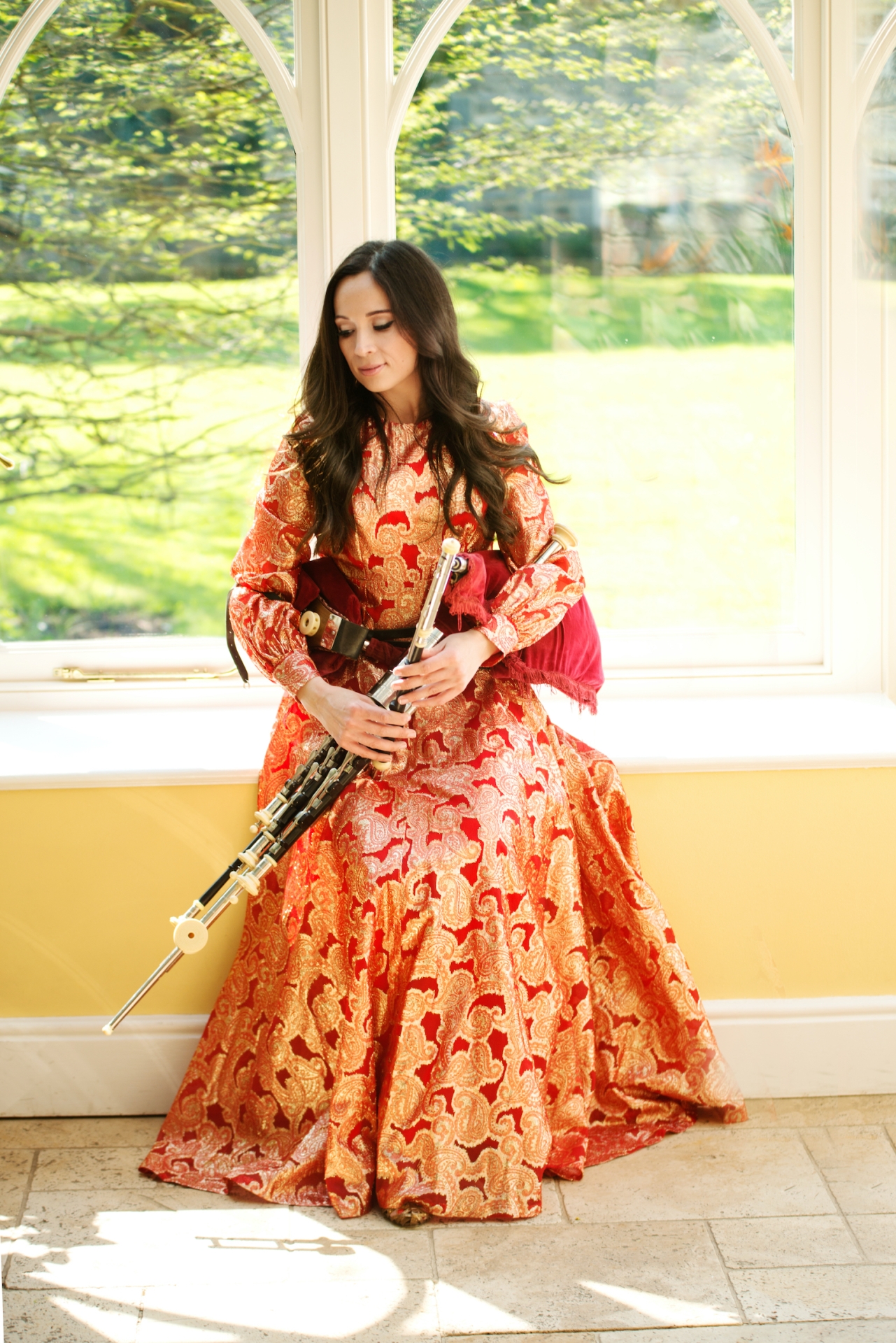 A multi-award-winning performer on both uilleann pipes and flute Louise Mulcahy has performed around the world and is a regular performer and contributor on television and radio.  Louise’s research work on women in uilleann piping was released in a landmark documentary for TG4 titled, Mná na bPíób in 2021. Alongside four album releases with father, Mick, and sister Michelle, Louise released her highly acclaimed début solo album titled ‘Tuning the Road.

I’ve always liked reading aloud. It was the only thing I was any good at! Especially in school, when all the other guys hated it, they couldn’t wait for their turn to be over, but I actually loved it. It was really my first taste of performance.

I also know a lot of these poets, through been invited to work with them, it’s an honour to read their work. It’s also a learning curve, especially when you have music and poetry combined, language is music, they go very well together, particularly Irish poetry and Irish music. They are the one thing.

What poetry do you love to read?

Unfortunately, we’ve lost a few of our great Irish poets recently; Kinsella, Vaughan and Mahon, and Heaney before them. You can’t replace them.

We have the wonderful Emily Cullen joining us on Monday, August 8. Emily Cullen is Galway based poet and originally from Dublin. Her work is beautiful and I very much forward to working with her in Kilkenny.

I see a great revival in the Irish language and that’s what Gabriel Rosenstock is about, who will also read on the night.

What is your favourite line of poetry?

I do love Mahon. He was from Belfast 15, the same as me and we never thought Belfast 15 was particularly poetic but turns out it is with great artists like Bradshaw coming from there as well.

I love a poem called the ‘Brave New World’ by Derek Mahon. and there’s a line in “face the brave new world with a wry grin of tolerance and irony, not of emptiness state…”

I think it’s really appropriate for the world we live in now. I’ve reached a late stage in my life and suddenly the world is a very frightening place, and I think what must it be like for younger people? When I was younger, we had such hope, even though it was futile.

You are a world-renowned actor, with some incredible movies to your name. Do you have a favourite?

Oh, I think the best movie I’ve been in was the ‘Crying Game’, they don’t get any better than that. I’ve haven’t seen it in many years, but I did say to Neil Jordon afterwards, ‘it’s a masterpiece’.

Neil is a sublime artist. The Crying Game is very special, its dealing with identity that could be anywhere in the world, and he (Neil Jordon) expands it from black and white, Catholic and Protestant, to gender, very early on in the movie.

It’s also a film about love, where he thinks he can’t love a person of the same gender and suddenly he finds out that he does and that’s beautiful.

Stephen Rea and guests perform at the stunning St. John’s Priory on August 8, as part of Kilkenny Arts Festival. Full proceeds from tickets go to Kilkenny Civil Defence Ukraine Appeal. Tickets priced at €20 plus booking are available from www.kilkennyarts.ie.