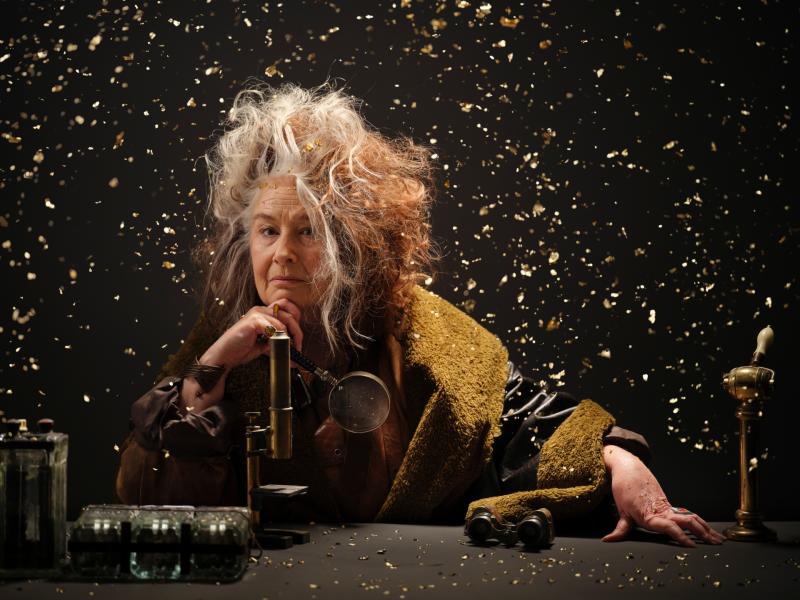 Eleanor Methven as Prospero in Rough Magic's The Tempest

Shakespeare’s lyrical revenge fantasy comes to Kilkenny Castle when Rough Magic and Kilkenny Arts Festival will present Shakespeare's, The Tempest from 3-13 August in the Castle Parklands as part of a stellar offering at this year's festival

The show promises to be a creative interpretation of Shakespeare’s classic, a dark comedy filled with magic, mischief, music and romance.

The play stars Eleanor Methven, one of Ireland’s most celebrated actresses, who takes on the iconic role of Prospero, the deposed ruler turned elemental sorcerer. The fury of the storm she conjures hurls her enemies onto her shores - but it also brings a sad young prince, to the delighted curiosity of her daughter Miranda. Is their attraction a trick of fate - or the spectacle and sorcery of the enchanted island?

From Rough Magic and Kilkenny Arts Festival, the award-winning team that previously co-operated on A Midsummer Night’s Dream and Much Ado About Nothing, as well as Solar Bones, comes this fresh new spin on Shakespeare’s classic. It promises to be a  dark comedy filled with magic, music, mischief and romance, enacted beneath the Kilkenny summer skies.

Featuring a stellar cast including Arthur Riordan, Gina Moxley, Rory Nolan and Ankur Vikal, the production will be the third instalment of Rough Magic’s large scale, outdoor, contemporary productions of Shakespeare at Kilkenny, and promises to be  a highlight of this year's line up.

Speaking about the production Lynne Parker said: “Rough Magic couldn’t be more thrilled to get back to Kilkenny with our 2022 Ensemble, completing the journey we began in 2018 and celebrating the six shows we’ve made together, winning applause and awards as we gathered momentum. A great partnership, culminating in one of Shakespeare’s most iconic plays. Bring it on.”

Kilkenny Arts Festival Artistic Director Olga Barry added: “Shakespeare in the hands of Lynne Parker and Rough Magic is like having your favourite meal made by a Michelin star chef – it reveals layers and depths you didn’t even know were there and delights at every turn. It’s Shakespeare, but not as you know it.  A director and ensemble at the height of their powers in the magical Castle Parklands, Kilkenny is the place to be this August.  We can’t wait.”