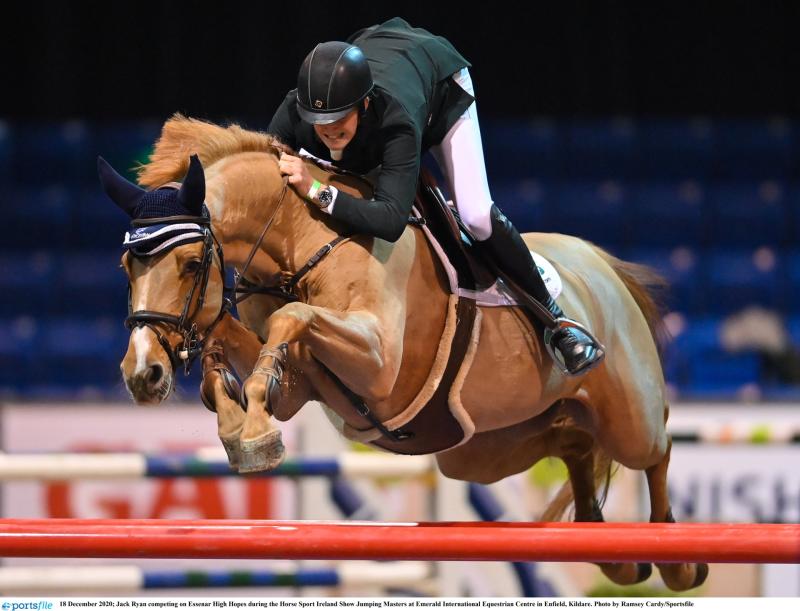 Kilkenny rider Jack Ryan is preparing to take part in the upcoming five-star competition at the RDS Dublin Horse Show.

The Inistioge native is the son of parents Marguerite and John, along with siblings Conor and Ciara. He is currently based in Belgium where he trains with Olympic Gold medallist Jos Lansink.

He is looking toward the Dublin Show, from August 17-21, with his horse McGregor. The Show, which combines sport, style and socialising is back for the first time since 2019.

Looking ahead to the event, Jack says: "I think the Dutch team could be very strong, they’ve won their home cup in Rotterdam. They have a very good team going to the World Equestrian Games even though it’s a week before
the Dublin Horse Show, as they also have a very good second team. They won the three-star in Prague as well. This is the first
year I am hoping to do the five-star. I’ve been coming to Dublin for so many years and it would be fantastic to be there this year and jump the five-star."

A major theme for this summer’s Show is celebrating the positive impact that equestrian has on society in general. The RDS has created a key focus for the return of the Dublin Horse Show by creating a new zone called ‘Positive Strides’ in the Main Hall of the RDS.

Featured amongst the exhibitors are Ability Equine Assisted Therapy, ChildVision, Clondalkin Equine Club, Corballis Farm TTRC, Festina Lente and the Irish EAGALA Network’– equine assisted growth and learning association. Each organisation has been given a platform to celebrate the amazing work that they do on the ground in providing equine therapy solutions. There will also be panel discussions featuring some of the exhibitors and Rupert Isaacson - Founder Horseboy Foundation and partner ChildVision, on equine therapy and the benefits that can be gained from it.

One of the premier style events of the summer, the ‘Very Best Dressed’ competition takes place on Ladies Day Thursday 18th August with new sponsor Very taking up the reins. With a substantial first prize of a €10,000 shopping voucher for very.ie, it promises to be a day of high-end fashion and fantastic fun, judged by independent.ie fashion editor Bairbre Power and hosted by Laura Woods alongside Paul Ryder.