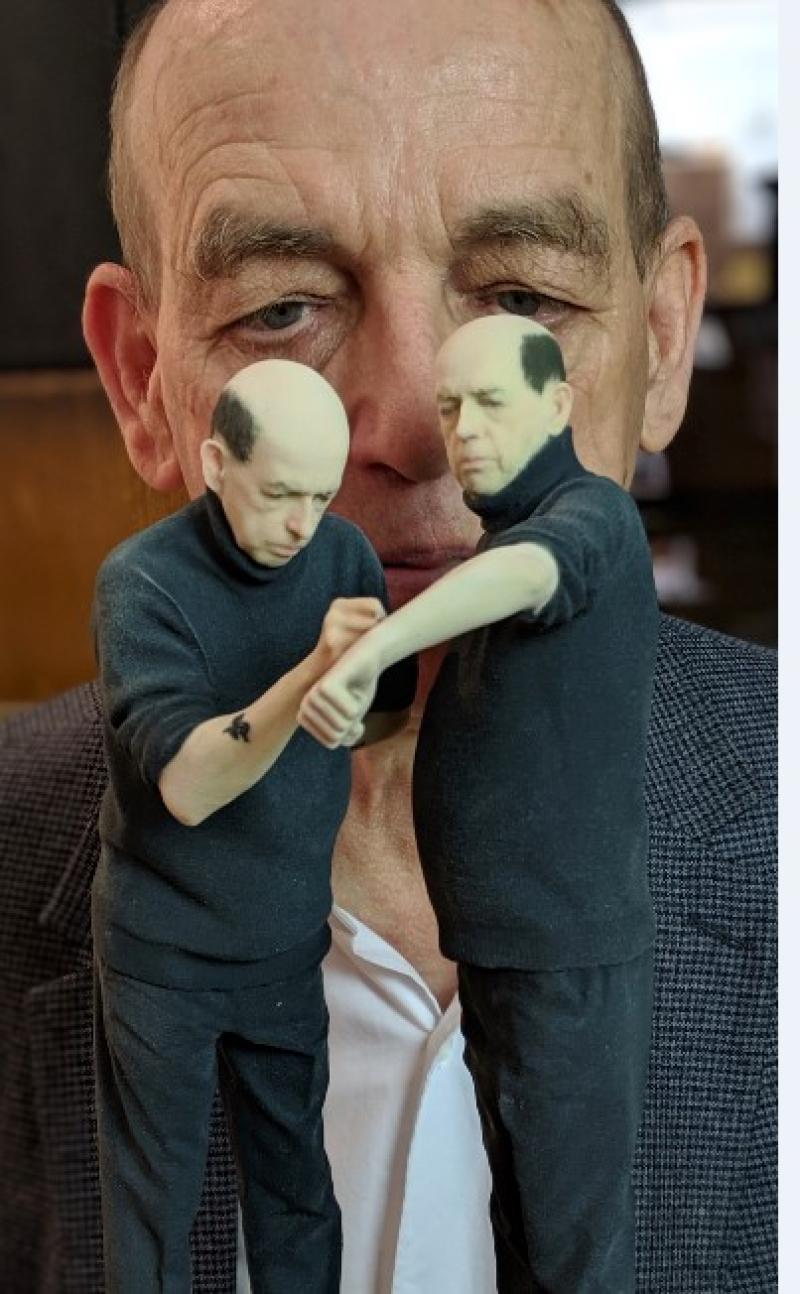 The exhibition runs at the Butler Gallery until October 4

The Butler Gallery presents Kevin Atherton: The Return at this year’s Festival.

The exhibition consists of three video installations, along with additional object-based work, all of which involve a revisiting or return to an older pre-existing work.

In recent years, Atherton has become known for this aspect of his practice where he ‘re-enters’ his previous works and through his interventions reanimates and adds to or alters their previous meaning. In this exhibition the time gap between the ‘first work’ and the ‘second work’ will vary from 43 years as in the video/film projection ‘Boxing Re-Match’ (1972-2015), to a few minutes, as in the 3D print ‘Signature Piece’ (2018).

In addition to the work installed in the main ground floor gallery, in the Digital Gallery on the second floor, Atherton will screen a continuous 60-minute programme of short film/video works that examine aspects of authorship and audience that span a 50-year period. These works tackle issues such as identity and use humour to question the notion of the artists documentary whilst simultaneously challenging television codes and practices.

Kevin Atherton is an artist who works with performance and new media in sculptural contexts. A fine art educator, his is a time-based practice with an ongoing interest in the relationship between the real and the fictional.
Since the 1980s Atherton has created many large-scale public sculptural commissions. Well known as an art educator, he taught at National College of Art and Design (NCAD) from 2000 to 2014. As a previous resident of Inistioge he is very happy to be returning to Kilkenny.

The exhibition at Butler Gallery runs from August 6 to October 4. For more see www.kilkennyarts.ie