Locomotive with band on board to visit Marble City - Kilkenny Live 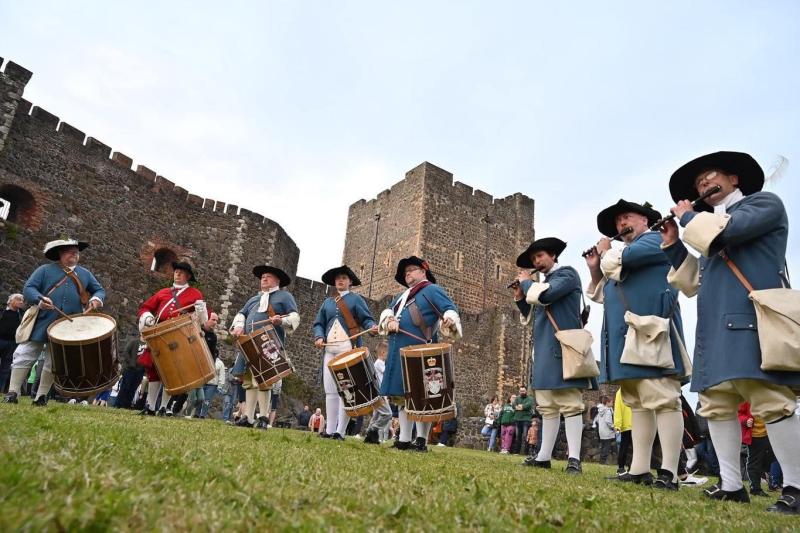 A colourful parade of musicians will make their way from MacDonagh Train Station to Kilkenny Castle on August 21 where they will perform a free afternoon concert.

The Sir Henry Inglesby Fife and Drum Corps was founded in Carrickfergus in 2009 and provides 17th century fife and drum music. They previously performed in Kilkenny during Heritage Week in 2019 and received a great reception from a captive audience.

Their Napeoleonic and late 17th century uniforms are reproductions are as authentic as possible and they aim to promote music from the Scots Ulster Tradition.

The band will arrive from Dublin at the Marble City on a steam-hauled excursion train with the Railway Preservation Society of Ireland arriving in Kilkenny at 12.50pm

The train with restored period coaches will be hauled by ex-GreatNorthern Railway steam locomotive no85 ‘Merlin’ built in 1932. Its massive engines are fired by coal and steam.

The locomotive is in resplendent sky blue livery and on board the ‘Sir Henry Inglesby’s Fife and Drum Corps’ will provide the entertainment. The group in period costume will be playing at the station before making their way to Kilkenny Castle for a concert in the Castle Park at approximately 2.30pm.

The Sir Henry Inglesby Fife and Drum Corps aims to promote interest in fifing and drumming in the Scots-Irish tradition through performance and education.

The RPSI is a cross-border organisation founded in 1964, one of whose aims is to preserve these vintage steam engines, and they run these trips several times a year to different locations around Ireland.

The concert will take place in the Castle Park at approximately 2.30pm.