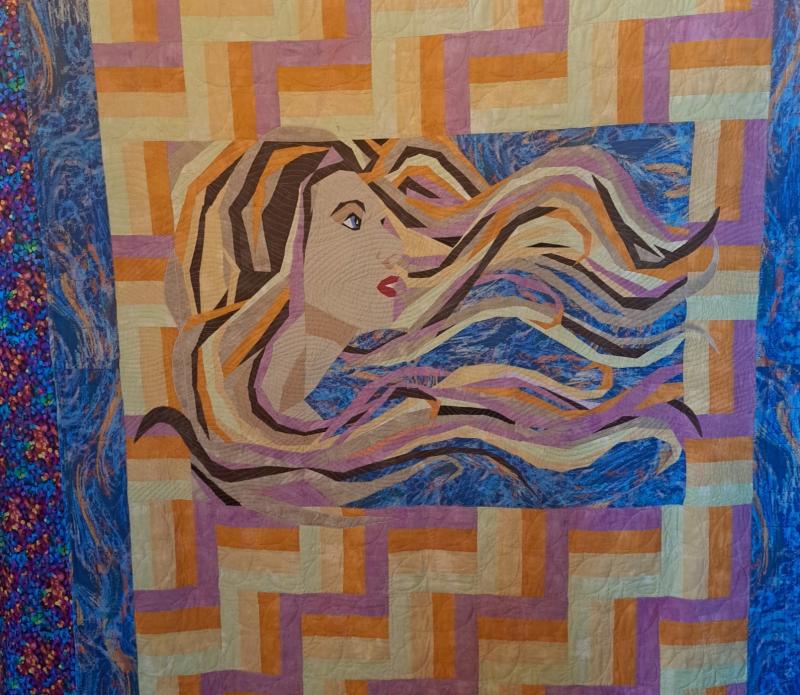 A hundred plus hours of work can go into a patchwork quilt, but members of the South Midlands Branch of the Irish Patchwork Society say that they love every minute of their labours. The group recently staged a show of their colourful creations at the Chapter Room of St Mary's Cathedral in Kilkenny as part of August Craft Month.

The beautiful room was an appropriate setting for the intricate textile works which displayed the wide variety of designs and colour palettes in contemporary quilting. The art of patchwork involves painstakingly piecing together small pieces of fabrics often in geometric patterns, traditionally in 12” square blocks that are then assembled into quilts.

The South Midlands Branch which is based in Kilkenny but draws its membership from surrounding counties, has a thriving membership. They even boast a male quilter, Frank Walsh who says his crafty leanings were inspired by a mother who taught him to knit, sew and crochet from childhood. He showcased two quilts, one called Girl in the wind, featuring a female with flowing tresses while the other a geometric rainbow-hued piece celebrates a hit of pure colour.

The Irish Patchwork society has been a force in the Irish craft movement for over 40 years and is delighted to see younger people embracing the craft. There has been a steady revival in hand crafting in recent times with knitting, crocheting, embroidering and patchworking all enjoying renewed interest. The pandemic played a part; people were looking for activities to keep busy during lockdowns and crafting provided a valuable outlet. The South Midlands members all kept working during periods of isolation working on socially distanced quilting via Zoom as well as individual projects.

Large scale quilts can feature up to 72 individual blocks and if they were to be valued even at a modest scale would be worth €1000 to €2000. Therefore, it is very rare to sell a full scale quilt, members more usually sell smaller items like miniature quilts for baby cots.

Irish Patchwork Society members are part of a tradition of crafting that not only creates beautiful pieces but also brings people together in a social outlet that they love. Margaret McEvoy of the group says that her quilting is an “addiction” but a healthy one. She says that the benefits of quilting include not only creativity but also calm and a sense of total absorption in your work which is almost therapeutic.

What is particularly striking is that each quilt is utterly unique and tells a personal story. Images, patterns and motifs are varied and individual even though the skills involved are traditional. The craft of patchwork continues to evolve and flourish thanks to Irish Patchwork Society groups such as the South Midlands Branch, who are protecting its unique legacy with passion and pride.