Opportunity to discover the lost medieval town of south Kilkenny 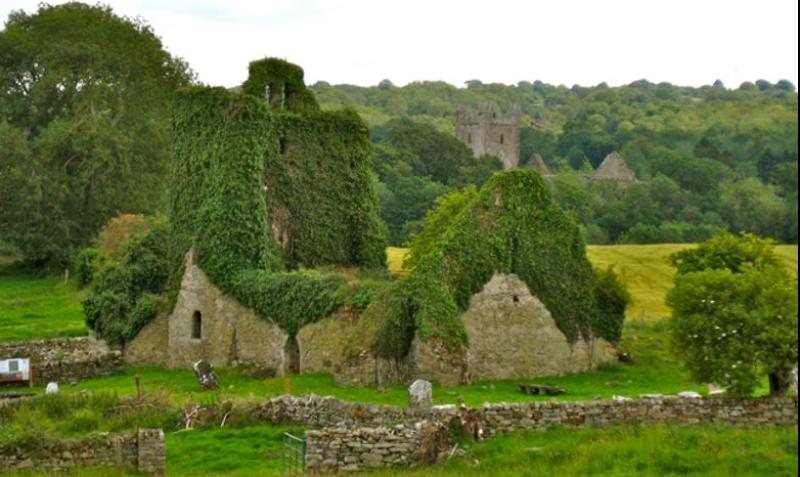 As part of Heritage Week, the lost town of Newtown at Jerpoint Park will be the subject of a free guided tour on Sunday 21 August at noon. It will be hosted by archaeologist Daniel O'Mahony, who is the current recipient of a Walsh scholarship funded by Teagasc, the Heritage Council and UCD who is currently conducting his PHD research at the site.

The Lost Town of Newtown Jerpoint was founded by either Earl Marshall or Griffin Fitzwilliam in 12th century, just west of the Cistercian Abbey, where the main crossing of the River Nore was formed by a toll paying bridge. It was a vibrant, busy town, with approximately 27 dwelling houses, a court house, woollen mill, a tannery, and a brewery. It was powered by two water wheels working on the little Arrigle River and a tower house stood near the market place, where a wealthy merchant lived.

Jerpoint also has the tomb and effigy of St Nicholas. It is a unique historical place and the presence of the remains of St Nicholas, the patron saint of generosity and philanthropy only adds to its importance. That is remains intact is largely due to the fact that it was not built on in subsequent generations.

St Nicholas was venerated in both the Catholic and Orthodox churches and is a prominent figure in ancient Celtic Christianity. He died in Myrna in Turkey in 343AD and the Normans, when they travelled through the region during the Crusades, took his remains back to Barri, then Venice and eventually Jerpoint. Such saintly relics and remains were believed to confer  great status on monasteries.

Jerpoint Park also contains the tomb of a local parish priest from the 14th century, the ruins of a church and evidence of an ancient bridge.

Co-owner of Jerpoint Park, Maeve O'Connell says the park is having a really busy season and that its is “great to have the doors open again”.

She advises people to wear sensible and appropriate clothing and footwear for the event. Free parking will be available on site.