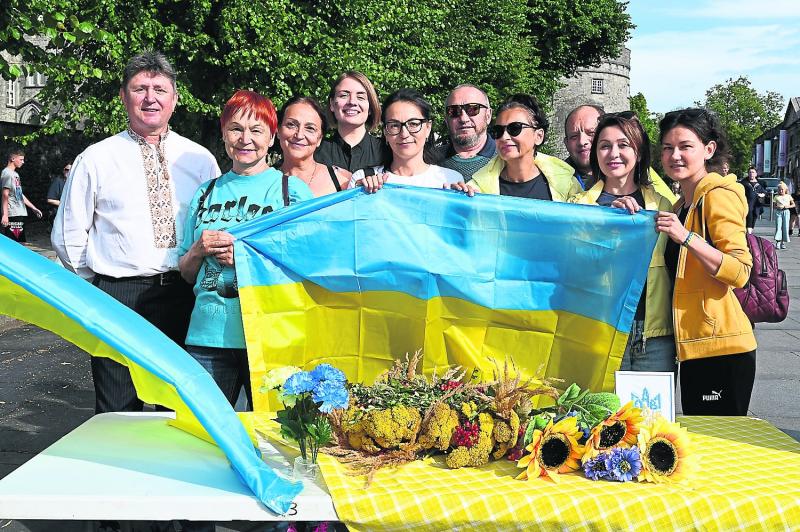 Blue and yellow of the Ukraine colours donned the Parade to mark Ukraine independence Day.

This is the biggest holiday celebrated in Ukraine and this year it also marked the six month anniversary of the full scale invasion by Russia.

To date, more than 750 Ukrainians have taken refuge in Kilkenny and the festivities successfully brought the Ukrainian people together as a community.

Organiser, Svitlana Saseyi said that the event was an opportunity for people to show solidarity with the Ukrainian community.

“The Day was an occasion to honour and remember the victims of the war and the defenders of the country. It was a day to express solidarity with their family and friends back in Ukraine, 3000 kms who do not have the opportunity to celebrate Ukrainian Independence Day,” she said.

The event displayed music, dance, traditional dress and national symbols and speeches.  In addition, the Ukrainian National anthem was played and a minutes silence was held for those who have died or suffering the effects of the war.

Among the guests included the Mayor David Fitzgerald and Cathaoirleach Pat Fitzpatrick and Martin Rafter, Kilkenny LEADER Partnership. In addition, representatives of the agencies who supported the Ukrainian response in Kilkenny attended.

A special thanks to Kilkenny LEADER Partnership and Kilkenny County Council for organising the event.