Vivid eco-adventure for kids that adults should read too 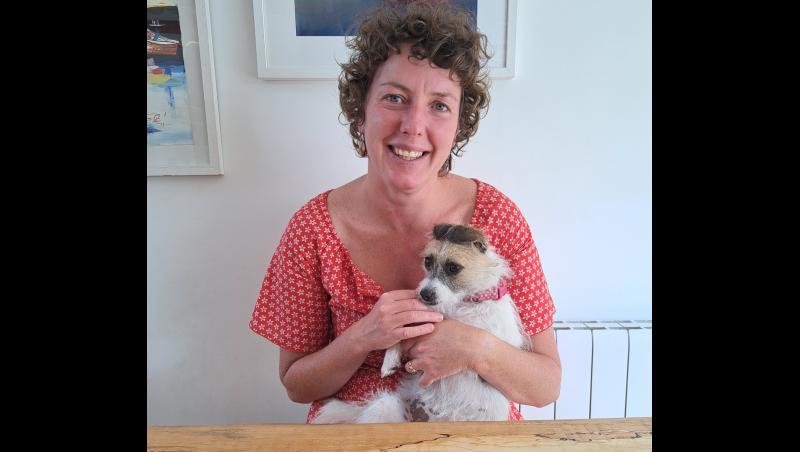 We are told that adults always know best and that children aren’t as smart as the grown ups. But what if, like the Emperor's new clothes, it takes a child to discover that the adults are being misled and it is they who have the tenacity to expose that lie?

Kilkenny author, Helena Duggan whose new book The Light Thieves is launched this week, thinks we underestimate children’s intelligence. She says: “I do genuinely think they’re much smarter than we are even though we think we’re quite smart as adults.

She knows from personal experience: “You’ll pass a lot more by an adult than you would by a kid. They pick up, literally pick up, on everything.

“A kid will 100% pick up on a loose plot point and they’ll ask you right down to the details …. When that character was born, you know what I mean? They’re so invested and they’ll read a book ten times if they love it.”

Helena’s previous books, the Perfect trilogy, were all loved intensely by kids and and in common with her new book highlight the importance of self-belief, resilience and bravery. She observes: “Maybe why I write kids that are real resilient is, because in lots of respects, I think kids know how to live much better than adults do. … They fall, they hurt themselves, they cry, they get up, they get on with it . They’re in the moment completely.”

Helena believes accepting difference is an important life lesson: “You need to hear all different opinions and you need to be friends with people who are different to you. Because otherwise you have a polarised world, which is what we have.”

Helena’s hero Grian, is a loner who has a scratchy relationship with his annoying sister, Solas. He lives in an imaginary country called Babbage, where a violent earthquake has shifted the earth on its axis causing a sinister dark mark to appear on the sun and put the entire planet in peril. Jeffrey is his nerdy neighbour while Shelli is a Wilde, part of a community who have retreated to nature and largely rejected technology.

Superstar genius Howard Hansom, Babbage’s media and tech tycoon, has a plan to fix everything: he wants everyone to move to a place called the Tipping Point to use their collective weight to shift the earth back to its correct position, saving the planet and humanity. To inspire people, Hansom has started a Peoplepower movement to convince them to relocate to his new town, selling it as a nirvana where everything is perfect and the inhabitants are deliriously happy.

It takes Helena’s plucky kids to discover the con. How technology can sell people propaganda and distort reality is a major theme of the story.

Helena wrote her first book, A Load of Rubbish while travelling in Australia and after receiving multiple rejection slips, tried her luck with an online publishing platform. So, when she came to pen her next book, A Place Called Perfect, she decided not only to use her home city of Kilkenny as inspiration, she also decided to self publish the book too.

Helena’s mother was an early champion, networking to get local book stores to stock her daughter’s book. Positive word of mouth spread and the book gathered momentum. Next Khan Kiely, a local bookseller, pushed Helena to get an agent by giving her a ticket for the London Book Fair. Eventually she ended up signing with Usborne, a family owned business that is one of the world’s leading independent children’s book publishers.

Helena really appreciates her relationship with Usborne, commenting that they “took a real risk on the first one, because it wasn't something they normally went for … they took a risk and it paid off for them.”

It certainly did. A Place Called Perfect was Waterstones’ Book of the Month, the Crimefest Children’s Book of the Year and an Irish Book Awards nominee. Helena is now a best-selling author with 230,000 copies sold in the UK and has been translated into thirteen languages. She simply says: “Perfect has done very well in the UK and abroad.”

The series has also now been optioned for an animated series by an international production company so will hopefully be on screens in the very near future too.

Her new title is again the first in a series and the quirky eco tale which blends fantasy and factual concerns about the impact of technology and man’s destruction of the natural environment, is a pacey read that totally immerses kids.

The story highlights our unquestioning dependence on technology despite its detrimental effects. Helena says: “I think it is grand if we learn to use it with balance of some sort … but at the minute, there doesn’t seem to be  a balance.”

While her stories brim with imagination, Helena doesn't want them to be too fantastical. She explains: “I don’t like my stories to be magic. I like them to be rooted in some kind of science, believable science, with then a magical element at the end.” For example, her concentric domed city in the story was actually inspired by Walt Disney’s EPCOT (the Experimental Prototype Community of Tomorrow) which he designed in the 1960s to be a utopian town.

Helena has dedicated her new book to her young daughters and their future. In her acknowledgements she says: “This series The Light Thieves is my seeded dream. I’m growing it for you my girls.”

She concludes: “In some ways, I wrote this book for myself and for adults, because we kind of say we’ll leave it to the next generation - whereas if we do that, it’s too late.