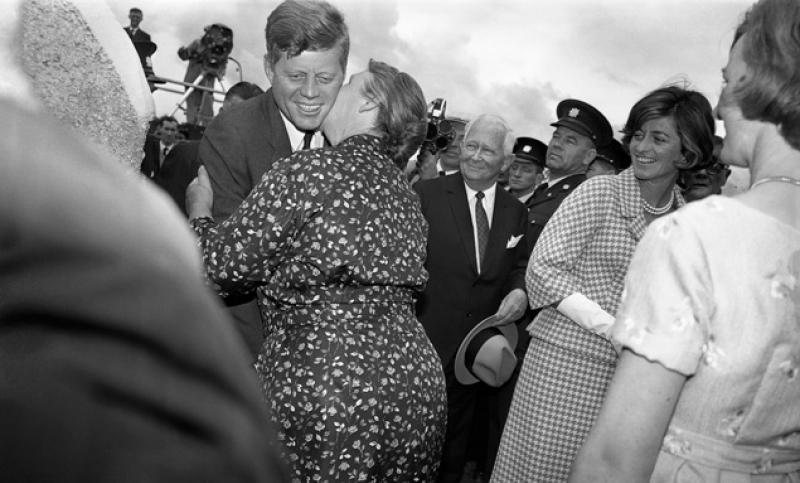 In the evening, US Ambassador to Ireland Claire Cronin officially opened the summer school. Ambassador Cronin shared stories of passing a note to now President Biden on an aeroplane encouraging him to run for the presidency, she spoke of the potential US president’s visit to Ireland and shared her love for Ireland and the culture of the country.

Officially launching the Summer School, ambassador Cronin said: “The U.S. Irish relationship was built on ancestral ties, but it is the economic, cultural and educational ties that fasten our relationship into the future.”

The Edward M Kennedy lecture saw Senator Tom Clonan, Prof Donnacha Ó Beacháin, Tony Connelly and Shona Murray discuss ‘Putin’s War: The Invasion of Ukraine and what it means for Europe?’ It was an engrossing discussion with the expert knowledge of military planning, warfare and  global war reporting displayed  by the expert panellists.

Following this interview, the Kennedy Summer School Keynote keynote guest, US lawyer and Politician Joe Kennedy, son of Joe Kennedy Senior and grandson of the US senator and Attorney General Robert Kennedy joined the event remotely. Discussing politics and fake news, Joe said: “The massive spread of misinformation is causing enormous damage to our society" - adding that we need to look at ethics and liability. "There's no one policy or solution."

A discussion on Ulysses and Gatsby took discussions to a close on Friday evening as Prof Philip McGowan, Prof Sarah Churchwell, and Ambassador Dan Mulhall discussed Ulysses and Gatsby. The evening closed with the audience enjoying the dulcet tones of Colm Mac Con Iomaire.

Cal Thomas and Marion McKeone featured next in a discussion on US politics. Calling the midterms; Cal thinks the likelihood is Democrats will keep control of the Senate and Marion agrees that the Democrats might narrowly lose the house.

Sorca Clarke said: “we haven't seen an adequate government response to creating alternative energy sources, and that successive governments have failed on this."

Jack Chambers said: “Government will bring in a very cost-effective package in the upcoming budget to deal with the cost of living crisis.”

Commenting on the 2022 Kennedy Summer School Chairman Willie Keilthy said: “We are so delighted to have hosted a full in-person Kennedy Summer School for the first time in three years. The engagement levels, the atmosphere, the buzz and festival joviality were palpable throughout the weekend in New Ross. It was wonderful to welcome faces old and new to the festival events this year and we cannot wait to do it all again on an even bigger scale in 2023.”