Kilkenny welcomes back Villagers on November 4 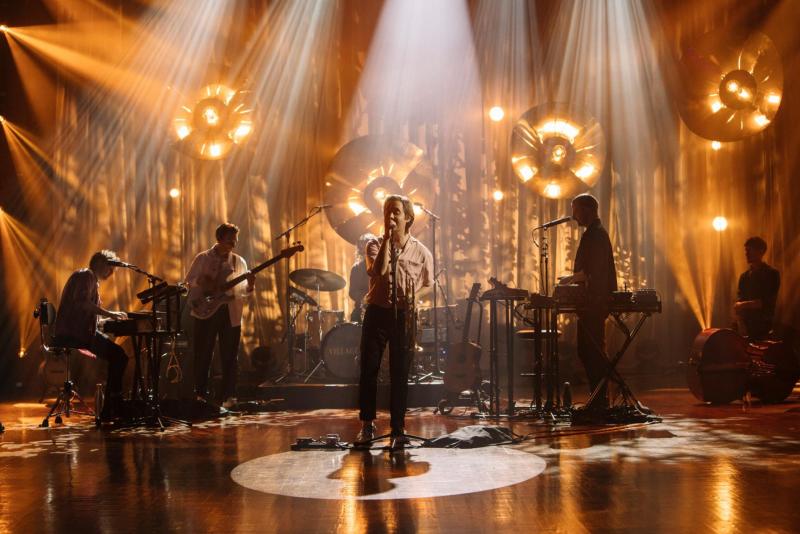 Conor O'Brien of Villagers returns to Kilkenny on November 4

Kilkenny’s pride and joy, and one of the most spectacular cathedrals in Ireland, St. Canice’s Cathedral opens it’s doors to a very special acoustic show by Villagers when the band will return to Kilkenny to play a concert on Friday November 4 at 7.30pm.

Villagers is an Irish indie folk band who specialise in atmospheric arrangements set to to often disquieting lyrics, formed by Conor O’Brien in 2008 in Dún Laoghaire, Dublin. Prior to forming Villagers, O’Brien had been in the avant-garde rock quartet The Immediate. With only two rehearsals under their belt and a set list composed entirely by O’Brien, Villagers’ debut performance arrived in 2008 with a show alongside The Chapters at Dublin Whelan’s. The band’s debut release, the EP Hollow Kind, was issued in February 2009. The EP’s four tracks were all composed and recorded by O‘Brien and was supported by opening for Neil Young and Tracy Chapman.

With a growing popularity, O’Brien enlisted the help of Tommy Mclaughlin, Danny Snow, James Byrne and Cormac Curran. As well as touring  with Neil Young and Tracy Chapman the group made appearances at a number of festivals in 2009 including Latitude, Oxegen, Indie-pendence, and Electric Picnic.

O’Brien’s debut album Becoming a Jackal was issued by Domino Records in 2010 to widespread critical acclaim. The record earned a nomination for the 2010 Mercury Music Prize, and the titled track won O’Brien the coveted Ivor Novello Best Song Musically and Lyrically award in 2011. After the release Villagers embarked on an extensive tour including dates in the U.S., an appearance on Later… with Jools Holland, and shows at Meltdown, London, Electric Picnic, and Reading and Leeds Festivals.

In 2011 the group released the 12” vinyl Live at the Workman’s Club, which features O’Brien playing acoustically with minor piano accoutrements. Following a tour in support of Grizzly Bear at the tail-end of 2012, Villagers released their sophomore album {Awayland} in January 2013. Led by the single The Waves, {Awayland} reached No. 1 in the Irish Albums chart and No. 16 in the UK Albums chart, and was supported by a headlining tour.

Later albums, Darling Arithmetic and The Art of Learning to Swim were also favourably received.

Villager’s fifth album Fever Dreams released in 2021 was described by the Irish Times:

“Living somewhat in a fantasy land, Fever Dreams is led by emotional connection, human interaction and, through indulgent instrumental combustions, the opportunity to express yourself honestly.”

The event at St Canice’s is sure to sell out quickly as the atmospheric acoustics of the cathedral will suit the band’s style perfectly.