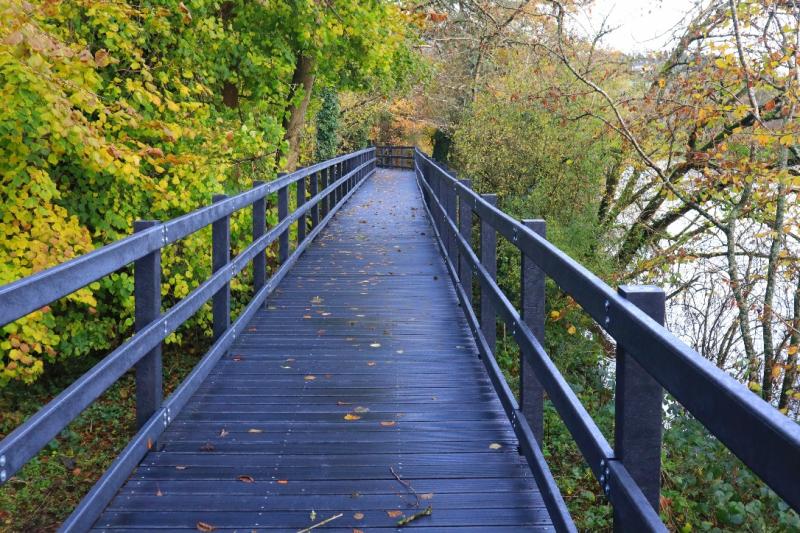 Silaire Wood, Graignamanagh, is set to host one of the walks

In conjunction with the nationwide ‘Climb With Charlie’ event to be held on April 2, Cllr Joe Malone has announced that a series of walks will be organised across County Kilkenny on each Saturday in March.

Repairs for Ireland’s ‘oldest bridge’ at Ennisnag in Kilkenny

Below are the details for each of the planned walks, subject to change:

“These walks are designed to be family fun days,” Joe said.

“It is important to raise awareness around Motor Neurone Disease as it has taken so many amazing people from us.”

He took some time at the end of his announcement to pay tribute to popular local man Joe Brennan, who recently lost his battle against MND.

A few weeks ago, Cllr Malone confirmed that he would be climbing Cross Mountain in Medjugorje with hurling legend DJ Carey on April 2 as part of their ‘Climb with Charlie’ campaign.

The ‘Climb with Charlie’ campaign encourages people all over Ireland to arrange their own climb, with monies raised going to the Irish Motor Neurone Disease Association and Pieta House.

Each climb is designed to highlight the vast mountains that so many people have to climb in their everyday lives due to severe illness, physical and mental.

Cllr Malone has set up a charity donation page where people are able to sponsor the climb.

The cost of the trip over will be covered separately at their own expense.

Cllr Malone was particularly moved by the idea of the campaign after witnessing firsthand the devastating impact of Motor Neurone Disease on his mother and friends.

"There are so many people affected by this terrible illness and we still haven’t found a cure," he said.

"I knew we had to do something special to raise awareness."

Kilkenny city development lands for sale with permission for 130 homes - click for more!