The city streets were taken over by a cycling cavalcade as the BikeFest family festival drew to a successful finale on Sunday.

A colourful parade of people on bikes of all shapes and sizes took the opportunity to move independently through the city streets and enjoy the freedom of travelling by bikes through Kilkenny’s normally busy thoroughfares. 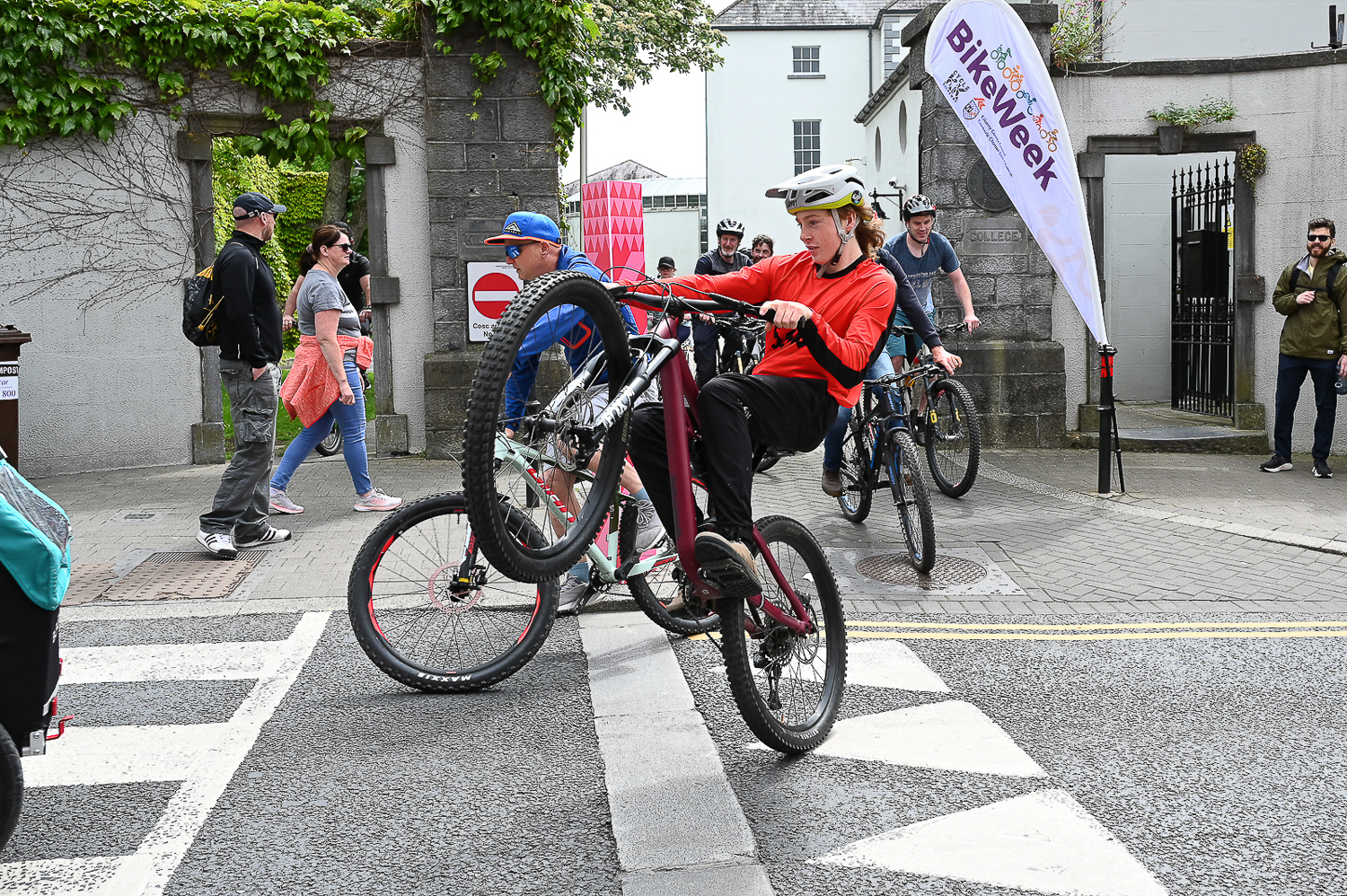 TAP 'NEXT>' ABOVE FOR NEXT PIC

The cycle through the city was the highlight of Bike Week in Kilkenny, an annual celebration and promotion of the benefits of cycling.

Events, which ran from May 14 to 22, included community bike rides, maintenance workshops and sportives organised by cycling clubs throughout the county.

The carnival of cyclists continued by Kilkenny Castle and down to the Canal before returning to County Hall.

The County Council’s John Street base was transformed into a fun, sustainable and people-orientated space.

Among the attractions were hugely popular workshops delivered by local artists and craftspeople which were enjoyed by little and big hands; plant printing and photography, windcatcher making, seed planting and organic teas, all to the rhythmic sounds of the drumming workshops under the trees.

The orienteering maze was hugely popular with almost 200 courses completed on the day.

Little cyclists loved the learn to cycle track and obstacle course, while the bolder and braver took on the jumps and the twists and turns of the grass track and mountain biking courses, inspired by stuntman Brendan Conroy’s breathtaking stunts.

“It is wonderful to be able to bring off road biking courses into the heart of a city,” said Roisín Hickey from Cycling Ireland.

“We’re hoping it will inspire future generations. We have some great new clubs in Kilkenny and it’s fantastic to see the growing interest in the sport.”

That sentiment was echoed by Caitriona Corr, Cycling Officer with Kilkenny County Council, who was delighted to see the week of cycling celebrations finish with a flourish.

“It was a fantastic celebration to bring Bike Week to a close,” she said.

“It’s very encouraging to see the amount of people in our community embracing cycling. We are very grateful to all those who came on board to make our first Bikefest such a success.”