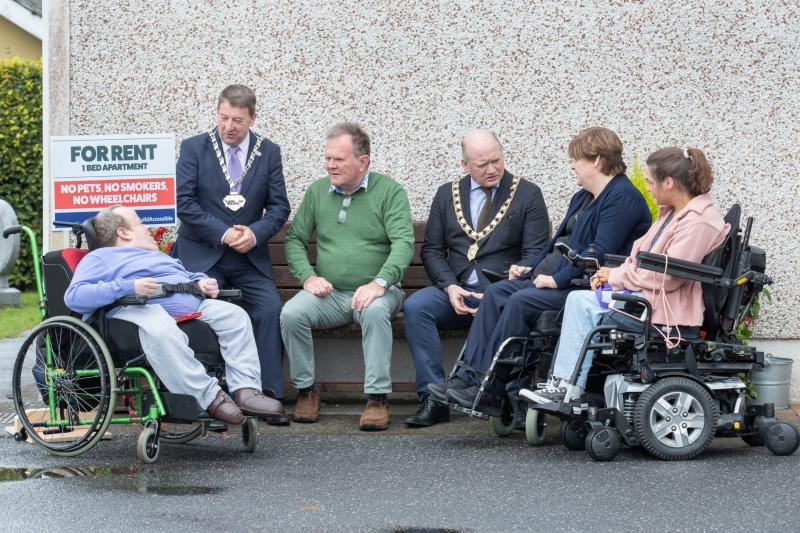 Last Friday, members of Irish Wheelchair Association Kilkenny addressed the Mayor and Cathaoirleach of Kilkenny County Council as well as prominent local politicians in a bid to highlight the current lack of accessible local authority housing.

The meeting gathered people from the disability sector in Kilkenny, people connected with the construction industry, as well as local councillors and TDs to explore the issues around accessible housing locally and nationally.

The group heard representations from Katie Kelly, Ballyragget and John Grace, Kilkenny city who are both disabled and who both spoke passionately about their experiences trying to live independent lives in unsuitable housing.

Rosemary Lally, National Access Manager, Irish Wheelchair Association addressed the meeting first and outlined the hidden crisis for people with disabilities who are looking for a home in Kilkenny or across the country.

"A quick scan of Daft.ie in Kilkenny quickly reveals that there are currently no wheelchair liveable homes available to rent in the county at the moment. And that is the same across the country," she said.

According to Rosemary, "the reason for this is that builders will only build to the national building regulations, they won't go beyond that. So, accessible homes are not being built. The only solution is that guidance for wheelchair liveable housing is included in part M of Ireland's building regulations.

"A 2021 Ombudsman Report, 'Wasted Lives' revealed that there were 1300 under 65s living in nursing homes, and many of these people cannot move to independent living because there is no wheelchair accessible accommodation in communities across Ireland. This is how serious the housing crisis is for wheelchair users across Ireland."

John Grace is a wheelchair user who has lived independently for about fifteen years with support from Irish Wheelchair Association.

He spoke about the struggles for people living rurally in Ireland how difficult it is to navigate daily life in rural towns and villages in Ireland.

He has experienced living in apartments with high door saddles and thick carpets, small features that made day-to-day life with a wheelchair very difficult.

"I am here today to urge the government to change the building regulations. I would urge people to think about what they would like to see change about housing. I hope local TDs will help me to get our national TDs to listen," he said.

Katie Kelly (25) is still living at home and she addressed that meeting by also referred the challenge of living rurally for a disabled person, depending on lifts from her Dad for education and work and how ultimately unsustainable that is for any family.

Despite her qualifications Katie was unable to continue an internship because of transport.

She applied for local authority housing for an opportunity to live her life independently. But Katie is still waiting years later.

"All I could do was be at home with my negative thoughts. And I just gave up. And my mental health suffered," she says.

"I want to be happy and I want to be proud of myself again and I live in hope that someday I will get a phone call that I have a home. My mental health is so important but so many people are struggling like me to be independent and to live independently." 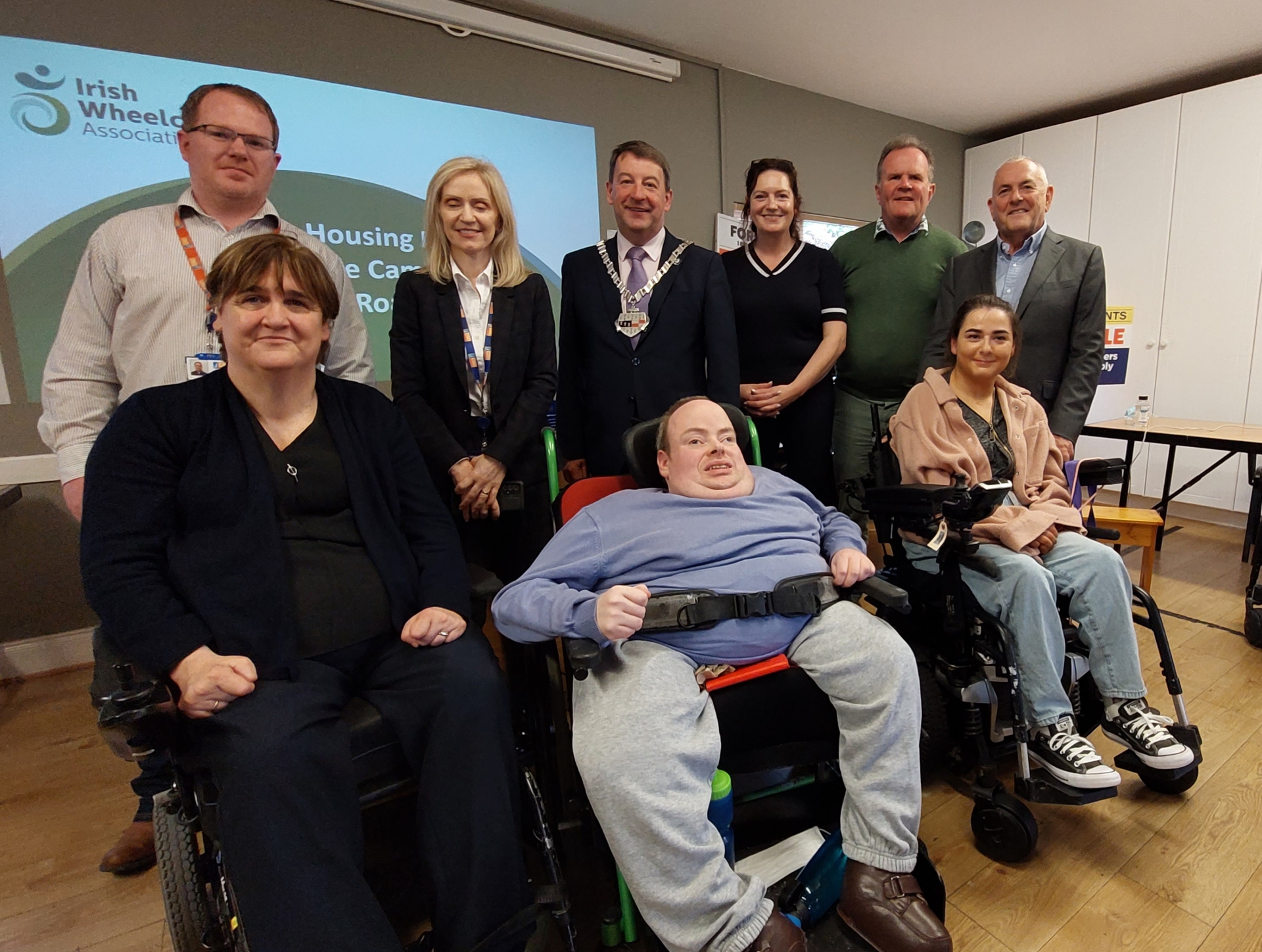 John McGuinness TD was the first politician to speak, saying he was moved and impacted by John and Katie's stories.

"People with disabilities should be prioritised on local authority housing lists" he said.

Mr McGuinness also said he would like to invite Irish Wheelchair Association members to speak to both councillors in Kilkenny and TDs in Dublin in the future.

Mayor of Kilkenny David Fitzgerald thanked all the speakers and noted that despite is background in property he had learned a lot from the speakers and the information about accessible housing and building regulations.

David Fitzgerald added, "We are all talking about retro-fitting homes for climate change and for energy but we also need to look at accessibility and usability for people within that."

Cathaoirleach Pat Fitzpatrick, who has worked alongside people with disabilities for over twenty years, told the Kilkenny People that the Council will be taking active steps in the next few months to develop a strategy that better addresses the needs of local citizens with disabilities.

"People with wheelchairs have a right to live in homes where they can put their children to bed at night and read them a story. These are fundamental human rights and we are looking forward to seeing what progress can come from today," she said.