35 years and still No Name 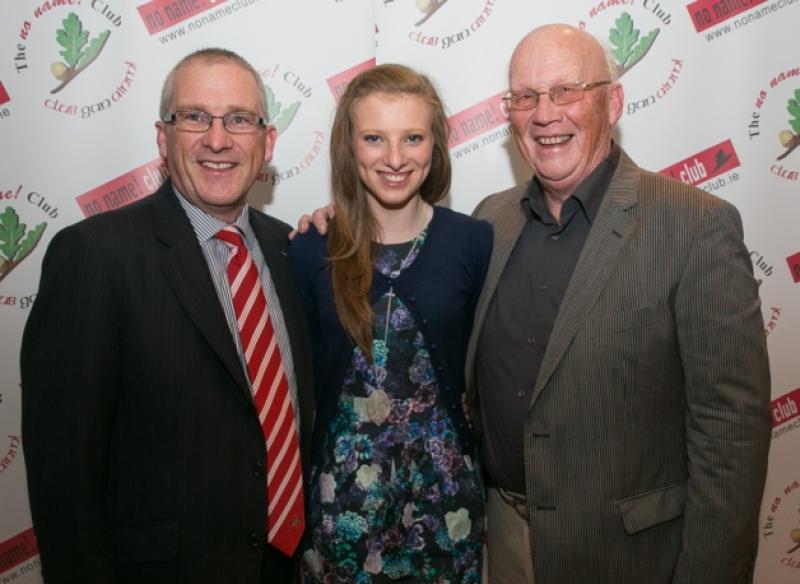 It’s been 35 years since three local men first put their heads together to come up with an alcohol-free alternative to pub culture for young people.

It’s been 35 years since three local men first put their heads together to come up with an alcohol-free alternative to pub culture for young people.

That special anniversary was marked last Saturday night, as over 150 adult volunteers and young members from No Name Clubs across the country gathered for an event in the Newpark Hotel. And those three founders of the Club – Eamonn Doyle, Eddie Keher and Father Tom Murphy – were on hand to reminisce and to marvel at where things stand today.

Even after a positive beginning back in 1973, none of them could have predicted the success into which it has grown. As Kilkenny’s young host on the night Alan Hayes observed, there is or has been a No Name Club in every county in Ireland.

Eamonn spoke on behalf of the trio, and recalled the evenings spent in the Newpark Hotel discussing and planning the possibilities for the Club. National chairman of the No Name Club, Carole Goulding, also made an entertaining speech.

Eamonn’s son, Shane, has been a part of the No Name Club since a teenager and now as an adult volunteer. It is particularly fitting that this September, his daughter Aoife became a No Name Club hostess, making her the third generation of Doyles to be involved.

The evening’s dinner had also been preceded by a day of practical workshops. The Club has a busy schedule of events and activities lined up for its 50 or so teenage hosts and hostesses throughout the year.