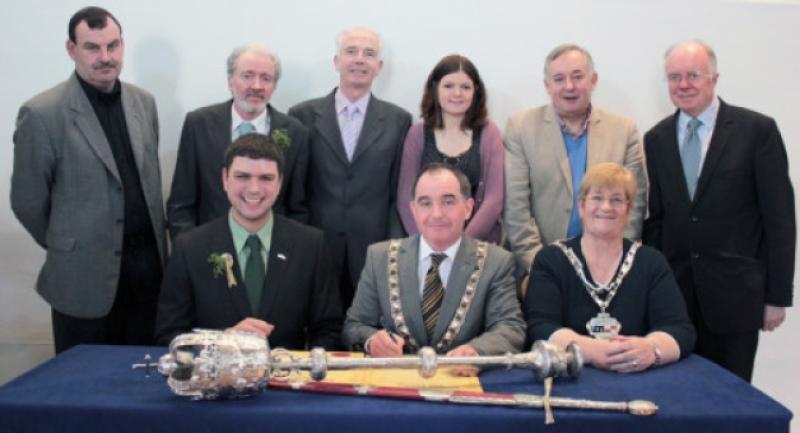 Kilkenny has officially twinned with its namesake American city of Kilkenny, Minnesota USA.

Kilkenny has officially twinned with its namesake American city of Kilkenny, Minnesota USA.

Mayor of Kilkenny (Ireland) Sean O’ hArgain signed the pact with his American counterpart Mayor Kevin Taafe over the St Patrick’s weekend. The small mid-western US town will now attempt to forge cultural, heritage, economic and other links with the city after which it was named.

Mayor Taaffe and his wife Angela also paid a visit to Rothe House and Garden on Friday afternoon. He presented a copy of A History of Kilkenny, Minnesota to Peter McQuillan, president of Kilkenny Archaeological Society. He was then presented with the baptism record of his illustrious ancestor Dennis Doyle – the first Kilkennyman to settle in Kilkenny, Minnesota.

After the twinning ceremony on Saturday, Mayor Taaffe was introcuced to John and Michael Shortall, descendants of the early settlers, one of whose cousins still lives in Minnesota and is known to the mayor.

Members of Kilkenny Borough Council paid tribute to Kilkenny People photographer Eoin Hennessy, who last year visited Kilkenny, Minnesota to meet the mayor and lay some of the groundwork for the initiative.