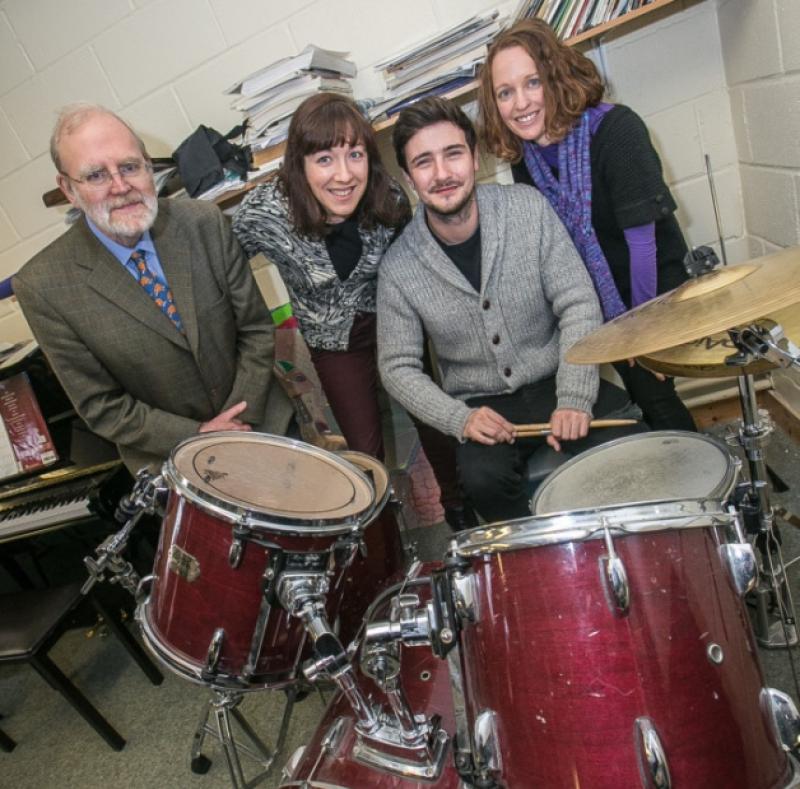 Kilkenny College welcomed one of its own back a star yesterday, with Kodaline’s Jason Boland stopping in for a visit to his old school.

Kilkenny College welcomed one of its own back a star yesterday, with Kodaline’s Jason Boland stopping in for a visit to his old school.

Jason, who graduated from the school in 2006, is the bass player in the band Kodaline. They are currently enjoying phenomenal international success, winning the EBBA award for an Irish act at the Eurosonic Music Festival, as well as the Public Choice Award.

Jason spoke to music pupils about his time in the school; the subjects and activities he enjoyed and the third level courses he chose. In two question-and-answer sessions, he described life in a successful band, how songs are arranged and composed.

He also discussed his experiences of some concerts, festivals and travelling the world. He revealed that the group still cannot quite believe everything that’s happening, and said that playing in front of 26,000 people at Electric Picnic was less terrifying than standing in front of the students.

On Wednesday, Jason and the band will be heading to the USA for a new packed tour schedule.

“The ‘College and in particular the Music Department are very proud of the past pupil and grateful to Jason for giving so generously of his precious free time,” said deputy headmaster Aubrey O’ Keefe.

Kilkenny College hopes to see him (and possibly the band) again, soon.