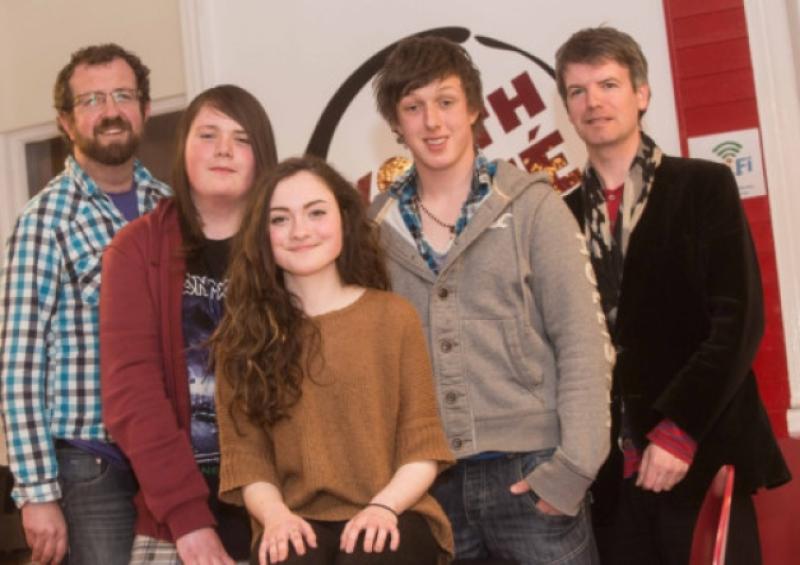 ‘Acoustipalooza’ is an acoustic music competition that has been taking Desart Hall Youth Café by storm in the past eight weeks. Young singers, songwriters and musicians from all over Kilkenny went head to head every Saturday in weekly heats to battle it out for a place in the grand final.

The grand prize for the winners was one days recording studio time kindly donated to the Desart Hall Youth Café by Broderick’s Music, Kilkenny. The equally-sought after runner-up prize was a four-hour recording session with On the Road Recordings.

The Rantin ‘n Bantin youth programme from KCLR was on hand to record the music and atmosphere on the night and the overall competition was a great success showcasing the incredible talent in Kilkenny. The judges for the grand final were Canice Kenneally, Grace Power and Mick Greene, who all agreed that the quality of the two finalists was extremely high.

Speaking to the Kilkenny People, Mick Greene, who is also a youth worker in Ossory Youth, said both artists deserved their place in the final and had forced the judges to make a difficult decision in the end.

“We wish Emily, Bill and Danny every success in the future and we hope that they come back to entertain us again in the Desart Hall Youth Café.”

Based upstairs in Ossory Youth on New Street and open since November 2012, the Desart Hall Youth Café offers young people a safe fun environment to hang out, eat good food at really competitive prices, listen to live music, avail of free wifi and make new friends. The café opens every Saturday from 1.30 to 5.30pm and is open to all secondary school students.

The café has been developed and run by Youthink, a youth group who meet each Saturday evening in Ossory Youth, with group members voluntarily staffing the café each week. The cafe is now seeking additional young people aged 15-18 years to supplement the staff team and gain new skills along the way.

The group are also welcoming young musicians who would like to perform any Saturday in the Café. If interested, check out the Desart Hall Youth café facebook page, contact any of the Youthink members or Rebecca Carbery, Ossory Youth 087-7377556, or just drop in to Desart Hall.