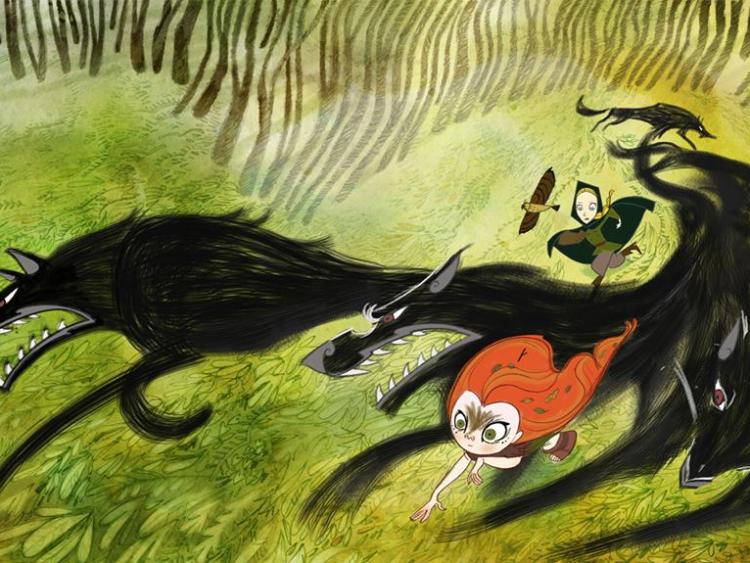 Stunning visuals and hauntingly beautiful voicework are the hallmarks of a short clip of the trailer of Wolfwalkers, Cartoon Saloon's fourth film which is currently in development.

The twice Oscar-nominated studio is in the early stages of developing the film, which is set in a time of supersition and magic and tells the story of a young apprentice hunter Robyn, who comes to Ireland to wipe out the last existing pack of wolves.

The full trailer will be released later this week. To view see the video which is posted on Cartoon Creek's Facebook page http://bit.ly/2nf2G0E

Cartoon Saloon's upcoming feature film, Breadwinner is due for release in the US and Canada later this year and in Ireland in early 2018.