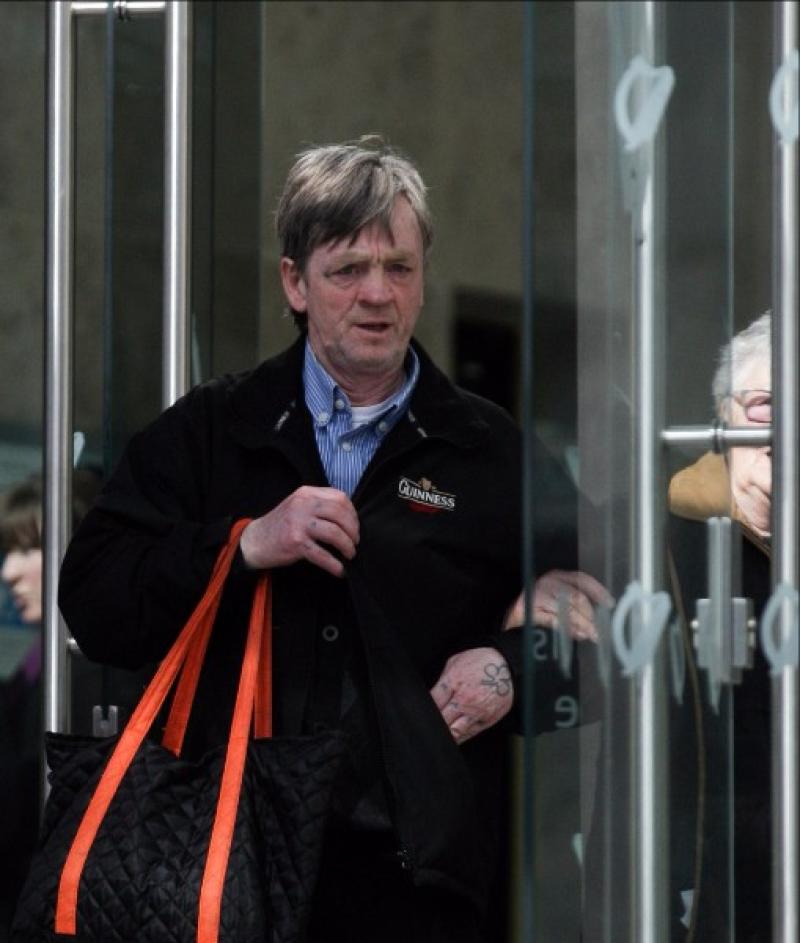 A cold-case murder trial has been told that a member of a bible study group strangled a widowed pensioner and set her Kilkenny house on fire shortly after a publican had dropped her home ‘for safety’.

Mr Malone (53) of Newpark, Kilkenny City has pleaded not (NOT) guilty and has gone on trial at the Central Criminal Court.

Sean Gillane SC, prosecuting, opened the case for the jury yesterday (Wednesday). He explained that this was an old case or ‘cold case’, but that he couldn’t take any advantage from that.

He said that Ms Smyth, who had lost her husband the previous year, had lived alone with her Labrador in a detached bungalow. He said she was very well known locally, very visible and loved a chat.

“The passing of her husband weighed heavily on her, and she was lonely in consequence,” he explained. “She had taken to sleeping on a chair in the living room.”

He explained that on Thursday night, 10th September, she went to a local pub, where she was well known. She was there from about 9pm to midnight, during which time she chatted with locals and had a number of drinks.

Although she lived nearby, the publican dropped her home. On the prosecution case, the publican was the last person to speak to her prior to her interaction with the person the State says was her murderer.

Mr Gillane said that a man driving by noticed her house on fire around 5am. He managed to open one window but was repelled by smoke.

The emergency services found Ms Smyth lying on the floor next to a burnt-out sofa. Her body had extensive burns, he explained.

There was no immediate suspicion, with it appearing to have been a domestic fire. However, on further examination, her cause of death was found to be asphyxia due to neck compression that had enough force to fracture her thyroid cartilage. There was also trauma to her head, he said.

A neighbour had heard an argument around 12.30am or 1am. There was ‘some give and take’ and a man was shouting: ‘Let me fucking in’ and ‘I’ll fucking get you’.

This neighbour knew the accused and said that it was he who was shouting.

Others on the street saw a man banging on Ms Smyth’s porch window, and one witness said a man with a speech impediment had asked him for a cigarette.

“On the evidence, you’ll be satisfied that was John Joseph Malone,” said Mr Gillane.

The prosecutor said that the 1987 investigation had run into the sand and no prosecution was initiated. However, he said that in 2005 a person came forward with some information that ultimately led to the case being resuscitated.

There was a public appeal for information in 2012 through the television programme, Crimecall,  and witnesses came forward.

A member of the same circle would give evidence that Mr Malone told him he’d strangled her.

“The prosecution case is that the man on the street shouting: ‘I’ll fucking get you. Let me in,’

was Mr Malone,” concluded Mr Gillane. “That he did get in, that he strangled Ms Smyth and set the house on fire, and subsequently admitted his guilt of same.”

The publican, who brought her home that night, was the first civilian witness to give evidence. Thomas Lahart testified that he was running O’Gorman’s Pub, also known as The Kilkenny Inn, at the time.

He recalled her being in his pub that Thursday night.

“I didn’t know her that well, just to see her, a small little woman,” he said. “That was the first night I said I’d bring her home. She said she’d be grateful.”

He said he drove her home, got out of the car and opened the passenger door to let her out. He asked her for the house key and recalled her taking it out of her pocket and giving it to him. He opened her front door.

“I walked into the hallway,” he said. “She turned on the light herself.”

He said she was a bit merry.

He thought it was around 12 o’clock or after that when he dropped her home. He didn’t know whether she had taken the key out of the lock and didn’t recall her closing the door.

He confirmed that she had told him in the car that her husband had died and that she was very lonely.

He agreed with Colman Cody SC, defending, that she had been drinking with a man, who had bought her a drink. He said he didn’t know who that man was.

He was asked how he came to give her the lift home.

“She was just there and she was ready to go home and I said I’ll bring you home Nancy,” he explained. “It was her age and for safety.”

The trial continues before Mr Justice Patrick McCarthy and a jury of five women and seven men. It’s expected to last more than three weeks.