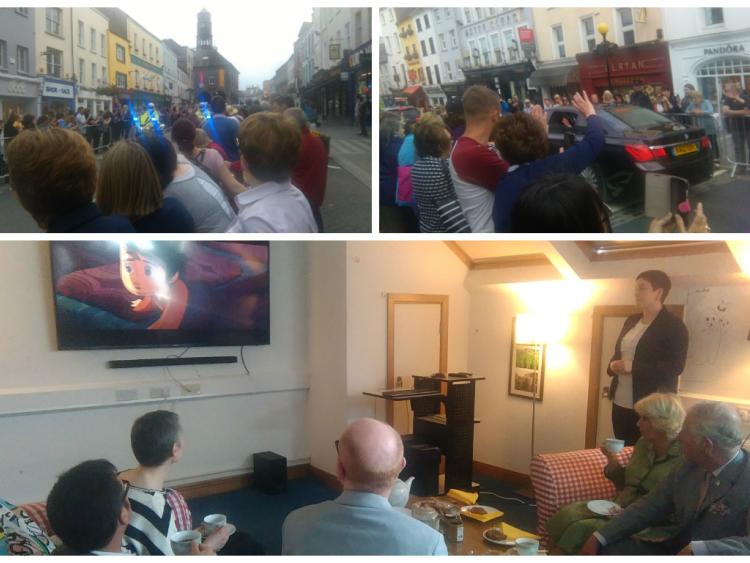 Top: The royal couple pass down High Street. Bottom: Watching some of Cartoon Saloon's fine work at the studio.

The Royal couple has arrived at animation studio Cartoon Saloon, having made the journey down High Street from Kilkenny Castle.

The streets of the city centre were lined with people to greet the royals on their way to the twice Oscar-nominated local studio. Crowds waved to the motor cavalcade, which was flanked by security, proceeded by a number of Garda motorcycles while helicopters circled overhead.

CEO of Cartoon Saloon Paul Young has said it is a great honour to welcome the couple.

"The Prince has an interest in art and animation and we will be showing him some digital watercolouring as well as a teaser from our upcoming feature film, The Breadwinner," he said.

The Duchess, HRH Camilla, has apparently already read The Breadwinner.

Meanwhile, her outfit has been admired by several commentators. According to Clarence House, she is wearing a Magee tweed suit which she received as a gift during a previous visit to Ireland, as well as a Claddagh brooch.