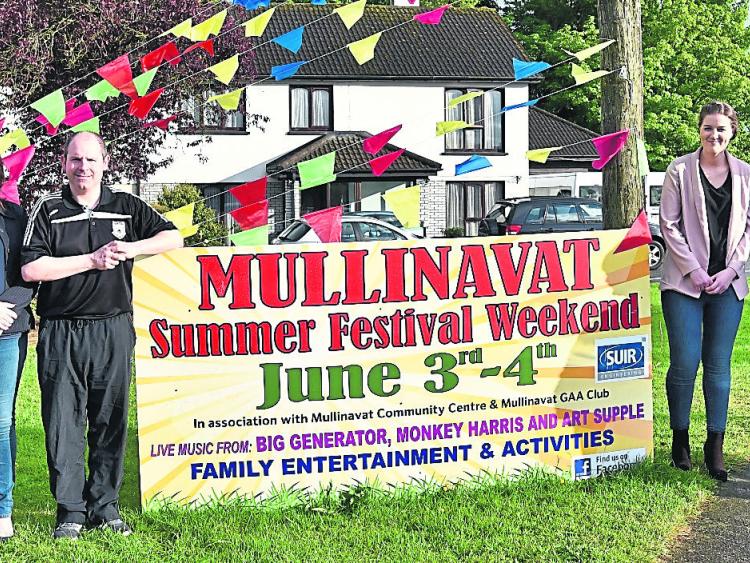 Mullinavat looks set to be the place to be this June Bank Holiday Weekend, with the inaugural summer festival shaping up nicely.
It will, in part, be something of an homage to the hugely-popular summer fetes of days gone by. It’s hoped the new festival format can become as popular today as the fetes were in the 1960s, 1970s and early 1980s.
The festival is being run as a joint fundraising effort between Mullinavat GAA Club and the new Mullinavat Community Hall.
It all kicks off on Saturday, June 3, with a village fair located in and around the beautiful new community center from midday to 5pm. A large number of local vendors will be showcasing their products, and there will be many other ctivities and attractions on the day including face painting, make-up demonstrations, children’s activities, and more.
Tea, coffee and tasty treats will be available, while musical entertainment will be provided by Paul Haberlin.
Saturday night sees the return to the community hall of a night of dancing with music by ‘Art Supple’. The show starts at 9pm and admission is €10.
On Sunday, festivities move to the GAA grounds where the theme ‘Matchday Mayhem’ will feature a 7-a-side hurling tournament. Further food and drink vendors as well as ice-cream and treat stalls will be available while children’s activities and games will be provided.
The festival weekend will culminate back in the Community Hall with a live performance by the Galway Rock Band ‘Big Generator’ supported by local band ‘Monkey Harris’. Admission is €15 and tickets are available from Centra Mullinavat or any committee member or through the festival’s Facebook page.
Organisers would like to thank main sponsors, Suir Engineering, Manor Properties, Speedy Hire and Greenstar waste Disposal, as well as the local community and the local businesses.
“Here’s hoping it’s the start of another 30 years of festivities!” says committee member Aisling McEvoy.